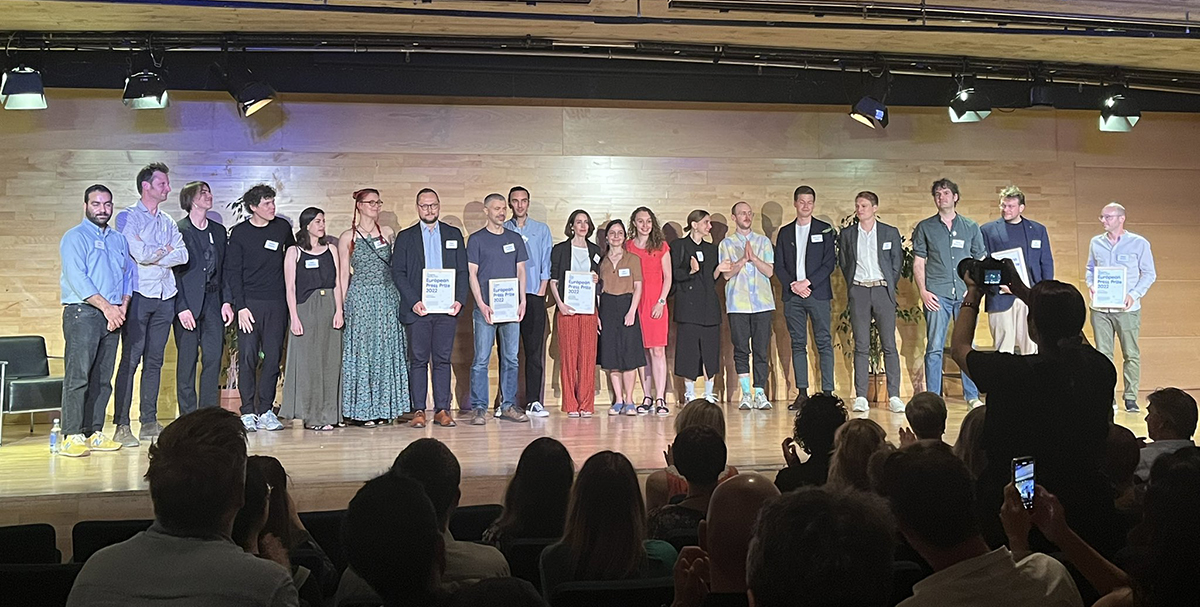 The winners and runners-up of the European Press Prize 2022. Check out all the stories.

The International Center for Journalists announces its annual Knight International Journalism Awards. The winners are a team of Ukrainian journalists whose searing images showed the world Russia’s brutal siege of Mariupol; an Afghan TV reporter whose investigations uncovered gross mismanagement of COVID-19 resources; a media visionary who pioneered online reporting and exposed corruption in El Salvador; Bellingcat and its executive director Christo Grozev for their innovative work debunking Russian disinformation about the war in Ukraine and linking the Kremlin to the poisoning of opposition figures.

French journalist killed in Ukraine. Frédéric Leclerc-Imhoff was killed after an armoured evacuation vehicle in which he was travelling was hit by shrapnel from a Russian shell in the city of Sievierodonetsk in eastern Ukraine.

Nations are nowhere on their climate commitments, and too few journalists are holding them accountable. Amid the pandemic and war in Ukraine, governments around the world have shown that they can act quickly and at scale when they want to. News organizations have done likewise—and, what’s more, have demonstrated an ability to keep up with more than one global crisis at a time. On climate, then, the question clearly is one not of ability but of attention and will.

The faces of China’s detention camps in Xinjiang. A new leak of Chinese government records reveals thousands of never-before seen mug shots of Uyghurs and other photos from inside the notorious internment camps, as well as new details of the national mass detention program.

‘No way to prevent this’: why the Onion’s gun violence headline is so devastating. After each mass shooting in the US come the familiar rituals: the thoughts and prayers, the presidential visits, the flood of media coverage – and a darkly memorable headline from a fake newspaper.

‘Death to the enemy’: Ukraine’s news channels unite to cover war. State-backed broadcast has strategic and practical justifications but some see it as dangerous monopoly.

Do we really need to see photos of mass shootings? Impact is not the only reason to argue for the publication of graphic photos; it’s possible to see doing so as a radical act of truth-telling, which is the function of journalism.

UK is SLAPP tourism capital of Europe but scale of ‘iceberg problem’ not fully known. The fear of crippling legal costs and pre-trial pressure make SLAPPs such an effective tool to force self-censorship.

Afghan female journalists defiant as Taliban restrictions grow. Taliban decree ordering female news anchors to cover their faces on air is the latest in a series of escalating restrictions.

IJ4EU relaunches: €1.23M in grants for watchdog journalism in Europe. Bigger and bolder, the Investigative Journalism for Europe fund is back, offering critical support for cross-border journalism.

The Economist considers audio paywall as podcasts reach 3m people a month. The magazine’s monthly podcast listeners are now more than double its print subscriber base.