A conversation with Felix Salmon: online journalism, wonks and Fusion 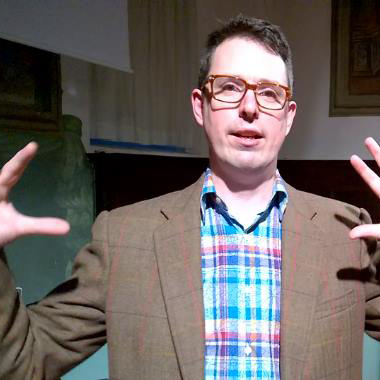 Felix Salmon’s recent relocation from Reuters to the online operations of Fusion, a new cable channel co-owned by ABC and Univision, sparked a huge debate in the media world, with relevant articles popping up on the New York Times and Gigaom alike. The move fits into what seems to be the fresh trend in the online media panorama.  For example, Ezra Klein abandoned “Wonkblog,” hosted by the Washington Post, to start his new online venture Vox.com, while Nate Silver recently re-launched Fivethirtyeight.com by ESPN, under the same Disney ownership as Salmon’s Fusion.

Salmon is the perfect example of the “wonk” phenomenon, and his new adventure at Fusion perfectly illustrates his idea of online news and what it currently stands for. Salmon himself doesn’t have a clear picture of how Fusion.net will turn out; he will continue from where he left off after his departure from Reuters, but with the freedom to communicate in new, innovative ways, always pursuing the “wonk” philosophy of his previous work.

Could you define what you mean by “wonk?”

It’s about context, it’s about explanation, it’s about policy rather that politics, it’s about understanding what’s going on in the world rather than just being told what happened in the past three hours. I think it’s just about understanding things. The online news cycle can be very fast, it’s kind of addictive in its own way, but also just socially pretty useless. What wonk means to me is to just go the other way and say: let’s talk about substance, let’s actually try to understand what’s going on, and if the most important thing is something which hasn’t changed in the past three years, then we’re still going to try and explain it really well, it doesn’t need to be new.

You’ve said that you joined Fusion because working for the website of a cable channel would allow you to communicate more freely, the TV department being the money-making machine. Don’t you fear, however, that a TV channel’s dependence on audience shares could transfer to the channel’s website, limiting your freedom?

I’m trying to distance myself from the television channel, I’m not part of Fusion as a television channel. Fusion as a television channel needs the ratings primarily to persuade the cable companies to pay to carry them; and secondarily to persuade the advertisers to pay to advertise on the channel. That’s where all of Fusion’s money is going to come from. So getting traffic onto a website doesn’t of itself help either of those things: if I get lots of traffic to Fusion.net, that doesn’t mean that the cable company is going to pay more for the television content, it doesn’t mean advertisement is going to pay more for television ads. So in that sense the reasons why Fusion TV wants ratings don’t cross over to the digital side of things, or at least that’s what I’m hoping.

Fusion.net has a very different audience compared to Reuters. How much do you think your work is going to change?

For one year I had this thing called Felix TV, which was loads of fun: it was a single format of three or four-minute videos. I realized I could do things in those videos that I could never do in a long, wordy blog post. Now I’m thinking: I have my animations, I have data visualizations, I have videos and interactives, I have so many different tools at my disposal; I have this massive team of really talented people in Miami that can help me create these things. Anything that I want to communicate, I now have this really long menu of choices, of different ways to communicate. When I was doing Felix TV, sometimes I would think “this thing makes sense as a blog post” and “that thing makes sense as a Felix TV video.” I can now combine anything that I like, I just have way more options than I had before.

How do you think the “wonk” concept fits in with the direction media is moving towards now (see Buzzfeed, GIFs, short videos, etc.)?

I think it’s not really in conflict. Both of them in their own way are about giving people something they feel better for having consumed. I love Buzzfeed’s lists, I love Buzzfeed’s quizzes, I love slow motion GIFs of Beagles, all of that stuff; it’s something that I would share and say “oh my God it’s a baby sloth!” But it’s also a way of explaining things. One of the things that I want to do at Fusion is to copy a lot of what Buzzfeed is doing: people find it much easier to consume information if it is broken up into lists, if there are images, if there are videos or GIFs, if you can break things up into chunks and just walk people through things a bit more easily. One thing Buzzfeed is very good at among many things is that it doesn’t emphasize the new that much, it doesn’t ever say “breaking now, oh my God!” You can have a list or a quiz on Buzzfeed which is just as great today as it was six months ago, and that is the same kind of wonk journalism that I am talking about.

Do you think there is a future for non-wonks in journalism?

Absolutely! Wonks are parasitical on journalism, wonks need shoe-level journalists to do the job. We need people to go out there into the world and do the reporting and find out what is going on so we can then explain it. If nobody is finding out what’s going on, there’s nothing to explain. It’s a layer which sits atop and is entirely parasitical upon the real journalism; you can’t get rid of the foundation at all.