A dark time for Afghanistan’s journalists 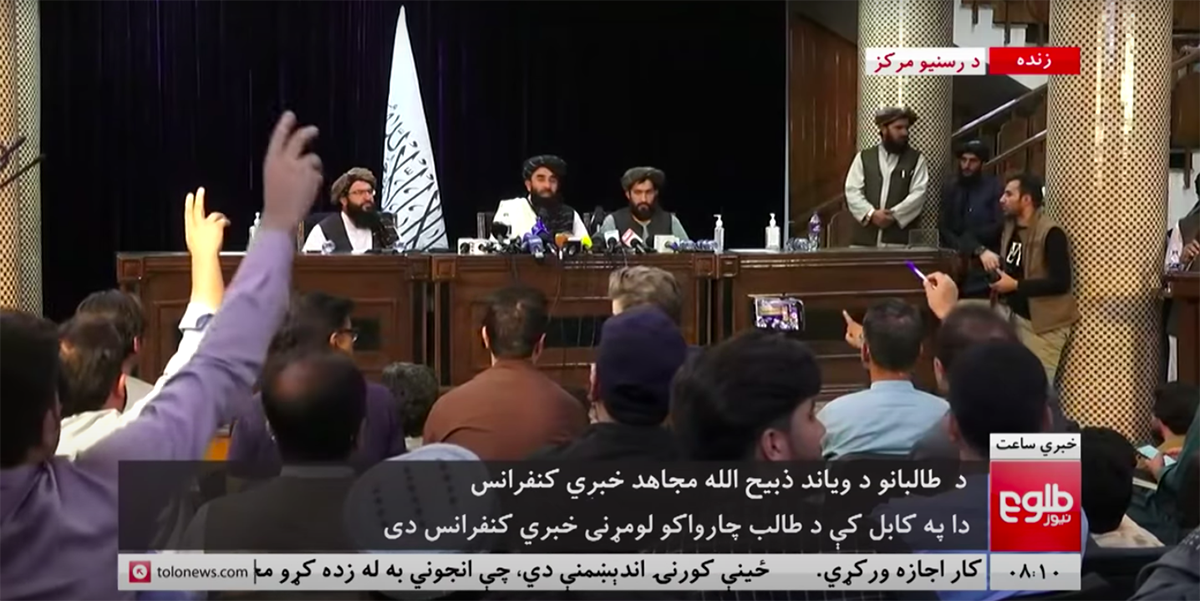 Taliban spokesman Zabihullah Mujahid’s press conference in Kabul. Here is the full video. “The real takeaway from the #Taliban presser was the courage of Afghan journalists – asking tough, direct questions of a group known to target people from the profession, rebutting when answers were evasive, asking more pointed questions when answers were vague.” Yogita Limaye

Female presenter interviews Taliban spokesman on Afghanistan television. Here is the full video. TOLO News sent female reporters home on Sunday for safety reasons but many have returned to work.

Afghan female journalist: I may not be alive by the time US can evacuate me. As the Taliban seized control of Afghanistan, CPJ has been fielding “hundreds and hundreds” of daily pleas from journalists asking for help to flee the country.

Substack’s global expansion is risky business. From India to Brazil, Substack is awarding grants and lending journalists editorial resources. How far will that support really go?

Molotov cocktail attack on home of Dutch journalist. Worrying increase in attacks on journalists in the Netherlands.