A lesson on freedom of speech 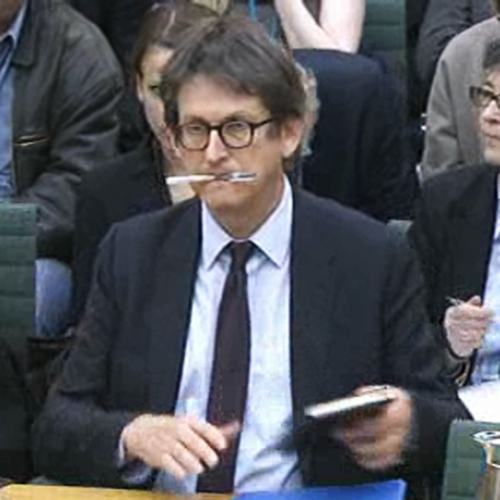 Journalism in discussion with power This week, Guardian editor Alan Rusbridger was summoned by the home affairs select committee of the House of Commons in London to attend a hearing on the revelations of the datagate case, published in his newspaper, and the treatment and dissemination of its sources. During the interview, Rusbridger defended the work of the Guardian and the role of the journalist as it is today in a global, hyper-connected and multi-level monitored society, gaining the appreciation of several colleagues. What emerged from the hearing is that the Guardian owns 58,000 documents and has published so far only 1% of them (exactly 26) and doesn’t intend to share many others. All information would have been examined by the monitoring system that recommends what to exclude for national interest matters (the DA-Notice), and published after being filtered by Rusbridger’s newsroom and the colleagues of the New York Times, with whom the Guardian shared part of the leaks, with a promise to omit some sensitive data.

The hearing of Rusbridger is just one of the episodes which explain how post-Snowden journalism is undergoing a radical transformation, influencing the way of working with the news (Suzanne Nossel of CNN and David Sirota of Pando). The entire landscape of the media industry has been affected – not least the news presented this week by Pierre Omidyar, the future editor of the newco of Greenwald, on the HuffPost – as there is an increasingly conflictual relationship between media and politics. In this “war on journalism” (which we have already discussed here) that has so far been expressed through obstacles and various intimidations, the legitimate work of unveiling the news in the public interest can easily be put ‘under investigation’, often awkwardly, as in the case of the questions submitted by the committee members, for many rather inadequate, which have provoked ironic comments. They are all exercises about the influence of power wanted by the same bureaucracy – as pointed out by Rusbridger – which has ‘missed’ those leaks that journalism, fulfilling its mission, publishes as far as it considers right. Carl Bernstein, one of the two reporters who provoked the Watergate scandal, responded to Rusbridger’s “lesson on freedom of speech” – as defined by Jeff Jarvis on Twitter – with a letter published in the Guardian (read the tweet of Dan Gillmor). Bernstein reminds us of the issue of the conflict between journalism and power, denouncing the interference “of the  governments in Washington and London” as represented recently by Rusbridger’s appearance before the Commons committee. It is an operation which is the fruit of a general ‘trend’ that seems to “erect the most serious barriers against legitimate news reporting” we have seen in decades. There are and there will always be tensions between the various protagonists who have built the Western democratic system, Bernstein concludes. His strong testimony, due to his professional history related to  Watergate and the publication of the Pentagon Papers, tells us that a truly free press, without governmental intimidation, is the only check against despotism, demagoguery, the collapse of democracy and “even criminality by leaders and government officials”.

In the digital age we are witnessing the redistribution of information – and therefore of the power – that changes the mechanisms through which democracy dynamics are widely described. Alec Ross, one-time Senior Advisor for Innovation to former Secretary of State Hillary Clinton, believes that this “omniscience” may be followed by a desire of “omnipotence”, to be exercised in different and much more sophisticated ways. In a speech reported by the London School of Economics blog of Charlie Beckett, Ross explains how these new weapons, coming greater access to information, can actually change the geopolitical structure of the world. Forms of surveillance, such as those that have been recently discovered, were unimaginable only few decades ago. It seems almost impossible to think of phenomena such as Wikileaks, which intends to react to these new control structures, as if they were antibodies born spontaneously. Therefore, the concept of the journalistic profession is becoming increasingly important: “The information age is not just the present, it is also the future”, Ross concludes. What remains to be seen is how the structures of power and reciprocal control – just like media and governments – will be balanced in an entirely new landscape.

The bubble of virality

From the industrial and editorial perspective, the destruction of the ten-year status quo in the world of journalism now seems obvious. In the English-speaking world a multitude of digital native portals are undermining, in terms of attention, investment and contacts, the hegemony of historic newspapers. This week, Farhad Manjoo of the Wall Street Journal interviews Neetzan Zimmerman of Gawker, who is responsible for the ‘viral’ content and is the bearer of an average of 30 million visits per month, a decisive portion of the general visits of the entire website (read the statistics of the website). The 32-year-old editor reveals to Manjoo his working methods, focused primarily on personal intuition, an almost inexplicable formula that allows him to understand – with the help of a newsroom and a network of online sources – what might ‘work ‘online, particularly on Facebook, to undermine, in terms of contacts, the New York Times. It is a gift: when I lose my edge “I’ll have to find something else to do”, Zimmerman says.

What the editor finds is the “gap for human intuition in an environment dominated by machines”. This week, the same gap lets more than one commentator say that the business model based on the virality of content – or on the production of content exclusively for this purpose – is sustainable in the short term (Mathew Ingram). A weak production structure (Bryan Goldberg of Pando), unable to reproduce with proven efficiency and predict on empirical grounds the actual success of a post, leaves to human intuition the whole secret of  virality. The same problem with advertisers, who cannot count on reliable performance or the actual return on their advertising investment (campaigns which almost always require surgical precision and planning). A “bubble” (Andrew Beaujon of Poynter) which has generated recently a set of websites specialized in viral content and that is imposing a new system of representation of the news (this week Mary Konnikova of the New Yorker explains the success of listicles from the psychological point of view). The basis of all these arguments assumes that the purpose of these new creatures is to do “journalism” (see the example of ViralNova reported by Harry Cheadle of Vice US and Alex Litel of The Wire, or the hoax of BuzzFeed in the last few days).

Newsweek back on the newsstand One news item of the week is the return of Newsweek, a weekly that last year stopped its print edition and now, with new ownership, will reappear on the market. A 64-page magazine that starting from January/February, according to the editor-in-chief Jim Impoco, would like to become an alternative to The Economist. At its best, Christine Haughney of the New York Times recalls, Newsweek reached 3.3 million readers in 1991, before declining slowly to its sale (by the group of the Washington Post to Sidney Harman for one dollar) and the unsuccessful merger with The Daily Beast, followed by the recent acquisition by IBT Media. The return to paper, after being stopped for months, has been defined by Lucia Moses of AdWeek a “counterintuitive” move.

At the same time, the New York Magazine announced a cut in its publications. It will be published only twice a month, not four times a month, with about 26 issues and three special annual editions. A sad fate for a newspaper symbol, according to the long analysis of David Carr of the Times, who speaks of the “end of an era”. More optimistic is Sarah Green of the Harvard Business Review, who in a post entitled “Publisher, Stop Crying Over Ink” explains that, considering the growth of website traffic (+19% over the last 8 months) and revenue from advertising on digital (+15%, overtaking those on paper expected in 2014), the step back on the newsstands would be nothing but a slow and natural evolution, not an involution, of the project. For Carr, Green says, it is evident that “print<digital, the result = bad” while the attention of readers is moving to multiple tools, “so media critics should leave their sad trombones at home”.