A reckoning over ‘objectivity’, attacks on journalists during protests, and the industry’s elitism 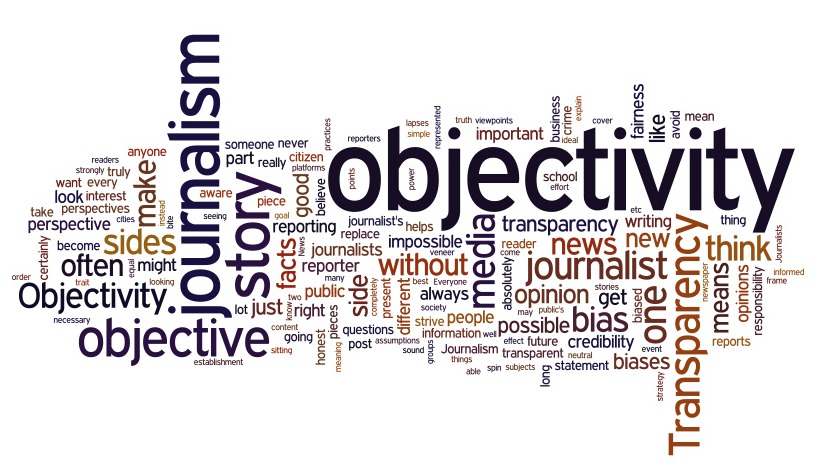 It’s time for journalism educators to rethink ‘objectivity’ and teach more about context. “Objectivity and journalism — over the last century, these two words have become inextricably linked. But striving for objectivity has actually hindered us from adequately covering truth, giving context and achieving equity. As educators, it is our role and responsibility to teach a journalistic approach based not on objectivity,  but on seeking truth, providing context, and including voices and perspectives left behind by the adherence to objectivity,” writes Gina Baleria, assistant professor of digital media, media writing, and journalism at Sonoma State University. “As Wes Lowery wrote in a recent New York Times opinion piece, a reckoning over objectivity has been a long time coming. In the wake of a deadly pandemic, an uprising over Black lives lost to police brutality and a recognition that many groups within communities are being covered as outsiders, that reckoning is now critical as we teach students to be more effective journalists. In turn, they can better contribute to preserving and strengthening our democracy.”

Turkish journalist arrested for tweet making fun of a 13th-century sultan. The charges stemmed from a tweet posted by Candemir on September 3, in which he made light of an upcoming series produced by the Turkish state broadcaster TRT. The show, which will dramatize the Seljuk conquest of Anatolia, is part of a trend of new programming glorifying Turkey’s past. Candemir’s tweet mockingly suggested prominent Ottoman sultans as characters for similar shows. Authorities didn’t find it funny and Candemir now faces up to two years in prison.

Al Jazeera will now have to register as a “foreign agent” in the United States. The US Justice Department on Monday declared that the Al Jazeera Media Network—the international news organization based in Doha—”is an agent of the Government of Qatar.” The DOJ has ordered the network’s US-based social media division, AJ+, to register as a foreign agent, a step the news outlet says will hobble its journalism.

BBC has given rises to 700 female staff since start of pay scandal. As the corporation prepares to unveil its first annual report under its new director general, Tim Davie, on Tuesday, the BBC has been rushing to settle most of the remaining equal pay cases in an attempt to give the new boss a clean slate on an issue that infuriated staff and damaged the corporation’s reputation.

Twitter rolls out new security features to prevent Election Day chaos. Twitter will start prompting high-profile political accounts to take heightened security measures ahead of the 2020 US election, the company announced Thursday. In a blog post, Twitter said that administration officials, members of Congress, political campaigns, major news outlets, political journalists, and other government officials will be prompted to take enhanced security measures ahead of the election. Over the next few days, Twitter will be automatically turning on password reset protection for these accounts while recommending that these high-profile users turn on two-factor authentication. These accounts will also be required to use strong passwords.

Spain’s second largest digital newspaper eldiario.es attracted 20,000 new members in one month after the editor asked readers to support its well-known investigative journalism in a heartfelt letter. The letter was first sent to employees and then published on the website. It announced that reporters would retreat from their newsrooms and work from home. Here, he underlined not just deep concerns about the imminent threat of the virus but also the future of the Spanish media. Despite the crisis, this call became a success story. The newspaper saw 20,000 new members come on board between March and April 2020, mostly signing up for a whole year.

Who’s interested in “slow journalism”? Turns out, mostly the same people who are into regular ol’ fast journalism. Slow news has been pitched as a way to break through the noise and reach audiences exhausted by the daily headlines. But it’s not the case.

A selection of readings on journalism – for journalists. The Reuters Institute crowd-sourced list of resources for journalists contains some of the best books and articles about the biggest issues journalism faces. It includes essential data and research reading on the role of journalism in politics, its impact on society, pressures on journalism, and the future of the industry.