A small step towards justice for Daphne Caruana Galizia, the investigative journalism legacy of Ján Kuciak, and the idea that being vulnerable means not being a good journalist 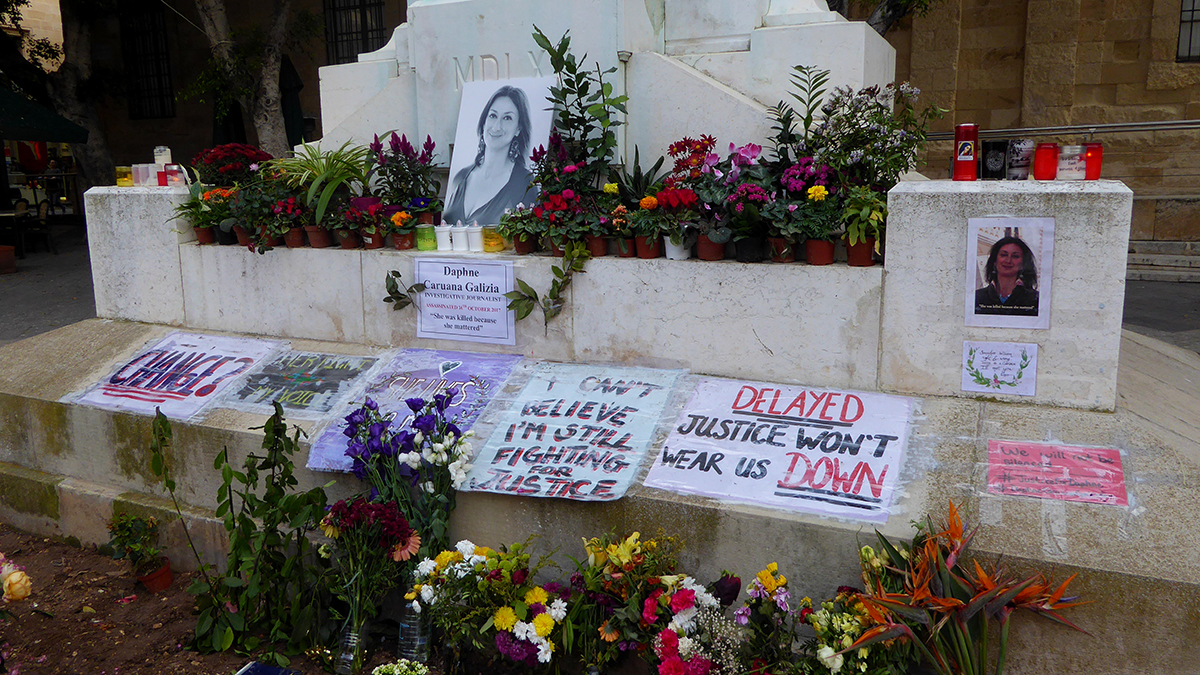 Daphne Caruana Galizia: a small step towards justice. Vincent Muscat’s guilty plea has led to charges against others in the case of the murder of the Maltese investigative journalist.

Slovak businessman accused of masterminding Ján Kuciak’s murder had judges in the palm of his hand. Ján Kuciak, a young Slovak investigative journalist who was murdered three years ago, never got to the bottom of what could have been the biggest story of his life. Long attuned to financial fraud and corruption, he was closely following the doings of Marian Kočner, a brash businessman who frequently appeared on television and in the tabloids to brag about his villas and sports cars.

We need to disassociate from the idea that being vulnerable means not being a good journalist. During the 2016 Panama Papers investigation, Mar Cabra was leading the data team at the International Consortium of Investigative Journalists. Having reached the top of her profession, and in spite of being awarded the Pulitzer Prize, Mar decided to walk away from journalism; she was burnt out.

Case studies. Insightful and inspirational reports from the organisations and people experimenting with engaged journalism.

Malaysiakini found guilty and fined over readers’ comments. Malaysia’s top court rules that the online newspaper has ‘full responsibility’ for its website, fining the publication $124,000.

Don’t defund the BBC. Understanding the BBC’s contributions to the British economy and society – and the concept of public value more broadly – requires a new conceptual framework. Rather than viewing public institutions’ role as being limited to fixing market failures, organizational structures like the BBC are also market shapers.

The spat between Twitter and the Indian government could catalyse global debate about jurisdiction and regulation. The outcome may set a benchmark on how clashing legal jurisdictions among democracies can coexist with the right of citizens to dissent without necessarily provoking hate or violence.

Sky News Australia is tapping into the global conspiracy set – and it’s paying off. The News Corp-owned channel is garnering millions of views across digital platforms with a slew of far-right conspiracies.

Facebook and the news after Australia: what happens now? The Australian law is a tougher version of legislation introduced in France and Germany several years ago, after the passage by the EU of new copyright rules on what are called “neighboring rights,” which apply to aggregators like Google News. The French and German variations of those laws have had mixed results, in part because they are difficult to enforce.

How to respond to disinformation while protecting free speech. Recommendations on how to address some of these issues without jeopardising independent journalism around the world.