Afghanistan: “I don’t know what awaits me in the future” 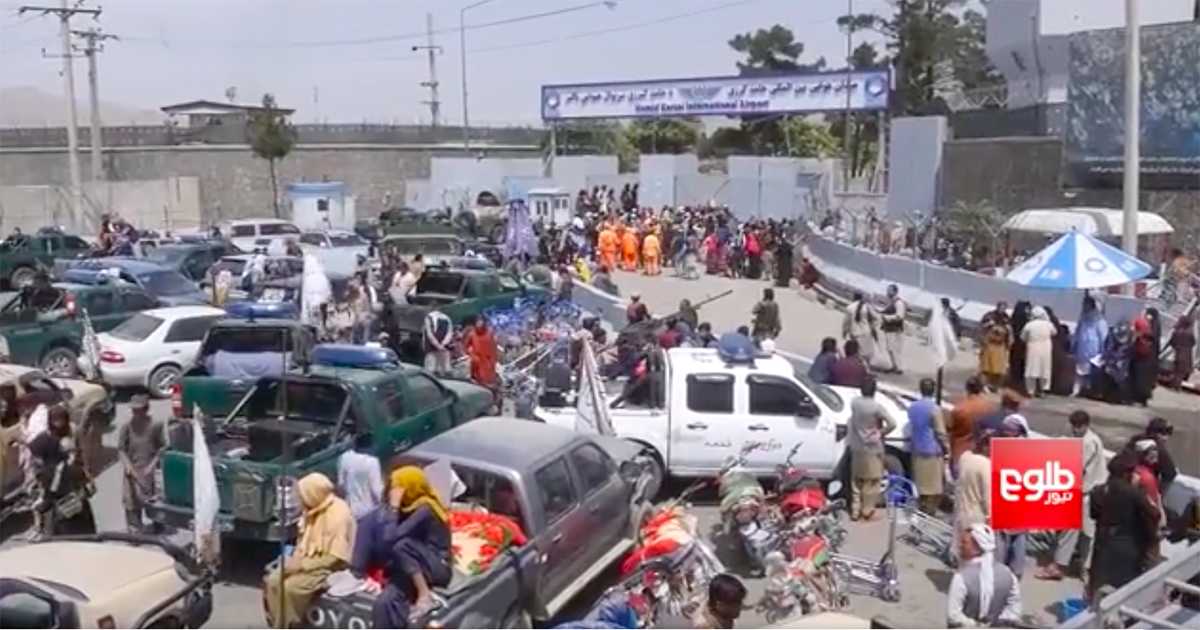 Afghanistan: “I don’t know what awaits me in the future.” Farida Nekzad is the managing editor of Pajhwok Afghan News, Afghanistan’s largest independent news agency, a 2008 winner of the prestigious International Women’s Media Foundation Courage in Journalism Award and the director of the Centre for Protection of Afghan Women Journalists. She fled Afghanistan on 24 August with her family.

‘It’s like Noah’s Ark. The doors are shut. No more animals are getting in.’ The mad dash to get journalists out of Afghanistan.

As staff flee, TOLO News vows to keep broadcasting from Afghanistan – for now. Saad Mohseni had a lot to worry about when the Taliban rolled into Kabul on August 15. Mohseni is CEO of the Moby Group, which owns and operates Afghanistan’s biggest news and entertainment networks, TOLO News and TOLO TV. The company’s 400 employees would have to adapt one way or another to the nation’s new, ultraconservative rulers.

When the voice of journalism is off-key. In the past year, the Columbia Journalism Review has joined other institutions in and out of journalism to look closely at our role in addressing racial injustice. CJR has long viewed itself as both an advocate of the press and a watchdog of media, twin roles that we take seriously. We have an obligation to model best practices in an industry that has imbued us with institutional authority. The stories in this package examine how this magazine has reflected the industry, at moments when we were effective leaders and those in which we were not.

‘Our readership is smarter than the Kremlin thinks’. Meduza talks to the chief editors of blacklisted Russian media outlets about their plans for the future.

Belarus Supreme Court dissolves Belarusian Association of Journalists. “Since widespread protests began in Belarus in August 2020, BAJ has bravely documented acts of oppression and violence against journalists by the state. There was clearly no place for its independent voice in President Aleksandr Lukashenko’s country.”

Politico is being sold for more than $1 billion; here are some of the smart moves it made to get there. Politico is still free to all. How? It recognized early on something airlines have known for a long time: It’s a lot easier to make a lot of money from a few of your customers than a little from everyone.

Investigating an emerging Asian news delivery platform: Android lock-screens. People often think of digital innovations as coming exclusively from Sunnyvale, but the Global South has a lot to offer too – especially when it comes to mobile devices. Like many Asian and African countries, Indonesia skipped the desktop era. When we think of digital, we have always meant mobile. More than 66% of the overall web traffic comes from this small device. So it should come as no surprise that this is where content distribution innovators have focused their attention.

On August 31, 2021, the Membership Puzzle Project officially came to an end. Here we share our notes on sunsetting a public research project that began as an intervention. The rise of membership models is happening around the globe. MPP was the first project that attempted to track it – but we did more than track it. We also gave the experiment material support.

How the pandemic (sort of) changed the way we consume news. From the moment the pandemic hit in full force in March 2020, it was clear that its seemingly all-encompassing magnitude was having a seismic impact on many people’s news consumption habits. Conversations on and offline routinely included discussions of how we were either unplugging from the news or being sucked in more deeply than ever. (Or both!).