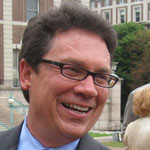 A mildly sociopathic Dutch adolescent lauches news on Twitter beating CNN to the mark, Wikileaks tips the world into a tizz, a new software writes in a flash baseball reports in impecable English ……. The book The Monkey that won a Pulitzer (March 2011) looks at the journalism of tomorrow through the stories of its new champions, everyday heroes (or delinquents, depending on point of view) who are changing our way of viewing the world. The key concepts are precision, speed, participation, transparency, freedom and beauty.

Politifact won a Pulitzer prize in 2008 for its fact-checking during the Presidential campaign. Der Spiegel has a fact-checking department of 70 people. But an increasing number of news organisations, especially online, relegate rigorous fact-checking to the optional in-tray. Opinion-based journalism constructs, frequently on very insecure foundations, while fact-checking deconstructs, gets to the source, seeks confirmation and/or proof, renders naked well-dressed but empty rhetoric. Fact-checking isn’t merely an extension of sub-editing, more a noble specialisation worthy of admiration.