Charlie Hebdo: the debate about freedom of expression 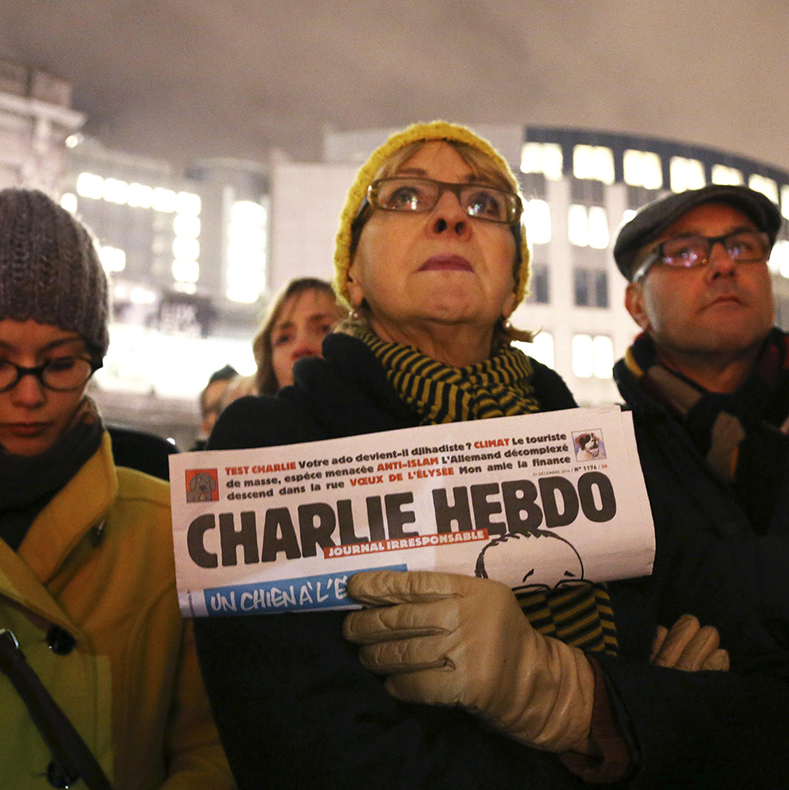 Charlie Hebdo is a French satirical weekly newspaper that has never spared anyone or anything, from politics to religion, including Islam. On 7 January 2015, the magazine’s Paris newsroom was attacked. Twelve people were killed, including four prominent cartoonists. According to almost all reports, the attack occurred because of the treatment of the image of Mohammed in some cartoons. “We have avenged the prophet,” one of the murderers allegedly said. The attack was interpreted as a threat to the freedom of the press in general and of satire in particular.

To tell the story to their readers, newspapers worldwide were faced with a choice: to publish the relevant cartoons, because of journalistic necessity and at the same time as a message in favour of free expression, or to limit themselves to a description of the relevant cartoons  – as they are considered too “controversial,” and/or to respect their editorial policy regarding the publication of any material which some of their readers might find offensive. The issue has led to a discussion about satire and its boundaries.

The result is a vast international debate: below (and on Spundge) there are some of the most significant, constantly updated, contributions.

Charlie Hebdo and the freedom of speech

The right to publish the cartoons, the boundaries of satire and freedom of expression.

View “Charlie Hebdo and the freedom of speech” on Spundge