Community: the best and the worst of humankind. But we can’t live without it 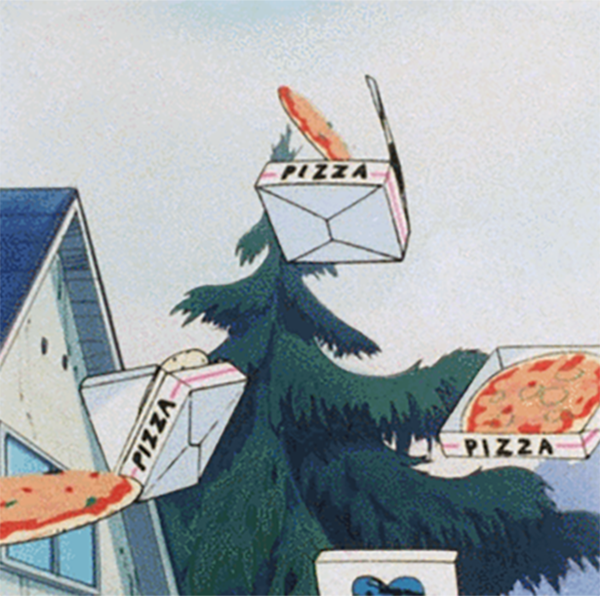 In recent years, crowdfunding has become the instrument used to create thousands of projects of all types. Why should magazines or journalistic initiatives go down this road? This week, the issue was addressed by Damian Radcliffe of The Media Briefing, who tried to give a possible answer. As reported by the last Digital News Report of the Reuters Institute (previously mentioned here), “audiences remain very interested in news; but the number of people who are prepared to pay for it online typically remains quite small.”

Since a magic formula – among paid apps, paywall, membership and micropayment models – has not yet been found, crowdfunding can easily become a credible alternative for the level of involvement that it generally exerts on communities, giving pressure towards active support.

What kind of project can crowdfunding help? Radcliffe distinguished three categories. The first type is for websites created from scratch, such as Krautreporter and De Correspondent. The second asks the public to pay the salaries of its employees, and therefore the economic stability of the outlet itself. The third case is similar to the example of Spot.US. It requires investment in specific articles or specific personalities and invites its readers to action, contributing to the success of a single project, proposing an interesting story, in order to support it from the start. At the base of all the models, however, there is always the centrality of the community.

Community, “the best and the worst of humanity”

.
This was also the week of the “controversy of Reddit,” “the frontpage of the Internet” thrown into chaos after the boycott of several volunteer moderators, who blocked access to some of the main communities of the platform as a sign of solidarity with an administrator who’d been fired.. Online communities “attract the best and the worst of humanity,” comments on Re/Code Gina Bianchini, current CEO of Mightbell, mindful of the protests on Ning – a platform similar to Reddit – a few years ago.

“In my experience, it’s almost impossible to create a place for the best of humanity without opening a Pandora’s box of the worst.” According to her opinion, however, it is necessary to talk to one’s own community, establishing clear rules, working on ways and tools adopted in the exchange, and investing in moderation.

Online comments are one of the classic issues of the debate on new media, with opinions ranging from the complete opening of exchanges to the total closure of the forms. This week, an article entitled “We’re turning comment off for a bit” was published on The Verge, in which the closure of comments on the website throughout the summer was announced. The relationship with our readers “gets too intense” – says Nilay Patel in the post – becoming, sometimes, “too aggressive and negative.” According to the website, this supposed race towards comments could only lead to a dead-end, a never-ending “bad feedback loop” that needs to be stopped. Forums will remain open, the conversation on Facebook and social networks will be accepted and encouraged, but in the meantime, “let’s all take that minute and relax.”

What does Facebook want to do with all this journalism?

Facebook. A platform on which you can read and comment that has been the focus of online journalistic debate for years. This week, Jeff Jarvis and Mathew Ingram wondered if Facebook has a responsibility towards journalism, becoming so influential and central for the market and news ethics, for the way news is read and shared. In essence, Jarvis wonders if among the missions of Facebook there is also a society informed in a dignified way, with all the public responsibilities that this aim entails.

The answer is that Facebook is probably not going to make an informed society the center of its work – otherwise, it would have taken steps to create its own news, with its own editorial staff. According to Jarvis, to dialogue with these technological companies is however a categorical imperative. Sooner or later, Facebook, Google, and the others – he explains – will realize that news is not just content to be shared by its users, but that journalism entails precise obligations. At the same time, journalism will understand that it should reciprocate social media with he same interest. “Facebook, Google, Twitter, Snapchat, Apple, Amazon…. We need to build bridges or we will be left as islands.”

the @nytimes, for the first time publishing on Whatsapp. pic.twitter.com/211j6dPwko

In the last few days, for example, the New York Times has launched the first live alerts on WhatsApp (the topic of journalism and WhatsApp was previously discussed here). The newspaper is following the Pope’s trip in South America, updating readers – who subscribed to the service sending the text “POPE” to a predefined number – on the quotes of the Pope and his journey. It is difficult to know the real number of readers, and it is too early to say whether the experiment will be a success, NYT told Madeline Welsh of NiemanLab, but the fact that WhatsApp has about 800 million monthly active users worldwide means at least trying to find a way to reach them.

How is the TV?

Reading data on the use of mobile, which is continuously growing especially for receiving news, it is no surprise that an old print publication is experimenting with this type of tool as much as possible. According to numerous indications, the mobile seems definitely to be the direction users are shifting towards as the future of media. According to a search of Miner & Co. published this week on AdAge, for example, TV is not the preferred “screen” by children who have access to tablets and smartphones. More than 57% of parents reached by the survey stated they prefer their child watches videos on one of these devices rather than on television.

The research, however, became public the same week in which – according to the Guardian – the BBC was considering moving its news channel onto the Internet, closing the television one. “The BBC News channel is the most watched 24-hour news channel in the UK, reaching 8.6 million adults each week. But like TV news more widely, the channel’s reach has fallen over the last three years,” said news director James Harding, explaining that the new technology, and tools such as social media, are considered a major cause of this trend. “This represents an opportunity as exciting as the launch of 24-hour news in 1997 and will force the BBC to think how best we reach people.”