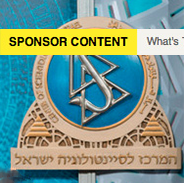 The Atlantic and the advertorial of Scientology

This week was mainly dedicated to the The Atlantic-Scientology ‘case’, and the debate that it has generated. This marks somewhat of a reversal compared to a few weeks ago regarding the subject of native advertising. At the end of last year, this definition had become a buzzword and a significant opportunity to overcome the crisis of advertising, giving hope to the economic sustainability of online news. Nevertheless, there have been some articles recently in which there have been warnings about sponsored content risks (Keller and Beaujon in Bloomberg Businessweek and Poynter), a lesson that can be learned (Ingram in the PaidContent) and a list of the pros and cons of these type of ads (promotional pieces with the layout of a normal post but characterized as special advertiser feature, or sponsor content).

The case: last Monday, the website of the historic magazine The Atlantic published an advertorial (derived from advertising and editorial) entitled ‘David Miscavige Leads Scientology to Milestone Year’. The piece, an advertisement commissioned by the Church of Scientology, revealed, in a promotional way, some data about the ‘cult’ inspired by Ron Hubbard and gave news about its expansion and the construction of new centers. This caused many criticisms. In the newsroom –  some members swore on Twitter that they didn’t know anything about the article or distanced themselves from this decision – deciding to remove the piece twelve hours later and apologize to the readers. However, this behaviour did not prevent inevitable ironies. The most  theatrical was that of The Onion, the website specializing in hoax, which launched a fake advertorial entitled “SPONSORED: The Taliban Is A Vibrant And Thriving Political Movement“. Dean Starkman, of Columbia Journalism Review, notes that one of the most serious errors is to have enhanced the moderation of the comments for that specific post. For this reason, for a certain period of time, the article reported a majority of positive or, at worst, harmless feedback towards Scientology.

Many have tried to broaden the question, trying to analyze why there was so much clamor. Some people believe that it had such resonance because the unfortunate protagonist was a historic and respected newspaper. Others think the fault is of the theme of the advertisement, the controversial organization of a religious nature – “Isn’t an appropriate subject” – regardless of the host platform (which still offers this service to other advertisers). Charlie Warzel of Adweek, speaks of the “real problem of native advertising,” fearing it is an episode that will teach customers and media corporations to treat this tool with a certain discretion, inserting sponsored feature, appropriate to the tone of the website, “the only way to have any chance of success” by this means. It is a point of view that is in line with that of Shafqat Islam, co-founder of NewsCred, which focuses on the definition of native advertising. For Islam the ‘accused’ definition of native advertising would not be perceived in that way because it was foreign (and therefore not native) by readers who are already strained more and more in distinguishing between published material and advertising content – as explained by Andrews of GigaOM in one of our posts, at the end of December.

Recently, a sentence issued by a New York court has tried to shed light on the eternal dispute about intellectual property rights of the images published on Twitter. Photographer Daniel Morel, who worked in Haiti after the earthquake in 2010, has sued the Agence France-Presse and The Washington Post for using his photos, shot on the island and published on social networks, without any permission from the author.

The images were taken from AFP, uploaded on the website of Getty Images stock photos and, from there, traced by the newspaper of the capital. They were re-used by the two media corporations with the certainty – according to the defense argument – that once uploaded on Twitter they become freely usable by anyone. Manhattan district judge Alison Nathan, who was not of the same opinion, upheld the appeal of the photographer and determined that the news agency cannot use unconditionally the images found on social networks, violating copyright law.

This matter involves issues on a larger scale. For the first time there has been a decision of a legal nature on a case which was created and developed on the contents uploaded and taken from social networks. However, the case remains unclear. If on the one hand it is true that the policy of Twitter, known through the terms of service, clearly shows that the content published on its platform cannot be used by third parties, on the other hand we have to consider the decision of the court in distinguishing between the sharing of multimedia products through practices such as retweet, and the behavior of agencies such as  the AFP, who wrongly interpreted the process of republishing as ‘license’ for their free commercial exploitation. “Users own their photo”, confirms Twitter to Reuters.

It is an extremely relevant issue. In England, there has been a debate on the use of the images taken from Twitter by some newspapers for the coverage of the crash of the helicopter in the centre of London. “The speed with which the media used eyewitness photos posted on Twitter is not surprising given the nature of the story, but it raises an issue about copyright”, writes Lisa O’Carroll on The Guardian. In the past, – O’Caroll continues – such material was called user-generated content or citizen journalism, but now, with Twitter, everybody can and everything is potentially ‘news’, so it becomes necessary to have full knowledge of its terms of use.

Regarding the question of the images of Reddit used by Buzzfeed or the updating of the standards of service of Instagram, Jeff Roberts on PaidContent explains that: “This tension over photographs is only going to grow as smartphones spread and people post more pictures online. Meanwhile, social media images are becoming ever more essential to news reporting”. Roberts concludes that: “There is no easy solution to this copyright mess” despite the suggestion of John Herrman on Buzzfeed who writes: “Want to publish a Twitter image legally? Just embed it” (the process by which, through the copy and paste of the HTML code of the entire tweet in the post, you can incorporate the images of the author in the text, letting the legal question remain, in practice, in the hands of the Twitter platform).

Manti Te’o is a linebacker of the Notre Dame football team, a Hawaiian-born boy who triumphed on and off the field for his dedication and talent. During 2012, according to the news, he played despite two painful losses shortly before the games: the death of his grandmother, and a few days later, that of his girlfriend of many months. Lennay Kekua, who suffered from leukemia  and supposedly died following a car accident in California, last September. This week, the sports blog Deadspin has examined the case and found that the girl never existed.

This could have been a hoax, followed, published and never verified by numerous national and global publications (here the story of its ‘spread’) such as ESPN and Sports Illustrated. According to many – including Michael Calderone, the Senior Media Reporter of the Huffington Post – more than a case of negligence, this was a kind of implicit acquiescence towards a story that seemed, as it was built, highly ‘saleable’. A moving portrait  which the media dashed headlong for, an athlete who loses his sick girlfriend, and decides to play anyway. A perfect “archetype” that has stood for weeks, “because media wanted it to exist”, explains the Deadspin‘s founder. A case that “reveals how the media helped spread falsehoods that, if checked out, would have disrupted a feel good story”, Calderone specifies. “ It’s amazing that news outlets were so quick to cover a woman’s death without any verification – an obituary, local report from the funeral, or comment from the family”.

The case was embarrassing for dozens of the people. It involved and led astray various kinds of newspapers and media. On SB Nation for example, it is possible to find a list of those who never checked. It begins – deservedly – with “us” and continues with “you” (Jack Dickey and Timothy Burke – the authors of the post on Deadspin – excepted). It took around four months to bring the hoax to the surface  It was discovered by ‘insiders’ and not through citizen journalists. However, this brings into question  journalistic ethics, the duty of  checking and of the public sharing of more possible sources, in order to be able to contextualize the article and make it ‘stronger’. Steve Buttry, for example, refers to the accuracy checklist of Craig Silverman, a vademecum that should accompany the reporter in the preparation and verification of the news he is reporting, and stresses the importance of the publication of the links and their consultation to avoid other similar situations (the only link present in the article of ESPN referred uselessly to the sport statistics of Te’o). Karen Fratti, on Mediabistro, takes this opportunity to recall how the fact checking process is important in the era of digital journalism paying attention to the sources, on social media or not, and to the use of the basic tools of the profession – with a dose of common sense and skepticism.

Last Wednesday, with an internal email, The Washington Post decided to update its corrections policies in the online edition of the paper, a set of codified rules with “the intention to ensure that on line mistakes are corrected as quickly as possible”. They range from the formulas used for corrections – to attach to the end or at the beginning of the post, depending on the severity of the mistake – to the prohibition to remove from the net items previously published. “In that case”, “the memorandum states, “the piece will be replaced by a note explaining the reasons for the removal.” Craig Silverman of Poynter is slightly skeptical about this decision because adopting the explanation “published inadvertently” would not clarify the reasons for the deletion.

Meanwhile, last Tuesday, the newspaper suspended William Booth, the bureau chief for Mexico, after the journalist admitted to have illegally copied four paragraphs from the academic journal Environmental Health Perpective, used in an article about the extension of the Panama Canal published, on January 12th 2013, with an editor’s note of apology. “It is the Post‘s policy that the use of material from other newspapers or sources must be properly attributed”, explains the note of the newspaper, which will consider the case seriously and demanded the public apology of the journalist – who said he was deeply sorry but defended himself by explaining that he did not act intentionally.