Five must-see 2022 films about investigative journalism, the relief of missing out on news, and Haitian journalists Frantzsen Charles and Tayson Lartigue shot dead 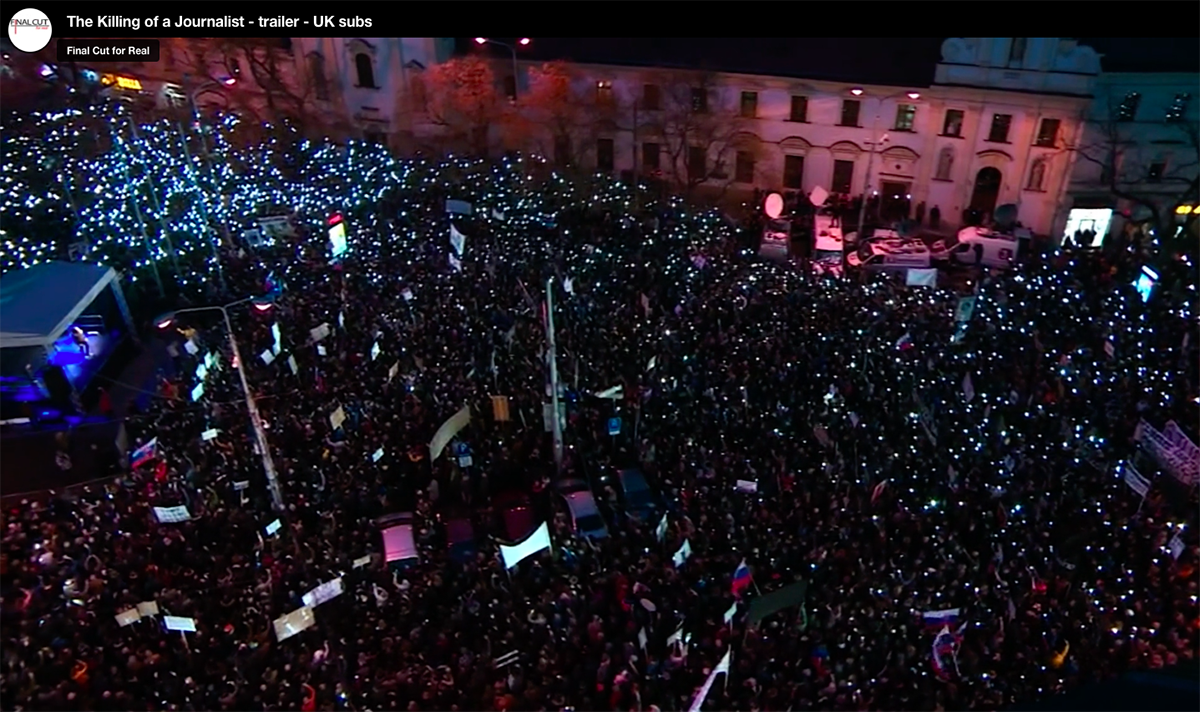 Five must-see films about investigative journalism from 2022. A range of films released in 2022, which include documentaries and feature adaptations of landmark investigations, provide insight into the diligent and often dangerous work of investigative reporters, including the stories of two journalists killed in relation to their work.

The relief of missing out: anticipated anxiety is a big reason why more people are avoiding the news. News avoidance is a very real phenomenon and, frankly, a deeply rational one for many people who see news as high risk, low reward.

Haitian journalists Frantzsen Charles and Tayson Lartigue shot dead while covering violence in Port-au-Prince. Charles, a reporter for online news outlet FS News Haiti, and Lartigue, founder of Tijén Jounalis, were shot and killed when a group of journalists was attacked while reporting on rising gang violence in Port-au-Prince, Haiti’s capital, on 11 September, according to news reports.

Five ways independent news media get around censorship in Russia. What are the most censorship-proof media formats? Newsletter, podcasts, PDFs and more.

“Wirecard versus the FT was an unequal fight but we could not back down.” Reporter Dan McCrum said he hoped publishers realised the “brand benefit” of investigative journalism, and that the six-year Wirecard saga demonstrated the importance of editors.

Trusted newspapers lose trust when optimizing for traffic. What happens if a trusted newspaper feels the need to get more traffic? Well, what we often see (very frustratingly) is that they start to copy some of the tactics used by the tabloids. In other words, they add more opinions to get people to react more, they create quick-hit news articles, and of course, they start to employ more clickbait type headlines.

With a focus on millions of young followers, Will Media is changing journalism in Italy. “Every now and then I happen to read some Italian dailies and I swear I don’t understand what they’re talking about. It’s surreal. I’m a journalist, I’ve been doing this job for years, I’m not someone who doesn’t know how to orient themselves in the media industry,” says editor-in-chief Francesco Zaffarano.

Gaming the algorithm. What exactly are we talking about when we discuss disinformation? It’s often defined as deliberately false information, compared to the accidentally false sharing of misinformation. But are these helpful lenses to study the information environment? What about propaganda, which can be true or false, and where does power fit into the equation?

Serial: how a podcast helped Adnan Syed become a free man. After spending more than two decades in prison, Syed was released in a case that became internationally known through a podcast creating a new genre.

Political coverage is changing to get beyond ‘us versus them’. A more nuanced depiction of voters and issues can help newsrooms better report on elections and political campaigns.

The rise and rise of partisan local newsrooms. For pink-slime outlets, the strategy is to trade off the trust and legitimacy of local news—which still holds weight—while attacking political opponents and boosting preferred candidates. In this way, partisan newsrooms are both a symptom of and an accelerator of politicization.

Reduce social media stress with these nine tips. How can journalists avoid the worst parts of social media, and how can they use it for the public good?

Image credit: screenshot from the trailer of The Killing of a Journalist, directed by Matt Sarnecki of the Organized Crime and Corruption Reporting Project