From innovation to revolution: Buzzfeed and Snapchat lead the way 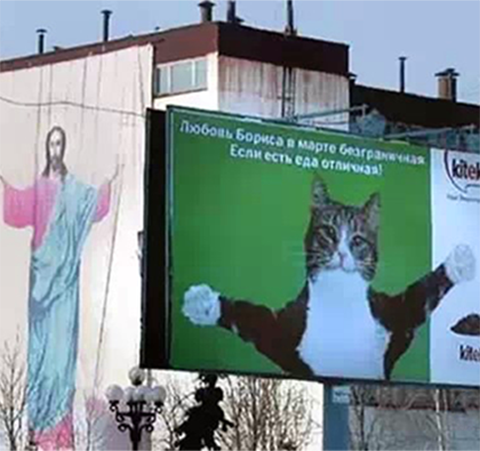 American journalist on trial in Iran

.
According to Reuters, which reports local news agencies, the trial against the Iranian-American journalist Jason Rezaian started in Iran this week.

The journalist, a correspondent for the Washington Post in Tehran since 2012, has been under arrest since last July, and is accused of spying for the US and for propaganda activities against the system – at least according to the testimony of a judiciary spokesman and that of the reporter’s brother. The documents that would show the evidence on which the prosecution is based, however, are kept secret.

Rezaian was arrested 10 months ago without charges and forced to weeks of solitary confinement in Evin prison, where political prisoners and journalists are generally conducted and interrogated. According to the Washington Post Executive Editor Martin Baron, the accusations are “absurd and shameful.”

The case of Rezaian was assigned to judge Abolghassem Salavati, better known as the “judge of death” because of the many death sentences issued after the post-election protests of 2009. Salavati is accused by human rights associations of violent repression against journalists and activists.

The timing of the hearing seems to be extremely sensitive, considering the negotiations between Iran and the West on the nuclear program of the country which are underway. According to some analysts, the arrest is due to internal power struggles, having erupted to affect the outcome of the international talks.

The trial is in its early stages. It is being held behind closed doors and the date of the next hearing is unknown. In prison with the reporter are also his wife Yeganeh Salehi and a photojournalist. Rezaian could face a sentence of 20 years in prison.

This week BuzzFeed announced the creation of a laboratory for research and development in San Francisco, the ”Open Lab For Journalism, Technology and the Arts.” The project will test new products and technologies for journalism, and research results will be published in open source, so that everyone can tap into it and work freely.

The new section, directed by the former Wired US staffer Mat Honan – recently hired with other staff writers to strengthen the technology area – is the place where, as BuzzFeed CEO Jonah Peretti explained, the work of “a small percentage of our team” will be channelled, in the belief that the effort “will lead to good things” for news and journalism – even if the majority of its traffic is still driven by entertainment and lifestyle content.

In the post where the project is announced, Honan says that he considers the experiments prepared by the media so far – between paywall, advertising models and partnerships with Facebook and Snapchat – “deeply boring to pretty much everyone who doesn’t depend on ads for a paycheck.” The logic of the laboratory, on the contrary, needs to be totally revolutionary: “Screw it, let’s fly drones. Drones with lasers. Let’s build drones with lasers and show everyone how to make them too.”

Regarding Snapchat, this week Bloomberg Businessweek published a long interview with the co-founder and CEO Evan Spiegel in which he explains why he and his platform know better than others “what millennials and teens want (not TV or Facebook)”, and why they could become central in the future of the media market. Snapchat is currently the social network with the highest growth rates.

Spiegel, at the age of 24, runs a company with 330 employees, 100 million users and 2 billion videos viewed per day – according to a document that the company has been sending to advertising agencies in the last few weeks. A figure that represents about half of the videos seen on Facebook, which has about 10 times the number of subscribers. The Chrome extension that turns the word “millennials” into “snake people”.

There has been a discussion in the article, to which the cover of the new issue of the magazine is dedicated, on the approach to journalism by Snapchat and the relationship between the company and the outlets with which it has recently signed an agreement (Daily Mail, Vice, Cosmopolitan among others) for Discover, a service that allows journalistic content to be published within an app. This is paying off well – at least according to the editor of Cosmopolitan, who talks about about 2 million views in a day on their channel.

Moreover, the company is seeking and hiring journalists to cover the 2016 American elections on its platform, which will make its debut in the original content market. According to Nathaniel Mott of PandoDaily, the secret of success of Snapchat is looking at the market without supporting it, trying to build something new going beyond the expectations and demands of users (“avoiding – or willfully ignoring – a data-driven approach”), and relying mainly on what is called company “intuition.”

The problem with online advertising From the advertising point of view, Spiegel admits to being disappointed by the advertising experience of “targeted advertising.” To its advertisers, in fact, it currently appears to offer two of the more attractive and sought-after market voices, which some news media, including pure players, are not able to guarantee at the moment:

– the guarantee of reaching a sizeable portion of young consumers (over 60% of American smartphone owners between 13 and 34 are active users of the service);

– the mobile-only approach through the inclusion of promotional videos for a few seconds, adaptable to smartphone screens, and vertical viewing.

Just this week, however, the Internet Trend Report by Mary Meeker (slides here) has been published, with some useful data on the use of screens with vertical viewing:

The time spent with vertically-oriented devices continues to grow, showing an increasing use of mobile devices and the expansion of a large market share. Another slide indicates how the mobile advertising market is a great opportunity tending to grow, showing itself to be the least saturated of the sector. A turnover that should exceed $25 billion, at least in the US.

Everything you need to know about the future of print is in this chart: http://t.co/THpygFpYth pic.twitter.com/eUCi6cWFVW — Mathew Ingram (@mathewi) 27 Maggio 2015

Finding alternative ways to make money from online advertising is one of the crucial areas in the news industry, especially if “silent” threats, undervalued and yet effective such as those of Ad block, applications that hide banner and ads on the websites during navigation, are considered. This week, Frederic Filloux of MondayNote has discussed this issue, reminding everyone that the market of these bowser extensions is growing fast, and could seriously undermine all the efforts made in the advertising industry.

What can be done? The alternative to banners and affiliations is one of the themes of “ReCode’s Sale and Life After Advertising” by Katie Benner of BloombergView.

In the past few days, ReCode – the online magazine created by the exodus of members of the old AllThingsDigital – was acquired by Vox Media, reflecting the fact that, according to some, working on niches, quality and relationships outside the Internet (such as conferences) can still make a seemingly unexciting product attractive.

“I don’t mean to imply that the media business is easy. It’s obviously tough for publications to make money. But it’s good to remember that advertising isn’t the only model.” The message is that there is life beyond the figures and economies of scale that top online news organisations can boast. The problem, however, as mentioned by Mathew Ingram of Fortune, is that although the Internet and the social web have democratized news, making it possible for anyone to become media, “no one said anything about them providing a way to make a living.”