Global press freedom, secondary trauma, and the risks of a limited health literacy 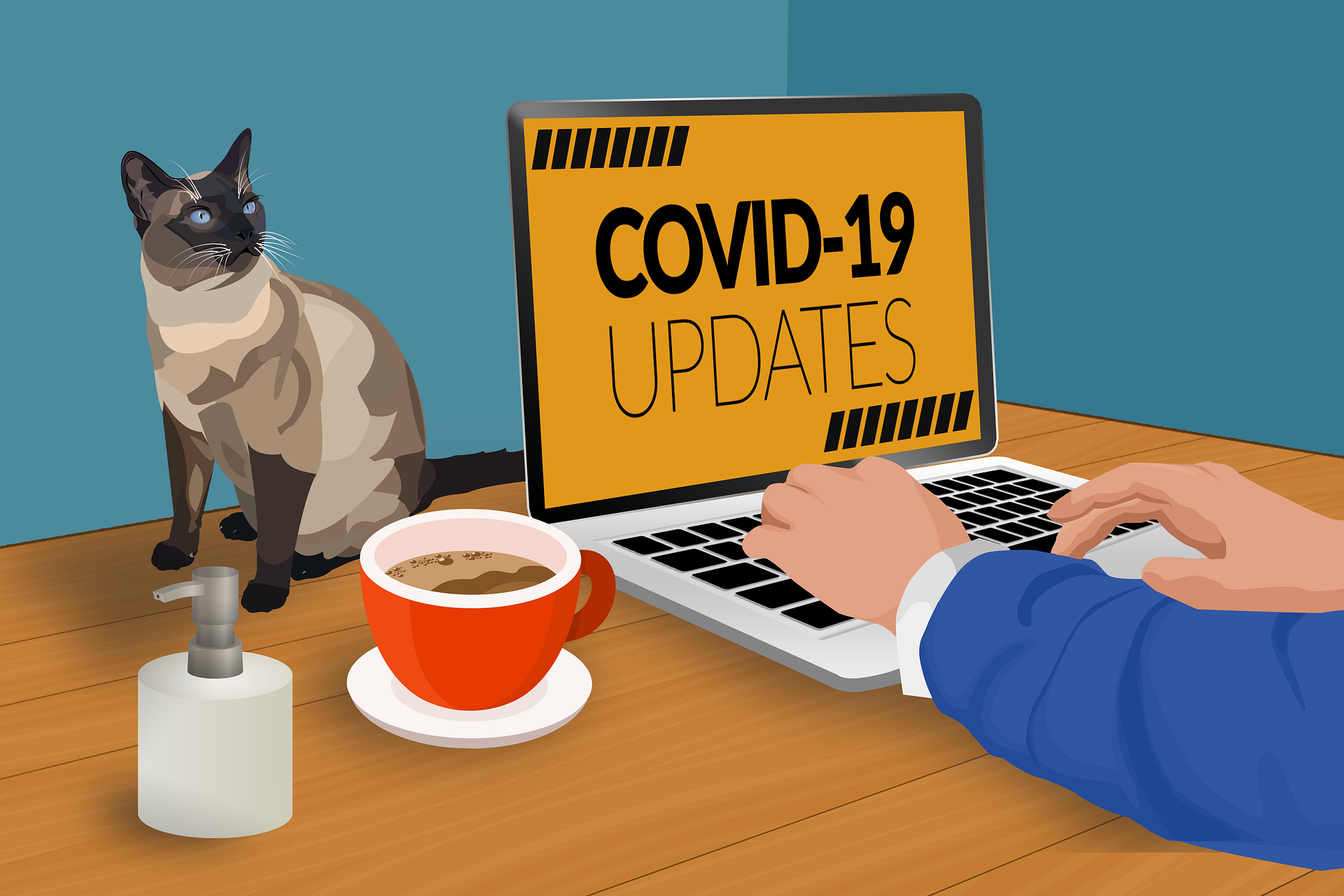 Top UN official says ‘Trump effect’ is harming global press freedom. In his last official press briefing before his six-year tenure ends later this month, David Kaye said in a series of forthright comments that he hoped “attacks” on US journalists would end when Donald Trump leaves office. “Clearly the signature issue over the past four years now has been the way in which this particular president addresses the media: the way he denigrates the media, denigrates freedom of expression,” he told journalists in Geneva. Kaye specified that the so-called onslaught consisted of criticism of reporters and spreading “disinformation”, as well as partnerships with conservative media organisations.

Journalist Deniz Yücel sentenced to over 2 years prison in Turkey. The German-Turkish journalist Deniz Yücel has been sentenced to two years and nine months in prison in a controversial trial in Turkey. The verdict was delivered in absentia, as Yücel is now living in Germany. Among other things, Yücel, who has both German and Turkish citizenship, was accused of spreading propaganda for the Kurdistan People’s Party (PKK) — a group that is outlawed in Turkey. Yücel’s lawyer said he will appeal the decision.

The cost of practicing journalism for an Ethiopian reporter? A jail cell, a caravan across the Sahara, a raft on the Mediterranean — and exile in Minnesota. Henok A. Degfu started working on newspapers as a 13-year-old in Addis Ababa. Today, he’s built an audience of millions, covering politics in Ethiopia from an office 8,000 miles away in St. Paul. But the government he escaped 15 years ago hasn’t stopped chasing him around the world.

Finally recognizing secondary trauma as a primary issue. For the past decade, details from the world’s conflicts have been shared on platforms including Facebook, YouTube, Twitter, Instagram, Snapchat, and TikTok, among others. The aftermath of airstrikes, illegal killings, torture, decapitations, grieving parents and orphaned children—if you can imagine it, you can probably find it. “In 2014, I worked with Claire Wardle, now of First Draft, and Pete Brown, of the Tow Center for Digital Journalism, on a project examining the role of user-generated content in broadcast news. A key finding of that report was that vicarious trauma was beginning to receive recognition as a serious issue, and news organizations must strive to provide support and institute working practices that minimize risk. This led to my 2015 report,” writes Sam Dubberley, co-author in 2015 of ‘Making Secondary Trauma a Primary Issue‘. “We saw a toxic situation in most organizations we spoke to, where the higher-ups failed to notice the impact vicarious trauma was having on the staff, and where requests for even the most basic help were turned down, even where staff had left or been out sick for extended periods,” he writes. “Now, new challenges have started to appear as journalists investigate disinformation online. Away from viewing distressing content, researching platforms that host conspiracy theories or extremist forums and hate speech can be distressing in its own way. Doing this work requires self-care as well. Gathering and reading testimonies of COVID-19 victims and their families brings in extra stress while doing work from home.”

Biased algorithms on platforms like YouTube hurt people looking for information on health. A significant fraction of the U.S. population is estimated to have limited health literacy, or the capacity to obtain, process and understand basic health information, such as the ability to read and comprehend prescription bottles, appointment slips or discharge instructions from health clinics. The Health Information National Trends Survey reports that 75% of Americans go to the internet first when looking for information about health or medical topics. YouTube is one of the most popular online platforms, with billions of views every day, and has emerged as a significant source of health information. But video recommendations on such sites could exacerbate preexisting disparities in health. The most popular videos are the ones that tend to have easily understandable information but are not always medically valid. This could be especially harmful for minority groups. Studies of health literacy in the United States have found that the impact of limited health literacy disproportionately impacts minorities.

Amid a pandemic and Black Lives Matter protests, Facebook users are giving fewer clicks to ‘soft news’. Coverage of Black Lives Matter protests and the coronavirus pandemic pushed engagement on Facebook to an all-time high this quarter. A new report from NewsWhip, a social media tracking company, shows that the two topics garnered more engagement on Facebook than all content in the same quarter of 2018.

A new study of five countries finds that newsroom leadership is very, very white. Newsrooms in the United States have been forced to reckon with their own institutional racism that has stifled and derailed news coverage and careers of people of color for decades. A new study from the Reuters Institute for the Study of Journalism finds that the United States isn’t the only country in which newsroom demographics don’t represent the demographics of the country’s citizens. The Institute studied 100 news outlets from Brazil, South Africa, Germany, the United Kingdom, and the United States. The results aren’t great. The report shows that just 18 percent of the 88 top editors are non-white.

Bild, Merkel and the culture wars: the inside story of Germany’s biggest tabloid. Available at train stations, supermarkets, bakeries, kiosks, factories, Portuguese beach resorts, online, and everywhere else Germans buy things, Bild Zeitung squats like a large toad on German life. Bild, which was partly modelled on the Daily Mirror, is the largest newsprint publication in the world that uses Roman characters. Unlike its closest analogue in Britain, the Daily Mail, it has no real national competitors. Bild has long poured vitriol on the country’s left-wingers and ‘do gooders’. But now it has a new target: the chancellor.

Campaign organizers say Facebook boycott will continue. For the past several weeks, Facebook has been the subject of a boycott campaign that has called on advertisers to pull their business from the social network, citing a failure to curb hate speech and other offensive content. Mark Zuckerberg, Facebook’s chief executive, and other senior staff from the company have met with some of the groups who are leading the boycott—a list that includes Free Press, Color of Change, the National Association for the Advancement of Colored People and the Anti-Defamation League—but those groups say the response from Zuckerberg was unsatisfactory.

Alan Rusbridger: Facebook oversight board must avoid ‘half-baked judgements’. Facebook has said the panel is supposed to act as a kind of supreme court, with the power to override decisions made by the social network’s own moderators and influence policy. Its eventual 40 members will be paid by Facebook but are intended to act as an independent body. Alan Rusbridger, a member of Facebook’s new oversight board, told BBC that it would be “great to be up and running” in time for November’s US elections, but he said it would be damaging to “come out with half-baked recommendations now before we are ready”. He did not yet know whether it would be ready to make “key decisions on the hot potatoes” of the Presidential election. Rusbridger also acknowledged calls for existing members of the board to weigh in on whether Facebook should follow Twitter in labelling and hiding some of President Donald Trump’s posts. But he said that without having studied the matter in a “sophisticated way”, it would be “a bad way to proceed”.

Anatomy of a fake news headline. How a series of algorithms whiffed and ended up warning Oregonians of an ‘antifa invasion’. As confrontations between Black Lives Matter protesters and police erupted across the country earlier this month, some Oregonians, mostly older people, saw a Facebook ad pushing a headline about how a Republican politician “Wants Martial Law To Control The Obama-Soros Antifa Supersoldiers.” Needless to say, there was no army of left-wing “supersoldiers” marching across Oregon, nor were former president Barack Obama and billionaire George Soros known to be funding anything antifa-related. And the politician in question didn’t actually say there were “supersoldiers.” The headline, originally from the often-sarcastic, progressive blog Wonkette, was never meant to be taken as straight news. The trouble started when SmartNews picked up Wonkette’s mocking story and advertised it on Facebook. SmartNews is a news aggregation app that brings in users by placing nearly a million dollars worth of ads on Facebook. This was just one headline that fed into a sense of paranoia reinforced by rumors from many sources. But deconstructing exactly how it came about provides a window into how easy it is for a fringe conspiracy theory to accidentally slip into the ecosystem of mainstream online news.