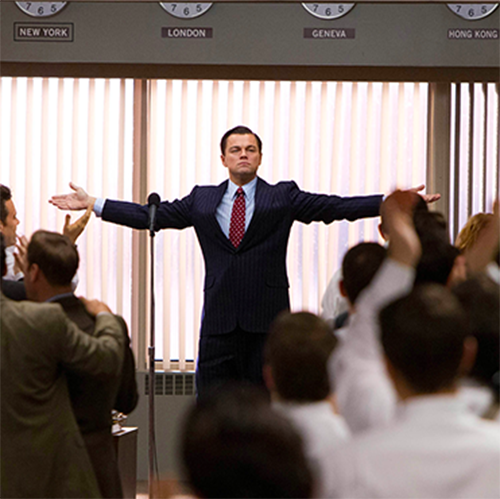 By its nature, journalism has always been placed halfway between public service and a private initiative in a competitive market. This ambiguity is one of the elements that lies behind the current crisis, especially when associated with the commercial and industrial scenario imposed by the Internet. This thesis has been confirmed by Ryan Chittum in an article published on The Audit of the Columbia Journalism Review. Chittum believes journalism has always had a lack of real management training. This deficiency repeatedly threatens its existence on the market, despite its obvious social function. According to Chittum, the problem is that “what makes for a great reporter doesn’t necessarily make for a great boss”, citing the Jill Abramson-New York Times dispute as an example. Journalism is the only sector of the world market in which such examples are rare, if not expected.

Journalists tend to reject managerial preparation, imagining themselves to be indispensable, above the dynamics of the market, for a sense “of independence, skepticism, aggressiveness” which generally animates their work. Features that in commercial terms would make any company rather unmanageable. A manager, however, is also a key person for companies, including journalistic ones, who need to coordinate the work of journalists, web engineers, designers, social media managers (the new editorial figures are numerous and often almost ridiculous, as stated by Paul Ford of Medium), continually straining their ears for technological and editorial innovations (just during the last few days, the New York Times launched a paid new app, as a response to a post-paper scenario, imagined by Steve Outing). “Aiming to put the right people in charge” is needed, someone who calls into question the authority of the journalist – says Jill Geisler of the Poynter Institute. This is the reason, perhaps, for such an unquenchable hostility.

To give or not to give credit One of the main challenges is to take measures of the quantity and quality of online work, to navigate between unverified content, negligence and hoaxes, and to seek a balance in the relationship between competition-co-essence and user generated content. This week Lydia Tomkiw of NiemanLab has written the story of StopFake.org, a website (in Russian and English) created by a group of journalists, scholars and volunteers from Kiev, with the unique purpose of verifying news and multimedia on Ukraine. At the beginning of 2014, Yevhen Fedchenko, the director of the journalism program at the National University of Kiev, wondered how he could help to clean up the thousands of false reports on the military crisis in his country. In March, along with others, Fedchenko founded the website that presently checks material from all over the world, also with the help of readers (thanks to social networks and the “Report a Fake” section). It began to make use of cross-checks and phone call verifications as in a real newsroom. The situation is complicated, Fedchenko admits, all the more so given the political context in which they operate, but the interesting point – from a purely commercial point of view – is that the website, in just 90 days, has reached a million and a half unique visitors a month.

If the contribution of readers is crucial, however, the dutiful quoting of the work of others seems to be frequently regarded as unnecessary.. According to a report of the Tow Center for Digital Media, mainstream media rarely cites the source from which the content presented is taken. For Mathew Ingram the reason for this behavior is the lack of structure in newsrooms able to dedicate “to user-generated content – but some of it also stems from a cultural tension between professional journalists and ‘citizen’ journalists or amateurs”. According to the report, most online and TV news organizations rarely explain where content comes from. A true systematization of the verification process does not exist and  is still far from becoming common practice. 72% of the UGC, the report says, has no sources or descriptions attributed to the author, and only 16% of these appear on TV networks. As explained by Mark Little, CEO of Storyful, often it is – wrongly – considered that a generic quote taken from “YouTube” or “Instagram” is enough, completely ignoring the potential legal consequences.

What happens to longform journalism? Finding the right product, able to meet readers’ and publishing needs, often trying to govern data and unexpected trends, remains the most difficult challenge to overcome. According to research by the University of Texas, for example, readers appreciate the articles that contain both problems and their possible solutions – making them more captivating and improving the feedback of the readers. In this ongoing research, which has seen the birth and the death of many different experiments, what happens to longform journalism that has already been discussed in previous roundups? It is a genre in itself, by no means new, if we admit that the longest and deepest reading is not an invention of digital publishing. However, it is an online trend which has made headway in the last few months, with still unknown results. In January, Ben Smith of BuzzFeed defined it on Medium as a new road, if applied suitably to digital languages, to achieve that sense of empathy, and the desire to share, which often deliberately characterizes the reactions of those who read his website, and then share the content.

What is the future of longform journalism? We know that the Guardian is getting closer to it. In the last few days it has involved Jonathan Shainin, web editor of the New Yorker, in a project with very few details yet known, that should put longform in the center. Less enthusiastic things have happened to Byliner, the platform of e-singles – long articles to buy individually – which seems to be going through a financially difficult phase. The project, launched in 2011, started as an initiative to watch, as a small laboratory in which to review the likely fate of this territory that was still new in digital terms (in this sense, the partnership in 2012 with the New York Times, of which we have already spoken, seemed to be a more than a promising signal). From an e-mail published this week by Paul Carr on Pando, quite different information has been obtained. The company seems to be in a difficult situation (the co-founder Mark Bryant resigned last month) and is currently looking for new partners in order to survive.