Hal Varian: the economics of the newspaper business 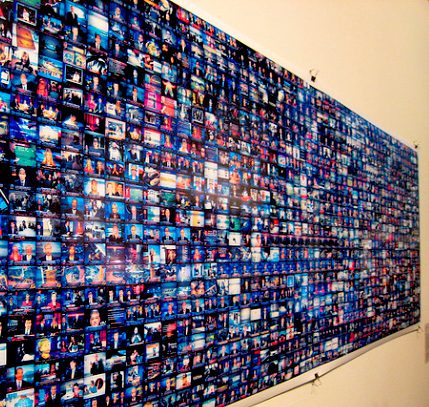 The text below is that of the speech given by Hal Varian, Chief Economist at Google, on 25 September 2013 in Milan at the awards ceremony of the annual Italian journalism award È giornalismo. Hal Varian is the 2013 award winner but declined the prize money and asked the award jury to nominate innovative Italian journalists working in online media to receive the prize money instead. The jury chose Anna Masera, social media editor of the Italian daily La Stampa, and Arianna Ciccone who in the words of the jury “has distinguished herself by her passion for journalism in founding both the International Journalism Festival, which has become a go-to annual event for journalists from all over the world, and the collective blog Valigia Blu on the changing world of journalism”. Anna and Arianna shared the prize fund of €15,000. The International Journalism Festival would like to thank both Hal Varian for his generosity and the jury for the recognition given to Arianna Ciccone. Thank you, it is a great honor to accept this award on behalf of Google. We appreciate the recognition and the responsibility that accompanies it. I am an economist by training, and only a part-time journalist, so I want to focus my remarks on the economics of the newspaper business during this period of transition.

1. Printed  newspaper circulation has been declining for 50 years

In the US, newspaper circulation reached its peak in 1972 and it has been all downhill ever since. Experts agree that most of the decline during this period was due to competition from broadcast TV news and cable news, with the internet contributing only in the last few years.

2.  The internet is a superior way to distribute and read news

On the producer side, over half of the cost of a newspaper is in printing and distribution. These costs are essentially eliminated by moving to online distribution.

On the reader side, online news is much fresher and more easily accessed. Online news reading can also be a much richer experience due to the use of hyperlinks, infographics, interactivity, user involvement and video content.  Ideally, online news can provide the emotional immediacy of TV along with enhanced interactivity, personalized content and the analytic depth of the printed word.

For many decades, newspapers were the primary way to access news and most people read only one newspaper. Now it is possible for a reader to access a variety of news sources, on traditional news websites, blogs and TV.  The challenge facing newspapers is how to survive in this highly competitive environment. Note the irony: the internet lowered cost of distribution (a good thing for incumbents) but, at the same time, made for a much more competitive environment (a bad thing for incumbents).

4.  Newspapers never made money from news

Traditionally, newspapers made money from ads in the finance section, home and garden, automotive, entertainment, travel, classified and fashion sections. Why? Because that’s where advertisers could target readers interested in those subjects. But what sorts of ads can a newspaper show next to a “pure” news story on an earthquake in Haiti or a bombing in Baghdad? “Pure news” has very high social value to interested readers, but has low commercial value due to the difficulty of showing contextual relevant ads.

The  business model for the modern newspaper has been to show ads that are contextually related to commercial topics and to cross-subsidize the actual news production with this ad revenue. The problem is that nowadays there are many specialized websites about finance, home and garden, automobiles and so on, so it is much harder to make the cross subsidization model work.

When you look at loyal readers of paper newspapers, they tend to read the news during their leisure time; during breakfast, over the lunch hour, or in the evening. By contrast, online news is accessed throughout the day. In many cases, people glance at the stock prices, the sports scores, or the headlines between tasks, during commutes, or at coffee breaks. The good news is that online newspapers can reach their audience at times when they were not previously reachable. The bad news is that the readers don’t have a lot of time to devote to in-depth reading of news during these times. Less time reading the news means fewer ad exposures, and less revenue from ad impressions.

Subscribers to physical newspapers spend about 25 minutes a day reading them. The typical time spent on an online news site in the US and UK is about 2-4 minutes, roughly one-eighth as much. Interestingly, newspapers in the US make about one-eighth of their total ad revenue from online ads. If readers spent as much time reading the online content as the offline content, ad revenue from online content would be much closer to the offline revenue. 7.  Tablets give newspapers a way to reclaim some lost audience

According to a Pew Foundation study, 64% of tablet owners access news on their devices. If you look at the time-of-day pattern of online news readership across devices you see that searches for news are concentrated during the working day. On mobile phones, news reading is spread out across the day. Tablet use, on the other hand. peaks in the  morning and evening hours. This is because tablets, unlike phones and computers, are primary used for leisure-time reading. Newspapers have to develop a strategy for maintaining continuity and contact with their readers as they move across devices.

A few weeks ago Jeff Bezos signed onto his Amazon account. The message he saw said “Based on your recent purchases, we recommend the New York Times, The LA Times and the Chicago Tribune.” How long do you think it will be before all Post subscribers get a Kindle? I would say less than a year. (Note: the Kindles now sell for under $100 and the cost of a yearly subscription to the paper version of the Washington Post is $350 per year.)

8. The fundamental challenge facing newspapers is to increase the time people spend on their content

More time reading the newspaper online translates into more online ad revenue. Doing this requires two things: capturing the user interest during the day by reporting fresh and interesting news, and encouraging readers to follow up later on when they have the time to devote to a more in-depth analysis.

Encouraging  readers to scan the headlines, the sports scores, and the finance pages to locate the stories they are interested in will ultimately lead to more engaged readers. Those quick glances during the day can translate into loyal readers and increased revenues later on if, and only if, the newspapers can satisfy both the demand for timely reporting along with the demand for in-depth analysis of the news stories of the day.

These are some of the challenges facing newspapers in the coming years. To solve these problems will require creative new ideas and continuous experimentation and innovation.

This is why Google has asked the committee to find innovative Italian journalists working in the online media and award the prize money to them. You will hear more about this in a moment. Google has also decided to match the amount of the prize money and donate it to the Walter Tobagi School of Journalism to train students with the goal of experimenting and innovating in this area.