How much are you willing to pay for digital news? 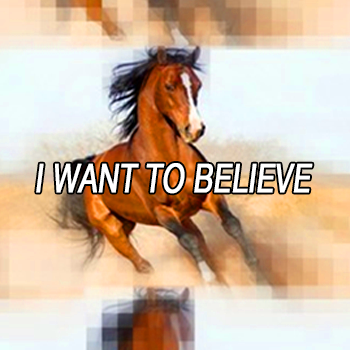 On 5 August 2013 Amazon CEO Jeff Bezos purchased The Washington Post for about $250 million. With the acquisition, he obtained both a historic newspaper and the status of an acknowledged expert in digital media. He is regularly asked about the prospects for his products and indeed the entire industry. Bezos explained to NBC that he is not going to guarantee the Post a very long-lasting paper lifetime and that sooner or later it will be clear to everybody, as it has been clear to him for quite a while, that the printed newspaper is nothing more than “a luxury item, such as having horses, but it is not the primary way of commuting to the office” (we have already discussed here the topic of of newspapers for rich and poor).

“He is both right and wrong” summarizes Mathew Ingram on PaidContent. Even if the transition from one means to another, and from a whole system to another, is evident there are still many who – following the metaphor of Bezos – continue to prefer the horse-drawn carriage over automobiles. For sentimental reasons essentially, but also for more ‘ideological’ ones. Cars – as well as the Internet – run fast, causing more frequent and potentially more dangerous mistakes. Over time, this argument has been repeatedly endorsed by those who seek to oppose inevitable evolution, and that may very well be overturned if the scientific, technical, industrial and cultural benefits of motorized transport and digital information are considered. What Bezos has in mind, Ingram adds, is perhaps a more personal and social media closer to the pre-print coffee shop than the newspaper, a sort of throwback in the way news is received and discussed.

With  the same attitude, many protagonists of the news industry are confronting this kind of systemic evolution. In another post on PaidContent, Mathew Ingram explains that this “inexorable decline” for media companies and newspapers can be experienced in two different ways; as a victim, viewing Google as a content thief and bemoaning faded splendour (that of the “horses”), or by experimenting – if they can afford it – and trying to learn from mistakes and the responses of users. Besides the case of The Washington Post, Ingram cites the example of The Boston Globe, which has recently launched 61Fresh, a “Twitter-powered” news aggregator that collects local news tweets grouped by an algorithm based on geographic parameters. It is not certain that such an experiment will help save the Globe, says Ingram, but it is a clear example of how the game can be played.

This week Henry Blodget, Business Insider CEO and editor-in-chief, explained at the IAB Mixx Conference in New York that he believes this is the best time to jump into the fray. The “golden age” for journalism is now. “The world is vastly better informed than it ever has been in history” he says, and not only through conventional news outlets but also thanks to phenomena like YouTube and blogs that have made the ability to create and share news more easily. More skeptical is Ken Auletta of The New Yorker, who reminds Blodget how a profitable way to get to this ‘magnificent panorama’ has not been found yet, and that there is an entire continent – the mobile one – to colonize and make fruitful for the news market that – as recalled by Jack Shafer on 15 August – has never been economically ‘useful’.

How much are you willing to pay for digital news?

On the issue of economic sustainability, Mathew Ingram writes a post entitled provocatively “The unfortunate fact is that online journalism can’t survive without a wealthy benefactor or cat GIFs“. He explains that the business models put in place in recent years are different, and that “serious” journalism – as he calls it – has never been able to survive except through external aid. According to Ingram, news has always been subsidized, in a sense, even in the ‘classic’ newspapers, by all the entertainment products and services that were used to finance them (horoscopes, comics, movie times and open pharmacies information). All this content began to lose its utility to the print media when the Internet was proposed as a more ready and accessible resource. For Ingram, the situation would suggest to the media companies only four possible solutions: finding benefactors (like Bezos), asking for donations (ProPublica style), having another business (as AOL with The Huffington Post) and focusing on entertainment (BuzzFeed, GIFs, etc.).

How many people really pay for digital news? The question is asked this week by Alan D. Mutter, who provides some data and a secure perspective: “Now that roughly a third of the nation’s newspapers are charging for access to their web and mobile content, the early evidence suggests that digital audiences aren’t nearly as enthusiastic about paying for news”. If you try, for example, to compare the number of subscribers to The New York Times or The Wall Street Journal to those of digital services such as Netflix and Spotify, the relationship appears to be quite eloquent. Netflix alone – which reigns unchallenged in the industry – has 40 times the subscriptions of the Times: a difference that has even more frustrating confirmations in the index of penetration of the two newspapers compared to 2.4 billion worlwide internet users (0.04% for the WSJ and 0.03% for the NYT). The disparity in the demand for news and entertainment content suggests that “the market for digital news may be less robust than newspaper publishers want it to be”. Meanwhile, according to research presented at the SIIA Digital Content and Media Summit, short regular news items published in particular on mobile devices win out.

The problem of online comments

It is necessary to let readers participate (the aforementioned engagement) in the life of a newspaper, in the process of putting together and publishing news in all its phases. It is needed to intrigue users, adds Larry Kramer, publisher of USA Today, at the Wrap’s Media Leadership Conference, emphasizing “the importance of discovery”, to interest them before and after reading a story. Kramer continues: “the publication of a story isn’t the end of the process; it’s the beginning. It’s more of a conversation-starter”. The substantive importance of the meaning of the process of discussion around the news also emerges from the case of Popular Science, the science and technology news website, which has decided to eliminate the comments section at the end of its articles so as not to undermine the quality of its content and of the reading experience of its users.

Derek Thompson of The Atlantic gave an overview of the state of the comments section in the  American news industry. There is The New Republic which hides them; there is Quartz, which debuted without intervention of the readers and now provides the tools for annotation paragraph by paragraph; there is the exemplary case of the system Kinja, used by the websites which form the Gawker group, that allows each commentator to transform the  comment into a sort of autonomous post, like those of the employees of the newspaper. Since the beginning of online news, the debate on the ‘dangers’ of feedback has been rekindled periodically. Thompson, as well as the online editor and reporter John Kroll on his blog, cannot provide an univocal opinion. Kroll, for example, analyzes the pros and cons: the synthesis of the various opposing arguments is that the freedom to comment is a choice which involves responsibilities and benefits. In the end, to ensure this freedom to readers, it would be enough to administer and moderate comments with patience (the post of Kroll currently stands at zero comments).