How to make digital news sustainable 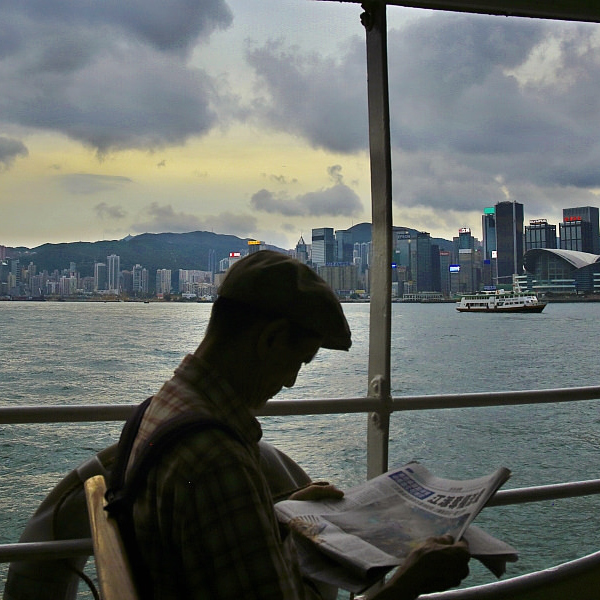 Thoughts of late summer. It seems that innovation in the media is slowing down. We are in a period of calm, hoping that the wind brings us back some good weather, with the fear of storm clouds on the horizon. Pressure is needed, which means money. Maybe this is the reason why continuous experimentation is having a pause, while publishers and journalists focus on ways to make the digital news business sustainable.

Let’s start from the end. There is currently a big discussion after Apple – in its latest updates of the operating system, both desktop and mobile – introduced the so-called ad-blockers which allow surfing the net by removing banner ads from visited websites. It is a boon for the user, who is no longer bothered by intrusive “pop-up” ads, with two immediate advantages: a faster loading of content – especially on mobile – and the illusion of greater privacy. However, on the other hand, if anyone can easily get rid of the ads, advertisers will not be willing to pay for banners and websites owners – publishers, in particular – will lose their main source of revenues on the web. This is a very big concern in the Internet world. Some, such as the Washington Post, have decided to declare war on the ad-blockers, preventing access to their content by those who use them. Others, such as the Salt Lake Tribune, have made a deal/bet with their readers, offering the website without advertising, in exchange for $10 a month. Most publishers continue to think that the only salvation is to diversify revenue sources, trying to depend less and less on traditional advertising. Let’s see some examples.

Events, newsletters, membership, services, premium content. Here is a selection of examples and attempts to be studied to try to balance digital publishing figures. Alternatively, it is possible to focus on traditional advertising, following the model of the Charlotte Agenda website with fewer local advertisers and more partnerships with big brands willing to invest in the medium-long term. Another model that is being tested in Europe is the micropayment for each content (a kind of “itunes” news). The Dutch Blendle platform developed it and now is expanding its borders to Germany. However, if you are curious to know “who is making money and who is not” in the online local journalism business, here is an accurate list of websites, divided by bands of revenue.

It is not enough to get the best news to be successful. What matters is getting the attention of the readers in a world overwhelmed by news. This is why many newsrooms are gearing up to “win” the social media challenge, which has become more and more essential in collection, checking, and especially in content distribution. The so-called “audience engagement editor” has become a central figure. It is a role that can be defined in several ways but essentially forces us to pay more attention to the management of our social presence, especially on Twitter and Facebook. If you want more information on who the engagement editor is, the role and its growing importance, here you can find a useful compendium.

4. Geolocated news: the Blockfeed app and the example of Charlottesville Tomorrow

Exploiting the potential of smartphones has become a major challenge for publishers. There is a potential reader in every owner of mobiles; the problem is how to provide the right content, when and where it’s needed. Blockfeed, a startup based in New York, is trying to harness the power of geolocation to distribute local and hyperlocal news. The idea is quite simple. The app is a news aggregator that uses the reader’s position to offer useful information – events, appointments – for the area in which he is located, with a precision that can be up to the individual neighborhood or street. There are websites which are trying to use it. Charlottesville Tomorrow has signed a partnership with Blockfeed. The app has a social vocation. News related to one’s own area can be shared and commented on with the rest of the community, and also rated.

5. Pesticides in California: how to engage readers in investigative reports

What does engaging the community in journalism mean? One example comes from the Center for Investigative Reporting (CIR), which has carried out an investigative report about pesticides used on strawberries grown in California. It made an app by which everyone could know which and how many pesticides were used in one’s own area, but it has also produced a play to tell and put the story on stage. In other cases, the CIR has used poets and comic stories to shape its investigative journalism.

The tenth anniversary of an event, or a tragedy, is always an important time for a local community and for the media that cover the local area. Every time one wonders how to make the best service to the memory and the passing of time. The digital ecosystem allows us to try to involve the protagonists much more than in the past, asking help both for the collection of material and the way of telling the story. Here are some examples taken from the anniversaries of big events in the US, Hurricane Katrina and 9/11.

7. Comments? Questions are better: the example of “CuriousCity” in Chicago

We learned to open up our content to readers’ contributions, in particular through comments, not without unpleasant side effects (the need to moderate them, trolls, the risk of the debate getting out of hand). Many websites, after calculating costs and benefits, have decided to remove the possibility of commenting on articles, moving the dialogue with users to social media. Here an analysis on the results and the lessons. learnt. In any case, comments are part of a traditional process of building the “news,” in which the reader always arrives at the end, first as a simple consumer of our product, today as interlocutor. What if the challenge was to put the reader at the beginning of the news process? This is what WBEZ, a local radio station in Chicago that launched the Curious City project, is doing. Investigative reports and services are not determined by the newsroom, but are designed to answer the questions of listeners and be voted on by the online community.

8. On membership, or the need to be useful

It seems trivial, but thinking that it is enough to provide news to be “paid” by one’s own readers is just wishful thinking. This is why, if we imagine new “affiliate” forms for our users, asking them for a contribution or at least a proof of confidence – that drives them to give us their money, or at least their data – we need to show we can be useful in their daily lives, having an impact on the world around them. It is an issue dear to Jeff Jarvis, who in this article is back on the subject trying to explain what the media can do for their readers and what they can receive in return. Some examples of membership, made by local websites, are summarized in a post by Matt De Rienzo. Berkeleyside.com has 20 percent of its revenues from voluntary contributions by readers; Voice of San Diego has managed to involve its own community in crowdfunding, explaining the importance of being a nonprofit organization (the website has 18% of revenues from membership, 18% from sponsors, 26% from “big donors “and 38% from foundations).

9. App, tools and tips from the network

Here are some final ideas. “Tap for news” app which gets the news of the day condensed into 15-second videos: it is not necessary to choose, select, navigate, just a shot of the fingertip is needed to be informed; the story of a fake Instagram account of a migrant which was actually a media campaign for a photography festival; new tools to work on social media made by NPR; The Trace, a website created exclusively to tell the drama of shootings in the United States, taking into account all the “accidents.”

In this post Ken Doctor analyzes what can happen in autumn in the ecosystem of news. The big media and telecommunications companies (AOL, NBC), that have invested in startups and new digital stars (Buzzfeed, Vox Media), returning to center stage; the arrival of Apple News, that changes the news experience of iPhone and iPad owners; Facebook which overtakes Google as the main source of traffic for websites.