How to use social media without selling your soul 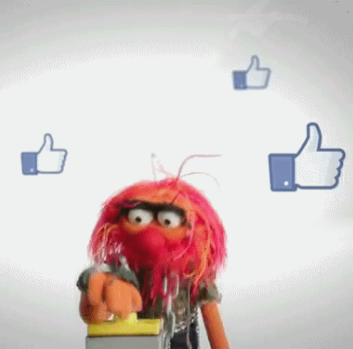 The problem with data journalism Between the end of 2013 and the beginning of 2014, Anglo-Saxon journalism has seen the birth of many news websites oriented to data journalism, to data graphical and textual visualization and complex phenomena – a topic we have already discussed. It has gone from the most classic data journalism to the so-called explanatory journalism, ‘obsessed‘ by figures and tables, which has in Vox.com of Ezra Klein, FiveThirtyEight of Nate Silver and The Upshot of the New York Times the best-known examples (here and here new information on data journalism applied to journalism schools can be found; here there is a slightly ironic post of BuzzFeed on the issue).

This week, Alberto Cairo, professor of Information Graphics at the University of Miami, is back on the topic, critically, analyzing strengths and – most importantly – defects. According to Cairo, the data journalism model still lacks a scientific structure, able to analyze phenomena in a more precise and rigorous way. The critical elements identified by Cairo are mainly four:

– Data journalism cannot be done ‘on the cheap’, with a small team, without losing its science and rigor;
– Data can’t be analyzed by following the incessant flow of news (either data journalism follows the agenda or deepens its analysis of the data);
– It is necessary not to forget that readers can have more knowledge than writers (the processed data is often already public);
– It is always useful to remember the context. In this sense, the xkcd cartoon (to get married and go from 0 to 1 husband in a few hours does not mean following a trend that could lead to dozens of husbands in a “T” time). What is currently going on with Nate Silver’s forecasts for the World Cup are very good examples.

The ‘predictive’ abilities of Silver are well known and, recently, have led him to leave the New York Times for his new FiveThirtyEight on ESPN. For the World Cup in Brazil, the website has launched a page with the bracket of the probabilities that each participating team would have had to get to the final, according to an internal calculation model that can be found here. The result is that the estimates of Silver have often been mildly off the mark. The most emblematic case was on last Tuesday (Brazil was seen as having a 73 per cent chance of winning yet was eliminated with 7 goals). The episode is exemplary. According to the raw data of the match, the hosts seemed to have stood up to Germany until the end, for number of shots, shots on goal, offsides, corners, saves and possession, not very different from Germany. The reality told us another story.

How could this happen? Is it really possible to base an analysis only on the data (making the World Cup experience of Silver a warning for the future of the industry)? Is it possible to apply this method to football? Alberto Nardelli, co-founder of Tweetminster and the next Guardian data editor, has sought to investigate the case on his blog, explaining what the factors are that lead to a full-blown difficulty in predicting football results and analyzing only the numbers (fluidity of the game, different plans, the ability to stop the draw – often not considered either in politics or in ‘American’ sports, the ‘episodes’ factor). More generally Nardelli dwells on the use of this methodology in journalistic terms. There is no statistical model able to predict winners and results with consistency; “the complex beauty of football is in the fact that the favourite doesn’t always get their way.” As in life. Another trend of the last few months – already mentioned – is native advertising which is similar to news reports (for the same editorials and ‘viral’ potentials), but duly marked as paid advertisements. This week new research by Contently shows how readers do not like these kind of products very much, despite having already made a fortune for more than one online newspaper.

Two-thirds of respondents admit to feeling “deceived” after checking the commercial nature of the content, and more than half swear not to trust a branded item, whatever the subject, to the detriment of the hosts – 59% of respondents think that the websites that publish them lose credibility. According to the study, the term “sponsored” would still have quite an ambiguous meaning, ending with being perceived as indicative of a compromised, if not irreparably “influenced” by the sponsor, article.

It sounds almost like a rejection (the sample is less than a thousand users), which follows the data provided by Chartbeat at the beginning of the year, which recorded a loss of interest of the Internet audience for sponsored content (only 24% of readers scroll native advertising, compared to 71% of the classic editorial content). 57% of the respondents prefer the old method of banners to sponsored content – which ironically were created to reach users, win their interest and focus on the engagement – while a few more (two-thirds of respondents) are ready to click on one of these.

From the feedback of readers, and the analysis of published content, Time.com‘s second life on Facebook is benefiting. According to Lucia Moses of Digiday, the Facebook page of the newspaper has grown by 44% in three months, up to 5.5 million. The result is even more significant if it is considered that Time is an authoritative magazine with a recognizable style, which cannot afford the stylistic and editorial excesses of websites such as the Huffington Post and BuzzFeed (which have been surprisingly passed in the race for having more “likes”) and that its traffic comes 16% from social networks (other high-growth data, as well as the unique contacts on desktop and mobile). According to Scott Havens of TimeInc. the tricks are the following; publishing articles on Facebook more frequently, searching for the right length for the status to be matched (possibly short) and the right voice, creating curiosity in the readers without distancing them too much from that of the website, and not falling into clickbait excesses. The expansion of social team skills – now called “audience engagement editor” – and a weekly analysis of the results are also fundamental.

This week, Jay Rosen, professor at  NYU and First Look Media advisor, is back on the critical relationship between Facebook and journalism. Facebook – Rosen explains – has almost all the power on production (choices) and especially on the distribution (the public reception) of  journalistic content. This theory is all the more confirmed by the discovery of the social network experiment on the mood of readers conditioned by the posts of their news feeds. With its algorithm, Roses continues, Facebook believes it can decide better than those who publish what readers want by directing the reading of users on the basis of the permanence of a post, regulated by a still not controllable mechanism – if not altered, as seen, for study purposes. “Journalism is supposed to be about informing people so they can understand the world and take action when necessary. Action and behaviour are not the same thing at all. One is a conscious choice, the other a human tendency.”