Journalism in crisis: digital billionaires to the rescue? 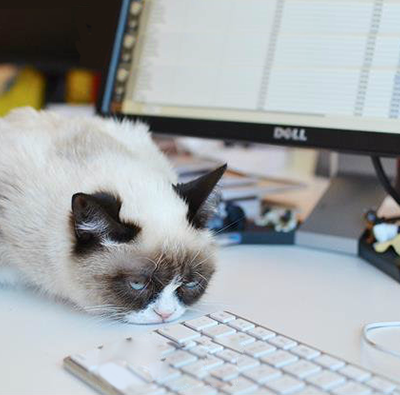 Is it necessary to learn how to code? In the world of media debate, this has been the week of the ONA Conference in Atlanta and  trends have emerged from this event. Great attention has been reserved to the role of data, computer techniques, numbers, and more particularly to the need by old and new recruits to the profession to learn programming techniques, codes that are used to create a website, and how to implement multimedia tools in their own articles (from html to JavaScript). A trend which is confirmed by many, as summarized by Frederic Filloux on Monday Note: [tweetable]’old-fashioned’ journalism is now extinct, the habits of readers have modified[/tweetable] and changed according to the device used and the time of day in which it is consulted. News must be there, appealing to the public and investors, different for each need and workable for each means. In effect, we need to learn to speak more than one language, and understand what is the best way to tell our own stories says media consultant Mario R. Garcia on his blog.

This week, the most discussed article was by Olga Khazan on The Atlantic about the need to learn how to code. Her stance is critical and clear and tries to find a ‘flaw’ in this popular and unwavering belief. According to Khazan, whoever intends to become a journalist should spend time looking for an internship, work freelance, learn to write and be in a newsroom rather than work with tools that, in most cases, are useless, and that can be used in a simplified way thanks to the many tools available online. This is all the more true – Khazan continues – if you consider that in ‘modern’ newsrooms there is a growing trend to segment the work by assigning a specialization to each team member (“like video, interactive graphics”), making unnecessary the need to learn more things which could penalize a foundational aspect of the profession (writing). Khazan’s point of view is summed up by Evgeny Morozov on Twitter: [tweetable]«To teach everyone how to code, do we first have to teach them how to read?»[/tweetable]. There have been numerous reactions to the article of The Atlantic, focused on the issue of what to teach in journalism schools and what those already in work need to learn; in short, on the need «to get your hands dirty» (Mark Hansen of the Columbia Journalism School, republished by Capital New York) with numbers, applications and strings. Steve Buttry explains on his blog what he thinks are the reasons why it would be essential to open up to new forms of production and learn new ways of working such as coding. [tweetable]Journalistic careers are now unpredictable and graduates need «a well-rounded» education[/tweetable], not knowing what their future will be, what they want to do or what the future media landscape will be. They need to ‘shine’ over the average media – this is Buttry’s suggestion – build a curriculum that stands out over others, offering different skills from those now within the reach of all. The thesis of Robert Hernandez of USC Annenberg on NiemanLab is more conciliatory: «I do agree that not all journalists need to learn and master coding in JavaScript, Python, or Ruby», but it is necessary – he continues – they know what it is, and that are able to understand what is behind the framework of a piece or an entire website when it goes online, being able to maintain an adequate degree of digital literacy to better communicate with their colleagues. «It’s 2013 — are you really arguing against learning technology?».

[tweetable]«A digital journalist (or web journalist) focuses on producing journalism of the web, not just on the web»[/tweetable], Hernandez continues. That can manifest itself in a diverse set of roles, but with the tools that are needed to be known – or at least ‘getting a taste’ – of almost everyone. The theme of «technological literacy» is one of the fundamental hypotheses of the opinion of Noah Veltman of Knight-Mozilla OpenNews. Learning to talk and work with the language of the web is needed in order to continue to devote oneself with the new tools in that ‘mission’ that journalism has become, and which now comes in the form of new challenges – to understand complex data, make them readable to the widest possible audience so as not to undermine the basis of an informed democracy. Moreover, Veltman explains that it cannot be assumed as an absolute the thesis that ‘all journalists should learn to code’ nor the opposite («Journalism is not a monolith»). David Holmes made a flowchart to answer to the ‘binary question’ «Should you learn to code?». No matter if you are a citizen journalist who publishes your content on CNN iReport, an editor of mobile app Circa or a reporter of The New York Times, it is clear to everyone that there is now a new definition of journalism explains Jonathan Peters on PBS MediaShift. A new role, which is more elastic, which demands – as has been seen – an unambiguous definition in professional terms, when non-legislative. If the platforms for consultation change, just as the demands of readers and methods of production are constantly changing, [tweetable]is it not reasonable to think of journalism, in historical terms, as an obsolete profession?[/tweetable] It is the theory of new media expert George F. Snell who is wondering if in 10-20 years there will still exist this role in the media. It is no surprise, he explains, that journalism jobs are at their lowest levels since 1978 in the U.S. Snell’s thesis has been developed around one of the key items of news this week: the recruitment of The New York Times columnist David Pogue as a Yahoo Content Marketer. Pogue is just the latest in a long line of journalists who have been recruited by companies (Dan Lyons from Forbes to HubSpot, Ben Worthen from The Wall Street Journal to Sequoia Capital, but also the parting of De Rosa from Reuters). [tweetable]«Are we witnessing the decline of a profession?»[/tweetable], asks  Snell. Is it true that all the companies are already gearing up to become “media companies”?

Journalism (and not the papers themselves), for what it represents in commercial and social terms, continues to be a strong attraction for the lords of the tech industry. [tweetable]«You cannot launch a successful modern media company without technology as an equal partner»[/tweetable], says Kenneth Lerer, a businessman who has invested in products such as The Huffington Post and BuzzFeed, and in the last few weeks a number of events have given a sense of how “the fortunes and ideas of the tech industry” are heading directly towards the news industry. This is the theme of an article by David Carr of this week, which starts from the editorial project funded by eBay founder Pierre Omidyar (which we talked about last week) and the investment of $250 million of Jeff Bezos in The Washington Post. They are just two, says Carr, of the increasing examples of the genre (starting with Laurene Powell Jobs with Ozy Media and Chris Hughes of Facebook with The New Republic). According to Omidyar his aim is getting into the content market to find a profitable and lasting way to inform the widest possible audience and to “serve the public interest in a commercially viable way”. The tech industry is perhaps the only sector that can do it, but the most common question in recent months is “can digital billionaires rescue journalism?“.

When the ‘new’ has difficulty in taking off

Three years after the launch of the iPad, products for tablets are still struggling to establish themselves. The tablet magazines readership is just 3.3% of total circulation, and even the top selling industry Game Informer, which has reached its maximum with 3 million digital copies, is experiencing a slight crisis. The problem, explains Lucia Moses in a long article on AdWeek, is not the tablet itself ([tweetable]in 2017 users will increase from 128 million to 160 million[/tweetable]), but the idea of a ‘closed’ content, ‘printed ‘albeit on another instrument, unattractive to the reader and for the advertising industry. The lack of interaction, the natural tendency to real-time reading and sharing with one’s own contacts, would make this kind of reading an almost obsolete experience. The article suggests that apps like Flipboard take advantage of this need by aggregating content and social connections and managing to bring their members to more than 90 million – despite encountering some hostilities, such as those of Wired and The New Yorker.

Even the native advertising system, another trend of recent times (of which we have already spoken), is running up against the first unknowns. In addition to difficulties of users (due to the fact that this type of business content appears to be similar to editorials), advertising agencies also seem to have doubts. To overcome the difficulty of working closely with editorial offices, it’s time to “get in the same room” – as can be read on AdWeek – but reluctance is coming from the advertiser side. Many customers who pay for a functional, effective, high-impact ad still prefer to ‘play it safe’ and invest in more classical products. We have to make it “easier to understand for our advertisers”, explained the Digital Ad department of Time Inc. It is a urgent need if you consider that 73% of members of the Online Publishers Association offer clients and agencies advertising products which fit native advertising.