Are you now or have you ever been a journalist? 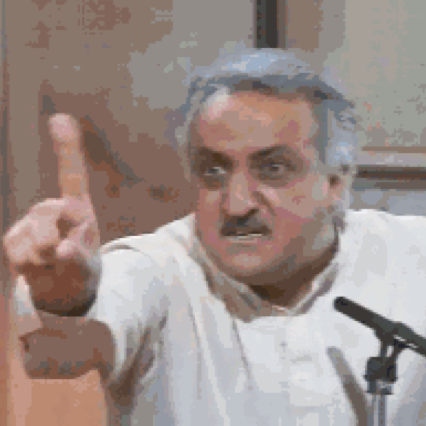 The decision of the journalist Glenn Greenwald to publish in the Guardian the information obtained by Edward Snowden on surveillance programs in the United States has prompted, during the last few weeks, several analyses which included much more than what this story has told so far, encompassing a large part of  the world of journalism. In the last few days, the debate has become more intense because of numerous allegations made against Greenwald, particularly on NBC – Meet the Press by David Gregory (“Why shouldn’t you be charged with a crime?”) and by the reporter Andrew Ross Sorkin (“I’d almost arrest him”) on CNBC. The issue, as noted by Eric Deggans of Poynter, has compelled the American media to a kind of ‘self-analysis’ that has led to a public questioning of the profession and the idea of journalism – both from a ‘philosophical’ point of view and more concrete perspectives.

The nature of the work of Glenn Greenwald has been defined from the beginning in an unclear way by some of the media who told the NSA story. Activist, blogger, Greenwald’s position has often been regarded as ‘external’ to the sphere of journalism, a subjective or unprofessional activity undermined by his unwavering activism – which, it should be remembered, has earned him the ‘confidence’ of the source who contacted him for his ‘sensitivity’ to human rights and surveillance. According to Jay Rosen, for example, insinuations such as those of Gregory would look very closely like a way to distance the British reporter from a kind of  “club of journalism”, as well as the repeated ‘attacks’ by other colleagues who have not  hesitated to call him various names  – such as “polemicist” coined by Andrew Sullivan. All arguments, according to Rosen, have been used to delegitimize the work of the Guardian reporter by the hottest new club of the “Journalists against journalism”. David Sirota summarizes this point forcibly, on Salon. In this club the best journalism is not that which challenges power or intends to shed light on obscure mechanisms, it is that which tries to protect it and keep low the attention to its work.

As we mentioned recently, Margaret Sullivan public editor of the New York Times criticized the definition of “blogger” used by the newspaper to present Greenwald, deeming it contemptuous, as if to say ‘you’re not one of ours’, although without judging it as generically offensive. Who is a blogger? Where does activism end? –  if it ends. And what does, or does not, a journalist do? The question has inspired more than one point of view. Sullivan herself is back on the subject this week, defining a journalist as one who “doesn’t shy away from the adversarial relationship between government and press”, a definition that “deserves respect and protection”. Jeff Jarvis in BuzzMachine faces the issue moving from the actor to the action itself, the real moment when the practice of journalism can be defined. Anyone now can act as a reporter, under certain technological conditions – Jarvis reminds us – enough to make the search for a single definition of “journalist” almost superfluous, if not strictly for legal terms. It is the journalism that makes a journalist, in the moment in which he provides his services to an informed community, including anyone who wants to contribute to this ‘mission’.

A journalist, Jarvis says, is able to give added value to the process of debunking rumors, verifying facts, analysis and adding context. It is the transformation of journalism from a craft into a real act, agrees Deggans of Poynter. “We are servants of an informed society. We always have been”, Jarvis concludes. How to define who, doing a community service as an ordinary citizen, gets to do real journalism? An example is the so-called “random act of journalism“, an expression coined in 2011 by Andy Carvin, the digital editor of NPR, describing phenomena such as the one of the Pakistani Twitter user who inadvertently launched the first update on the capture of Osama Bin Laden. It is evident how a media landscape where anyone with an internet connection can do journalism – and even make history – ‘behind one’s own back’ can lead to a less marked distinction between citizens and journalists, including bloggers and professionals. The thesis of Mathew Ingram on Paid Content is that thanks to the web, journalism is now something you do, not something you are.

It is a process that would have lead to something really new, still undefined: “We are beginning to realize that journalists come in a variety of shapes and sizes and come with a variety of commitments,” Jay Rosen tells David Carr in an article in the New York Times entitled  “Journalism, Even When It’s Titled“. With such a statement Rosen also recalls the central theme of the political and ideal participation in the journalistic professionalism. Despite the fact that activism is an important peculiarity in the career and work of a journalist, the professor at NYU says it does not necessarily mean that this kind of approach – or vocation – is the opposite of what a journalist does, or should do. It doesn’t matter what moves the work of a reporter, John McQuaid echoes on Forbes in the article “Why Glenn Greenwald Drives The Media Crazy“. The ideological motive or the pure agnosticism regarding what you are working on are both legitimate, but what really matters is how the information enters into the public sphere, the validity of the offered product, the debate it provokes, and not who put it there.

This argument is strengthened, according to Carr, if we consider the equation journalist = “political and ideological eunuch” as silly, since “it is not a matter of being a journalist or an activist – confirms Greenwald himself to the Times‘ reporter – but a false dichotomy. It is a matter of being honest or dishonest: all activists are not journalists, but all real journalists are activists”. In a post on his blog on Rolling Stones, Matt Taibbi explains that from his point of view “All journalism is advocacy journalism”. In the work of each journalist there is always a legitimately ideological motive, a  licit support that can be hidden or proudly shown – as in the case of Greenwald – but that cannot risk compromising the work of a professional. As the expert David Weinberg says: “Transparency is the new objectivity“. Carr concludes his article for the NYT with an objection that leaves room to maneuver with skepticism. Being an activist – he explains – can often lead to move the main focus of one’s own work from the revelation of the truth to prevail rhetorically in a controversy, even when this affects the same objectivity in a journalistic profession – which is where we are today.

The legal issues: who and what is ‘journalist’? In a scenario made of acts of unaware journalism and story of the truth devoted to the publication of the facts in the name of democracy or a subjective ideal principle, the legal question – the one most closely evaluated nominalisticly – becomes perhaps the most complex. The American media are questioning, in a broad way, the First Amendment which defends freedom of expression, trying to square it with the condition of Greenwald as a blogger, activist, ordinary citizen who may have crossed the line in the legal legitimacy of his own profession. The issues at stake are more than one: how to treat those who are considered by many in the journalistic and governative environment non-journalists, and so not entitled to the same legal protections? And how far journalism can go in the publication of sensitive and confidential data? What to do when the journalist, simply in doing his job, breaks the law? Carr and the Public Editor of his newspaper admitted in substance that the journalist (and only the journalist) is actually the most successful actor to benefit from the guarantees of the First Amendment.

There is a problem about a clear definition, difficult to determine – given the vastness of the subject and the digital revolution under way – and that has recently received the attention of the U.S. Congress. Felix Salmon believes the issue needs to be highlighted and discussed publicly. It is now clear – he continues – that for many Greenwald is a traitor, someone to prosecute, and although he is not persuaded by these arguments, Salmon admits that the media should necessarily address the issue, understanding the ethical and legal limits of journalism, dealing with this sort of ‘minefield’ of ethics and definitions. It is a difficult subject to discuss publicly, perhaps not without consequences for the profession, but something definitely more constructive than the attacks made on Greenwald thus far. The question to be answered is that of Kevin Kelleher on PandoDaily: ‘What the hell is a “real journalist” anyway?‘ and, above all, who decides?