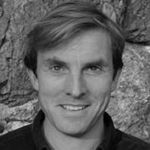 The social/political cartoon strip, which began life in British and American newspapers, has been a fixture in Italian print media for quite a while now. But what changes, if any, take place when the cartoon strip moves online? A consideration of the new opportunities and also the risks of political/technical censure. A high-profile journalistic niche in search of a role and its own defined space.

In association with Online News Association