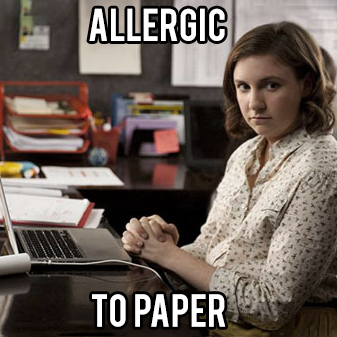 In addition to the challenge of a new journalism, the web has also imposed its reorganization of production and a radical change in the relationship between product, performance and income. This week we will talk about the paradox of the over-production of content against the collapse of advertising revenue, the case of the Oreo tweet during the Super Bowl, the pros and cons of online publishing and the growing distance between young people and newspapers.

The paradox of overproduction on the web

One of the most talked about articles in the past few days has been “Another blog post that won’t make any money” by Ryan McCarthy on MediaFile. In the article, the author highlights the paradoxes of online media production. A market where the surplus of supply does not justify efforts and revenue, where journalism  produces more every day, always in different ways, without any particular economic benefits. Analysis, graphics, photos, tweets and conversations with readers, slideshows, videos, GIFs, are available for a wider audience, distributed on various platforms, with previously unthinkable content. It is something that generally – McCarthy continues – gives an opportunity to advertisers to occupy more space and obtain a greater visibility. In spite of this, it has not prevented advertising revenue falling for years.

McCarthy cites Frederic Filloux, general manager for digital operations at Les Echos, to explain his idea: it is “economically absurd: in a ‘normal’ world, when audiences increase, advertising reaches more people and, as a result, rates rise”. The post notes that solutions to the dilemma have been reached in different ways, beginning with the well-known – and often controversial – native advertising experiments or  focusing on content and readers, as the New York Times did and for which recent data confirm the gap between the subscription revenue and the ad revenue. It is a question that the intersection between demand and supply is not able to explain: “The time we spend on the web has grown by 40% in the last three years. While advertising – McCarthy continues – becomes less and less expensive”.

An example of a possible new way and almost completely free online advertising was suggested last week in the weekly news. During the third quarter of the Super Bowl, the final of the football game between the Baltimore Ravens and the San Francisco 49ers, a power outage forced the stadium to remain in the dark for 34 minutes. The incident became an inspiration for the social media team of Oreo which tweeted from the brand account: “Power out? No problem.You can still dunk in the dark” with the image of the cookie that stands out in the darkness. The picture was essentially an advertising banner adapted to the immediate situation. It was retweeted by more than 16,000 users and ‘liked’ by 20,000 on Facebook. They were not the numbers of Beyoncé’s show, Angela Watercutter notes on Wired, but still a pretty good result “for a cookie”. The company responsible for the management of the Oreo’s social networks at the Super Bowl speaks of a mix between speed and adaptation to sensations: “You need a brave brand to approve content that quickly. When all of the stakeholders come together so quickly, you’ve got magic”. It was an almost unique situation – reported by Buzzfeed – to capitalize as best you can on an unexpected event.

The issue of the initial paradox remains alive. “In an environment – Watercutter continues – where advertisers are spending nearly $4 million to run a spot during the final (however Oreo presented one of the most appreciated spots), having a brand respond in real-time on social media is a clever way to reach people on smartphones and computers”. Especially if you consider the precise figure of 36% of viewers who watched the Super Bowl “consulting a second screen“, particularly Twitter (something which was also noticed by advertisers). A simple box against expensive productions for an old but still influential media such as television. According to some, this is an episode that should be relegated to the specialized debate on digital marketing, giving adequate ‘sectorial’  importance to the topic. Certainly for all the media, the Oreo tweet represents a case history to take into account, especially if you look at it from the perspective of the speed of production and sharing on multiple platforms.

Pros and cons of online publishing

Producing more, faster and with more means ends up with the degradation of professional work. This is the hamster wheel, the “hamsterization” cited this week by Jay Rosen in another of the articles discussed in the last few days. In a post with the eloquent title “Look, you’re right, okay? But you’re also wrong“, Rosen first analyzes the reasons for the progressive destruction of the traditional newsroom, caused by the unavoidable implementation of the logic of the Internet applied to the profession. The race to the easy click “stupid and not ethical” and the danger of amateur reproduction of the profession (“Bloggers and citizen journalists cannot fill the gap”), practiced by citizens who lack sources and tools that they are unable to operate – unlike the experienced reporter. Moreover, unlike the reporter they cannot act as the “community’s institutional memory” and on the spot ‘guardian’. Rosen doesn’t forget to mention the economic issue, the well-known impossibility of the return of the media industry of the past, since “the online advertising will never be able to replace what has been lost”.

On the other hand – or ‘at the same time’ – in this accusation-post on the various beliefs about the online media industry, it is necessary to consider seriously the positive aspects of this revolution, knowing how to work on a different ground compared to that on which we have operated for decades. In order to be able to see Google as a resource rather than a threat, it is necessary to definitively rewrite the methods of production, to rethink the content of new platforms – a particularly dangerous failure, in spite of the mythological ‘original sin’ of free distribution of the first journalistic content on the web. Still, it is important to interact with the rest of the supply (“‘Do what you do best and link to the rest’ is not a slogan, it is your only hope for a full coverage”) and one’s own readers, having full knowledge of the “business side”of the newsroom. According to Rosen, the overlooking of the “church-state” distinction between industry and profession was a lack of history that would have lead to real disasters. “A journalist is just a heightened case of an informed citizen, not a special class. The First Amendment doesn’t mention your occupation; it refers to everyone’s right to publish”.

Newspapers continue to arouse less interest among young people. This week, Alan D. Mutter, on Editor & Publisher, tried to explain the reason, taking a cue from some of the data of the Pew Research Center. In the United States, youth readership ranges from 16% in the forties and 6% in the twenties. A fact certainly associated with the general decrease of readers, that fell from 56% to 29% of the population from 1991 to 2012. Even with a more specific analysis there are no mitigating circumstances. According to the study, three out of four readers  are more than 45, although the same age group represents only 40% of the population, leading one to assume a progressive extinction of the newspaper reader. Why?

Routine. According to the post, the X and Millennial generations have ‘grown up’ in front of a screen, TV or tablet, and aren’t much accustomed to other methods of consumption. This explanation, however, would not be able to justify some recent data on the digital versions proposed by 65% of American magazines, which represent less than three percent of the total circulation. They are the so-called ‘digital natives’, who would prefer flexibility and convenience – therefore a pure web environment – to costs, effective purchase and ‘physical ownership’, according to an old analysis of the Washington Post cited by the author. A generation, according to Mary Meeker, destined to change everything, every process, from simple consumption to the exercise of rights such as education and health. Meanwhile, the New York Times imagines a sort of entry level journal to start young readers on a product like the newspaper. Laura Hazard Owen, on Paid Content, tries to imagine how it would be: lifestyle and columnists of the caliber of a Krugman (the ‘journalist-brand’ style we have already spoken), highly customizable, with a cost of 10-15 dollars.