Micro, beautiful, long and independent: journalism has a future 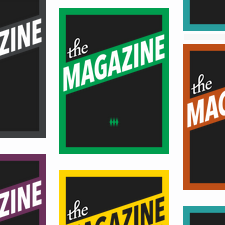 Although 2013 has just begun, the media, particularly online, already has some new features that generate debate on the future of the profession and its sustainability for both online and traditional media.

Taking a cue from the trends set in this field during 2012, Hamish McKenzie, in the PandoDaily, summarized in seven points what could be the publishing trends of the new year. Some of which have already had some significant confirmations in recent weeks.

One of them is micropublishing, the publication of stories and articles offered to readers on single and multiple formats revived, in recent months, by experiments such as Weekend Companion by The Awl group, Matter, The Magazine and numerous digital publishing shops that have been created and developed . It is an idea which aims to accommodate the habits of mobile readers, based on purely textual products, easy to read on smartphones and tablets, light to download and also relatively inexpensive to produce, considering that due to the ‘aesthetic linearity’ they do not require excessive economic investments.

Another prevalent theme in 2013, according to the author (in accordance with a 30 page Gdoc produced by digital strategist Nic Newman), could be curation, the activity of filtering and ‘cure’ of information where there are news overloads and tight deadlines. The role of the curator, who emerged with the growth of the use of social networks as a super-source for news and sharing platforms, would be destined, in the coming months, to become a central one on the basis of the motto “more signal, less noise”, especially referring to the actual online offer, which allows anyone, through the aforementioned social, tools such as Storify, Storiful and Bundle and read it later applications such as Instapaper and Pocket, to create a sort of self-powered curation, independent of editorial activity.

The access of the reader into an ‘almost’ journalistic area, allows him, through micropayments – another trend cited by McKenzie – to play an active role in a project, allowing the realization of funding single pieces or journalistic inquiries, new platforms, applications or blogs. In recent months, and in those to come, there have been launched and will be presented a number of new micropayments startups – as the Swedish Flattr and CentUp – that allows the giving of credit, in the true meaning of the word, to favorite authors: “Now that we are used to buying things with our mobile wallets, it will be easy to start giving something to the digital contents we value most”.

The declaration of independence by Andrew Sullivan

One of the best known and discussed cases in early 2013 is that of Andrew Sullivan. He is one of the most famous bloggers in the world. In recent years he has been hosted by Tina Brown on The Daily Beast, where he wrote and managed hisThe Daily Dish until his decision – or rather, declaration – in the early days of January in a post eloquently entitled “New year, new Dish, New Media (a declaration of Independence)“. Sullivan has decided ‘to set up on his own‘, with his team of collaborators and provide contents to readers with the payment of a fee of about 20 dollars per year. It will be the same blog, without ads, but independent and freely available if you arrive on the site from links posted on social networks or via RSS feeds. His target is 900,000 dollars, but in the first few days Sullivan already reached 400,000 with over twelve thousand subscribers, including a benefactor who decided to contribute 10,000 dollars.

The case quickly became a starting point for the most various analyses: they were more than a few to appreciate Sullivan’s initiative, including Felix Salmon of Reuters,, considering it a possible escape from the economic crisis of journalism, a “symbol of hope” (Ingram of GigaOM) and a way to make journalistic work profitable again.

However, a precedent that, according to many, such as Peter Osnos of The Atlantic Online, is likely to generate significant effects in the world of online news in a model not easily reproducible according to the professor Jay Rosen of New York University. In fact, the success or failure of such a project is essentially based on the loyalty of its readers, who recognize in the author a distinguished brand who they trust and pay with a yearly handout. Jack Shafer points out that: “It depends on how strong the relationship is between you and your regular readers. And Sullivan and his team have good reasons to bet on this relationship”, sometimes even to the limits of obsession. A fiduciary relationship in which the author, of course, has advantages over the usual figure of the blogger.

It is not news that Sullivan – a journalist, certainly not a beginner – has enjoyed years of hospitality at a brand of magazines such as Time and The Atlantic. For Poniewozik of Time Magazine this represented an advantage that Sullivan is now trying to monetize almost like the comedian Louis CK or Radiohead who “were able to capitalize on their independent efforts after they managed to become famous in more conventional ways”. Also noteworthy is the point of view of Kevin Drum of Mother Jones, who states that if everyone followed the example of the British author, many would no longer be able to afford to read blogs and soon would be unable to subscribe to them.

However, the harshest criticism comes from the pages of NSFWcorp in a post titled “If Andrew Sullivan is the future of journalism then journalism is fucked“. Mark Ames remembers the unresolved and controversial journalistic past of The Daily Dish author that would approach him with extreme right wing views and questionable statements in recent years. Ames stated “thank’s to our collective amnesia”, most people have mistaken Sullivan’s punditry for intellectual courage. Ames’ proposal, in a final peroration, is to let Sullivan’s project fail violently, now that his professional future no longer depends on economic-publishing elite but directly on his readers. The blog, accessible from the old address andrewsullivan.com, will officially start from February 1st. It is possible to contribute financing it here.

Two other editorial tendencies that McKenzie predicted in the PandoDaily are serialization and the role of multimedia contents. These two tendencies are synthesized in the case of the New York Times Snow Fall, prominent in the online debate during the Christmas season where, once again, the definition of “the future of journalism” appeared. Snow Fall regards a six-part report by John Branch on the history of the survivors of an avalanche in the mountains in Washington State in February 2012. The distinction of the piece, as differentiated from a typical non-fiction story, was the accompaniment of the voices of the witnesses and the multi-medial structure of the article. It was conceived not only on the level of text but integrated with audio visual contributions made striking with an aesthetically innovative and highly usable layout, adaptable for any type of reading device.

It is a different idea for an article and online journalism. It re-proposes the classic form of an only textual or visual pattern of repetition of the news, arriving at a sort of hybridization made possible, in recent times, by graphics and computer innovations finding its precedents in the aforementioned cases of ESPN and Pitchfork, the new video portal HuffPost Live and websites such as The Atavist. In this case, however, we speak of a mainstream media that invests months (six) and labor (16 collaborators), and managed to reach, with this experiment, a page view share of more than 3.5 million. Those are elements that make Derek Thompson believe. In The Atlantic, it can be difficult to talk about the future of journalistic language in general. It would be a “miraculous mega-multi-media feature,” “a triumph” of journalism, design and creativity that certainly deserves respect, but a method far from the present and journalistic speed of the network as it is today, where young and mobile readers – according to figures published by the Pew Research Center – prefer to read with a solution more aesthetically similar to the old print paper. More than anything else, it is a “sensational gift for readers,” concludes Thompson. “That is already enough”.

It should not be underestimated that the fact that the piece was initially launched as an e-book published by New York Times in agreement with Byliner – a move already anticipated in recent weeks on these pages – at a cost of 3 dollars and fifty three cents, is an example of how the trend toward the publishing serialization cited on PandoDaily can actually establish itself as a possible player in the market and into the debate in the new year – and there is talk of e-book as a home for longform journalism.

The propensity for textual production with medium-long consultation is, on the other hand, the seventh of the trends cited by McKenzie. Buzzfeed is a paradigmatic case, which employed a new longform editor and had already embraced this new way of working with the notorious “Can you die from a nightmare?” by Doree Shafir. There are steps in this direction by Tumblr, which is looking for a freelance writer who contributes to the “official storytelling arm” Storyboard, or to the success – even in economic terms, data and well-known crisis contexts – of websites such as The Verge and Polygon of Vox Media: “2013 promises to be a great year for magazine-format pieces, even if they are no longer in the out and out magazines”. These are all experiments that seek to emulate the publishing format of printed publications such as The New Yorker and Atlantic Monthly exploiting the tendency of readers on tablets and smartphones in a more serious and in-depth reading.

The executive offices of Buzzfeed are not only inspired by the past with its classical structure of longform. In an interview in one of the blogs of the Wall Street Journal, the CEO Jonah Peretti admitted he thinks in terms of advertising with the same innovative and revolutionary logic that animated the mad men of Madison Avenue of the ’50s and ’60s. In that period, the advertising industry was not satisfied to flatten out but was aimed at reaching its own target audience through engaging stories and entertainment. The case of the advertisement of General Electric on the home page and the BuzzFeed TimeMachine is emblematic although not singular. The media company has announced in recent days the investment of another 19.3 million dollars, added to the 15 million of last January which has yielded 46 million. It is an important investment that will continue to grow, relying on the mobile, on the video section and proposing its well known journalistic style made up of galleries with hundreds of thousands of like, political journalism, and approach to longform.

One area that risks becoming even more competitive and crowded – as long as it finds the right model – is the news of the recapitalization of Svbtle. This blogging platform, launched less than a year ago by the designer Dustin Curtis, which, unlike the classical WordPress, Livejournal or Posterous, hosts posts of a few dozen of ‘tech thought leaders’ – which now have become more than two hundred. The platform aims to make a profitable business with quality contents and a longform mode. A road that goes in the opposite direction to the more than ten years of ‘blogging democratization’ which limits the network to only a few selected authors and wants to profit on this ‘entry wall’. Although the same Curtis, interviewed by TechCrunch and prompted by Ingram on PaidContent, admits he has no idea on how he can do it.