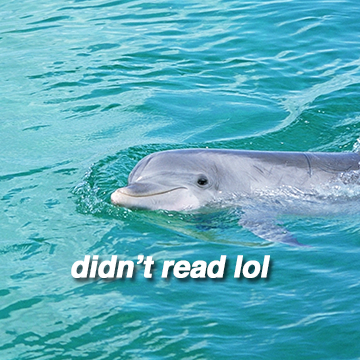 This week, the digital media landscape was dominated by news of the purchase of WhatsApp by Facebook for $19 billion. It was a highly debated event that, although at first sight it seemed far from the journalistic universe, somehow ended up invading it. As if the record price of the Palo Alto company were not enough (it recently became interested in the publishing market), with the acquisition of WhatsApp Facebook intends to find a place in the area of digital consumption which it has struggled to enter (evidenced in this map published on Stratechery). In the campaign for supremacy of the attention of the users (an aspect of digital life which is more and more at the center), proposing an application like WhatsApp could help to break into the market of “short range” personal social communication, which has begun to have some importance also from the publishing point of view.

There is a part of the social traffic that continues to be excluded from the analysis of feedback on articles which come from private shares via messages. According to Liz Gannes of ReCode, WhatsApp offered  a small group of publishers (including Shazam and BuzzFeed) the possibility of introducing the “Share on WhatsApp” button on their articles, beyond those of Facebook and Twitter. Since October, BuzzFeed has integrated the WhatsApp’s share button on iOS. Since then, there has also been the green button that makes it easier to share with address book contacts. This doubled the use of the app in just a few months. According to the President of BuzzFeed Jon Steinberg, the share on WhatsApp button is more than Twitter: “Every time we looked at WhatsApp’s numbers, it blew us away”. Joshua Benton of NiemanLab is more cautious. He uses the same words of Gannes: it is impossible that WhatsApp has surpassed Twitter in terms of shares, because no one knows if content is shared with a single contact or a group with more people. What is known to be increased is click data on the green button and not the unique contacts generated.

Are quizzes useful for online publishing? Yes, no, don’t know

This was also the week of BuzzFeed quizzes regarding updates that are not related specifically to journalism, but to techniques and evolutions which can contribute to its development. They are simple multiple choice questions that draw up a profile of the respondents. They have invaded Facebook in the United States due to their high shareability, the large number of quizzes and the wide range of topics proposed. The range spans from the search for the ideal city (“What city should I actually live in?”) to the television characters most similar to the respondent, to the counter-quiz of Slate (“Which BuzzFeed quiz are you“) and the most indicative one of Katie Notopoulos. Wondering “Should You Learn to code” Notopoulos offers a series of responses all related to the post of a few months ago about the journalistic debate regarding the necessity of learning how to use programming languages (the answer, in a post constructed via coding which proposes only a review of external links in a playful way, is obviously “yes”).

Caroline O’Donovan of NiemanLab wonders if quizzes are the new listcles, a kind of article with a list template for which BuzzFeed became famous. “People really like to have organization and structure – it’s just appealing”, explains Summer Anne Burton, managing editorial director of the website of Jonah Peretti. “There’s something reassuring about it. Quizzes have that in common with lists – they make content accessible” and foment the narcissistic instinct to be categorized, continues Jordan Shapiro of Forbes, pushing the sharing and leading to the so-called – and craved – engagement. There is more: structures like these are ideally suited to manipulation from the advertising point of view. The marketing section of the website has access to the quiz template and can offer it to advertisers, allowing them to make an ad (on the basis of native advertising) with content that can entertain for free on social networking websites (as well as for the five types of content in BuzzFeed style that encourage users to share, presented this week at the News:rewired Conference which you can find here). The journalistic profession – individual or in a newsroom – has changed radically thanks to alternative and complementary story tools. It is not only necessary to write an article and publish it, but to work on the long wave of its publication, to know how to promote it, to be open to debate, in a constant search for the highest number of visits to achieve through additional work that is now taken for granted also from the point of view of pay – to work twice as much to earn essentially the same (this week Ricardo Bilton and some industry experts faced the issue on DigiDay). The fight for attention, on mobile and desktop, risks stifling the first goal of the obsessive search for unique contacts, comments and shares: namely reading. This week Chartbeat CEO Tony Haile let slip on Twitter that there is no “correlation between social shares and people actually reading”. This means that most of the links that we read on Twitter have never been read by those who posted them (Schwartz, another data scientist of Chartbeat, says that there is no proof that can make people believe that on Facebook the same thing doesn’t happen, in the same proportion as on Twitter).

In an article entitled “You are not going to read this“, Adrianne Jeffries of TheVerge tried to find evidence and succeeded on BuzzFeed. Most of the tweets, according to the social news and entertainment website, are posted without a word of the article having been read (ie a very quick visit on the website), or exceeding three and a half minutes of reading (two on a mobile, on average). How many are those who really intend to get news while using social networks? And how many of them among young people? According to research conducted at the end of 2013, only 21% of young Americans between 18 and 29 admitted to using social media to consume news. The data became topical again after the Microsoft researcher Danah Boyd was interviewed on FastCompany about her book on the relationship between young people and social networks. According to Boyd, adults use Twitter in a most professional way to communicate and build brand, while young people tend to use it without posting too many links (without sharing articles) and mostly as a means for interpersonal interaction among themselves and with pop celebrities.