peter ludlow: I surf therefore I am 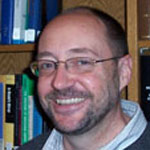 Peter Ludlow, one of the world’s leading technology philosophers, was among the first to conceptualise cyberspace rights. “Social networks – and virtual worlds and online communities in general – have acquired sufficient political clout to influence our lives and our societies. Users and citizens should be aware of this new power. Networks have until now been managed in an absolute, Olympian manner. And this is no longer tolerable because the limited democracy of the networks can weaken that of society itself” – interview in the Italian weekly L’espresso, October 2010.

The US diplomatic cables began to be published on 28 November 2010. Of exceptional interest is not so much the content of the cables as the reaction on all sides to the publication of the cables. Has there ever been a more enlightening open discussion on what liberal democracy is and/or should be. Of the many subsets of issues to emerge, the deceptively simple questions what is journalism? and who is a journalist? require addressing.

For those interested in some background reading, here is the list of articles the International Journalism Festival posted on the subject during the weeks following 28 November.

In association with Personal Democracy Forum