The post-Snowden era: how has journalism been affected? 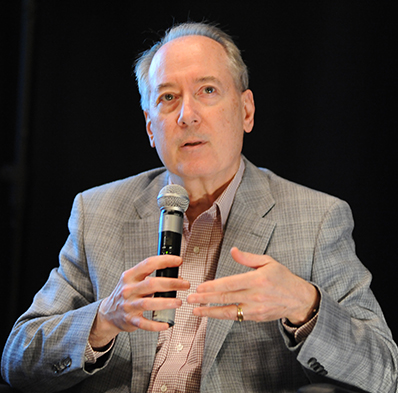 What has Snowden opened us up to?

The Guardian and Washington Post’s revelations about the US and UK’s intrusion into our private lives has awoken the media – and the wider public – to the extent of governments’ mass surveillance practices.

So what exactly are the consequences of the journalism that described Edward Snowden’s revelations about the NSA and GCHQ’s surveillance on ordinary citizens? What has Snowden opened us up to?

“It’s about security”, said James Ball, something all the panelists focused on.

“It’s incredibly easy to sell out a source and not know you’ve done it. We’ve got to make it as hard for security services to do so as possible. I think one of the very good effects of Snowden is to bring this into the center of mainstream practice. You could legitimately say we should have had more experience earlier, but I’m pleased that we do now.”

The second is censorship. The Guardian faced far more censorship than US publications.

Ball explained that there were several steps the Guardian took to nullify the significance of being forced to smash up files. One was sharing information with other news organisations, an unnatural step for journalists. “We have to carry on thinking in those terms,” he said.

The fact that Snowden consciously decided to give his information to Glenn Greenwald and Warren Buttress – both very experienced but very different journalists – may mark an interesting point for the future journalist. Neither are closely affiliated to any news organisations and so had no editor or organisation to say no to the publication of the NSA files.

Andy Carvin from First Look Media said that post-Snowden security and social media have been bedded in from day one.

Are we stuck in the past?

Dan Gillmor spoke of how he put PGP encryption software on his computer in the 90s – but said it is not much easier to use encryption today than it was 15 years ago. “We have to take back the control that we are losing to these governments and other companies. In some ways we are giving it to them – if you use a mobile phone – these are spying devices as much as mobile devices,” he said.

Gillmor suggests we trade back some of the convenience of using products and software, and in exchange get some control back.

Jillian York said there were two individual effects of Snowden: censorship and association. A fear of who we are associated with – the metadata on who you talk to – is “very much part of the Snowden effect”. But she worries that the problems people experience include mastering complex encryption software.

Ball said that after Snowden’s revelations he would fly across the Atlantic to discuss work in person rather than using technology. His estimate that he flew 130,000 miles last year shows the paradox of modern, post-Snowden journalism that is forced to going back to traditional methods of communication.

According to York, “encryption is only one part of what we need to do. As a broader group we need to advocate for more legislation.”

She added: “the 1st and 4th amendments argument clearly only works on some of population – and clearly not on our politicians. If journalists in every country don’t put this on the agenda, they will be failing their readers.”

The Snowden effect on journalism

I caught up with Dan Gillmor after the panel discussion. He is the director of the Knight Center for Digital Media Entrepreneurship and has been writing on technology for the last 15 years.

I asked him how the “Snowden effect” has impacted how he teaches journalism, and he said it it is a major part of what he is trying to help them understand. “Students in general are more aware of how long information lives online, but that’s part of the overall security and privacy issue of Snowden.”

Is he frustrated that, despite writing about technology since the 90s, people are only now paying attention? Not frustrated, but, “it disappoints me a little bit,” he said. “But I’m never surprised by public willingness to trade their rights and their liberties for what is the illusion of safety…because they never see the consequences.”

In response to Jillian York’s earlier comments that US citizens don’t always accept the argument that surveillance goes against the 4th amendment (which should protect citizens against unreasonable searches of their property and themselves) Gilmor suggested “we started giving that away long ago before the Internet existed with what we call the ‘War on Drugs.’”

“It’s one of the reflections of media power that people like Glenn Greenwald and Laura Poitras did not come up through a ladder system where they were climbing an organisation ladder – they essentially built their own ladders to where they wanted to go and used (I mean that in the best way) organisations, put out their own stuff and looked for ways to have an impact.”

“They made their own stardom in a way, without needing to be locked into one organisation for a long time, and that’s only possible because of modern media. I think overall that’s a good thing. I certainly admire them both.”

I asked Gillmor whether he considers this new method a two-way street. Perhaps these new types of journalists still need traditional news organisations, as much as the organisations need them? “To a certain degree, in this media world a small organisation or even a single blog can get amplified with traditional media and in other ways”.

“It’s interesting, the collaboration– I want to see much more of that on big stuff, if the goal is to get the public aware of major situations and to spark debate. I think that’s a good role for journalists. In the UK that’s been a role for a long time – journalism with a worldview is the norm in the UK.”

Gillmor suggests that by contrast in the US there’s what he called ‘unicorn objectivity’ – “that lovely idea – but not achievable”. He believes you can do fine journalism and still have a worldview, “to see why that’s true just buy the Guardian and the Telegraph”. “By reading those two I kind of triangulate on reality and that exists in the UK.”

So if encrypting is just as hard as it was when Gillmor did it in the 1990s, can we realistically do much to protect our privacy? Yes, it turns out.

End-to-end encryption – such as for emails – is about as difficult as it used to be, according to Gillmor, unless you’re using a cloud service end to end. “It’s not being stored,” he said, “but Google reads it or Microsoft.” But he believes encryption is simple when it comes to the web, because even though it’s a flawed system, SSL (secure sockets layer) and HTPPS (Hypertext Transfer Protocol over Secure Socket Layer) generally work, even though we have seen flaws recently. “The whole Internet commerce would not exist without them,” he said.

Gillmor suggested other things we can do are using OTR (off the record messaging) for chat, which can be used with some but not all major chat clients – “I recommend everyone to use it. ”Gillmor’s key advice is: “figure out what you’re worried about – understand what the threat is. If you’re really worried about NSA and GCHQ then you should assume that everything’s compromised and they’re out to get you. But if the threat is the neighbour’s teenager who’s trying to find holes in your software you can do something. So figure out what you’re worried about and secure that rather than be secure from absolutely everything because that’s not possible.”

He provided a list of things everyone should do: update software and your applications; encrypt your hard disk and phone; install full disk encryption on your devices, he claimed it is “quite easy to do on modern operating systems”.