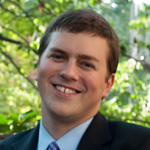 The web has transformed political news and political campaigning. Powerful yet simple new ways of sharing and distributing information have complemented, or indeed taken the place of, traditional methods of creating consensus and hence the traditional methods of communicaton. But with the traditional media space now being to a degree bypassed, is there a greater risk of message triumphing over substance, of the hat taking the place of the cattle? Or is it the opposite, the fragmentation of the message board leading to more genuine political debate?