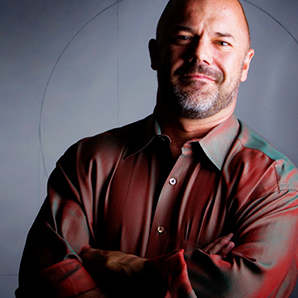 «Nostalgia for traditional media work? All those hours to cut articles to fit them into a page? No. The only thing I miss is the company. I work in a small room which barely fits a chair. The view from my window? A brick wall». “The view from your window“, one of the most famous sections of The Dish, the blog that Andrew Sullivan wrote from the end of 2000, the prehistory of news on the web. It was a gamble. Hailing from southern England, he studied at Oxford and at Harvard and was immediately adopted by the cultural establishment of the US East Coast to become, at 27, the editor of the historical magazine The New Republic. At the end of that experience he decided to «be self-employed». After six years alone, his creation tempted the media bigs. He was hosted by Time, then switched to The Atlantic and to The Daily Beast in 2011. Meanwhile, the blog shedded its skin. «Now – he explains – it is unrecognizable. I was a lone voice then, hosted by other newspapers. I began to hire. Twelve years ago I was responsible for 95% of the content. Today I would say one-third. My colleagues for another one-third, the readers for the rest. We went from a monologue to a dialogue, an open conversation».

It has more than a million loyal visitors, 90,000 emails per year. There are posts that range from politics to culture, lifestyle, comments and knowledgeable aggregation. The blog has grown to the point that Andrew thought it was right to reclaim its independence. The Dish – which now has 7 employees – will leave The Daily Beast and become an independent publishing enterprise. Starting on 01 February it will be necessary to pay $19.99 a year in order to read it. But it’s not a paywall: «We ask readers to pay for full access, but 80% of the content is free». Whoever comes to the blog from an external link will not find a wall but each time he clicks on “continue reading”, anywhere on the website, a counter will be activated. After a certain number of clicks per month, the content will be available with a fee, a little like The New York Times. There is a revolutionary “aggravation”: no advertising. «I like the purity of a sole source of income – Sullivan says – and I think that asking the loyal readers for a small fee is the future of online journalism». But are website readers not already too accustomed to everything being free? «People are starting to realize that continuing this way means the death of journalism. In the early years, when I managed the blog, I did fundraisings, but the donations were given to what was considered a hobby. Today we ask you to pay for a service».

A few hours before the end of 2012, the new The Dish venture led commentators to say that the media year 2013 already had its “key moment”. The experiment is difficult to apply, Sullivan admits, to more institutional realities, especially for advertising. But if it works, Matthew Ingram wrote on GigaOM, «it could become the first real success story of the post-industrial era of journalism». An era in which, as Chris Anderson, Emily Bell and Clay Shirky explained in a recent study of the Columbia Journalism School, the balance of power between the individual journalist and the institution may be overturned.

A useful model just for writers whose names are already a trademark? «It is probable – Sullivan admits – The most successful websites, unlike newspapers, are based on personalities: The Huffington Post, the Drudge Report. Online journalism needs a personal touch. Most people use the web to get in contact with other human beings through emails, Facebook, Instagram». Paying a journalist who has built an online relationship with his readers could be more natural than paying for a newspaper. «Mass intimacy, that’s it – he says – I recognize a reader of The Dish when I meet him on the street: he greets me saying “Hello Andrew”. Those who know me via TV call me Mr. Sullivan».

An intimacy born from years of reasoning and changes of pace with an open heart. The story of The Dish is the story of a Catholic son of Irish Catholic immigrants, uncomfortable with the Church of Ratzinger, homosexual, conservative, who supported President George Bush Jr. and now cheers for Obama. All under the eyes of his readers, explaining, apologizing, insisting. «I am always accountable for my positions, and I correct my mistakes». The biggest one? «The war in Iraq».

At the time, Sullivan followed the neocons line, describing «the decadent left enclaves on the coast as the fifth column of the terrorists». Then came to light the images of torture: Andrew became a fierce opponent of the Bush administration. Since the primaries of 2008, he has been a fervent Obamian, and better than others he has been able to explain what the president means for the new post-racial and post-ideological America. However, he is still a conservative. «With a small “c”. And the reason why I like Obama so much is that I think he is conservative too. He is an old-fashioned Republican, which seems more liberal because the right wing has become extremist».

Inconsistent, provocative, a character? Those who follow him trust him. Otherwise it would not explain why thousands of people (about 700 in Europe) have already picked up his challenge: in a couple of weeks The Dish has collected $466,000, almost half of what experts believe it takes to go forward one year. But how many will pay a fee again in 12 months? It matters relatively little to Sullivan. He is 49 years old. For 20 years he has been used to living in the present: «I was diagnosed with HIV when I was 29 years old, and at that time it was still a death sentence. Knowing that you might die in a few years focuses the mind. You realize that you can do anything. As my old friend Hitchens said, you should write as if you were already dead: completely immune to external pressure and only interested in the truth». It is what he tries to do with 240 posts a week, thousands of words a day: «That’s why The Dish offends many people and why so many love it».

This article was originally published as BuzzFeed vs The Dish due modelli per il futuro del giornalismo and is reproduced with the kind permission of Corriere della Sera.