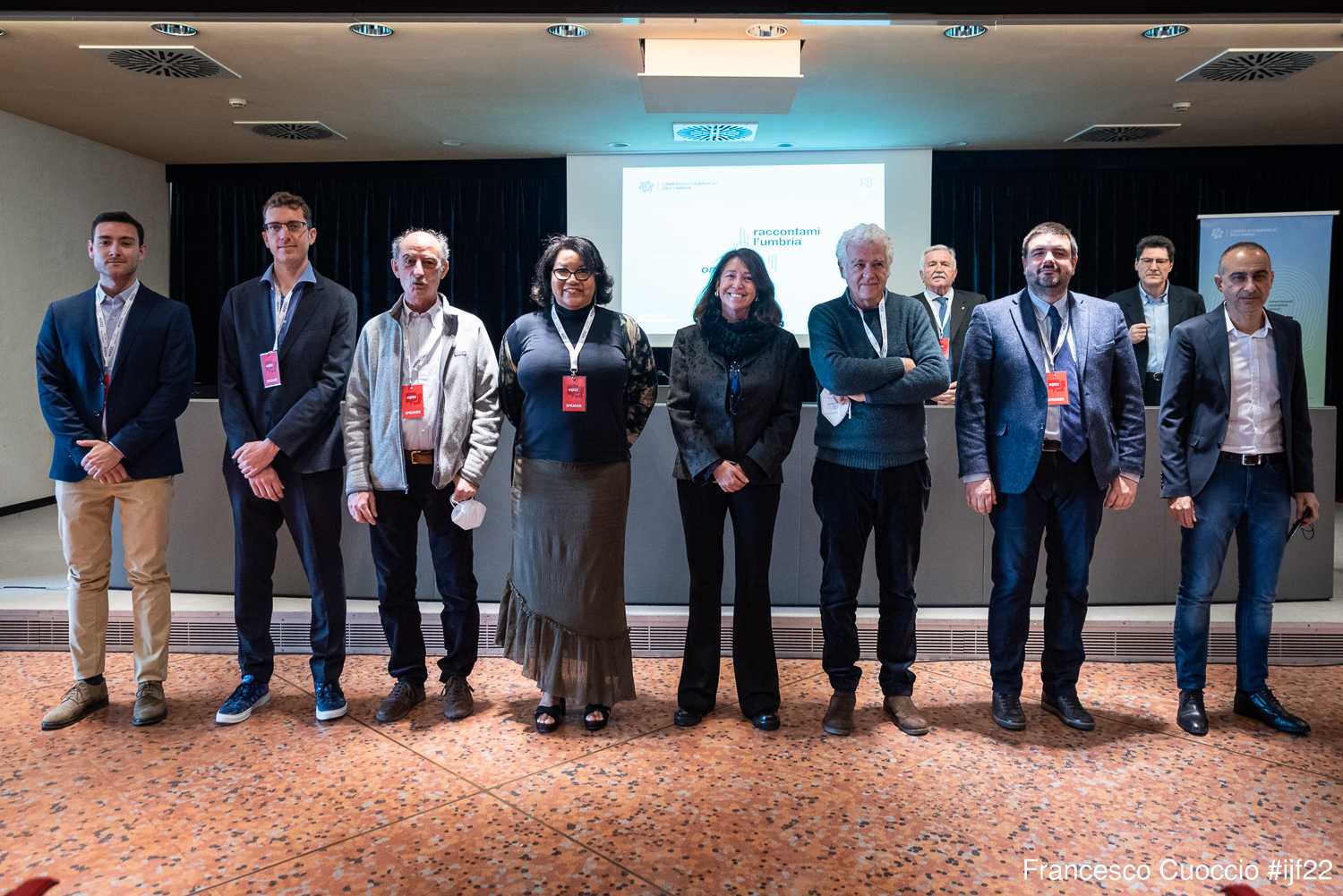 On 8 April 2022 at 12.00 in the Sala delle Colonne, Palazzo Graziani, Perugia took place the prize-giving ceremony of the twelfth edition of the Stories on Umbria International Journalism Award.

The competition, organised by the Umbria Chamber of Commerce, is reserved to those articles dealing with the region’s artistic-cultural-environmental points of excellence and the high quality typical economic-productive system, bringing the national and international focus on Umbria and its territory and contributing to valorising the best of Umbrian business production.

Tourism, environment and culture (prize €2,500.00) – the American journalist Helene Cooper for her article The Vibrant Resilience of Castelluccio di Norcia, published in The New York Times.

Schools of Journalism Award (€1,000.00) – Francesco Ferasin and Alberto Vigonesi for their report Brian e la casa dipinta a Todi on the Quattrocolonne channel of the Perugia Journalism School.

In addition there were two special mentions, one for Clelia Arduini for the article A riveder le stelle published in Touring magazine, the second for Andrea Sbarretti for the video Gavelli shown on Tg2 Weekend of Rai 2.

It was a great success both in quantitative and qualitative terms, as highlighted during the ceremony by the President of the Jury, Bruno Gambacorta, the well-known Rai journalist, creator and manager of Tg2 Eat Parade: “There was a high level of applications and interesting videos which made it very difficult for the jury to choose. We also received excellent reports from journalism schools from outside the Umbria region this year.”

The other members of the Jury of the XII edition were the following: the President and Secretary General of the Chamber of Commerce of Umbria Giorgio Mencaroni and Federico Sisti, the head of the press and communication sector of the Chamber of Commerce Paola Buonomo, the journalists Simona Chipi, Federico Fioravanti and Gabriele Salari, as well as Donatella Binaglia who represented the Order of Journalists of Umbria of which she is vice president.

“A superlative edition” said Giorgio Mencaroni, “which demonstrates once again how Stories on Umbria has created a new, effective and evocative format for communication of the local territory and which is ‘copied’ in other regions, although not with the same success as the original. The return from this award is far greater than the investment involved. And this is a reality that, I hope, will also be grasped by other institutions to make it an even broader, stronger and more incisive promotion vehicle for Umbria.”