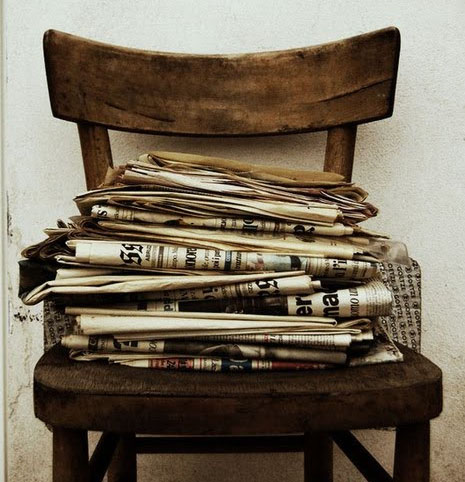 Sustainability has been one of the most hotly debated media topics in recent years. New models are everywhere, thanks in part to new digital tools but also as a reaction to the economic crisis in the media industry. Last week the new project Matter kicked off, and the practice of native advertising was consolidated.

On Wednesday 14 November Bobbie Johnson of GigaOM and freelance Jim Gales published the first article of Matter, their news channel founded with the support of crowdfunding contributors on Kickstarter: $50.000 was the goal, $140,000 the final result, a nice incentive to get on with it. But it’s not only the bottom-up financing which is unusual here. Matter sells its articles on Kindle Store and iTunes format MOBI and EPUB, and of course on the website: 99 cents for full access to online content, versions in audiobook, the opportunity to take part in post-publication debate with the authors and join readers and contributors groups. Also worth noting is the type of  content: it will be longform journalism (minimum 5000 words) with a science and technology focus. All in all, a real challenge in terms of format, channel, financing and content.

The very first article is a report of some 7700 words written by Anil Ananthaswamy entitled “Do No Harm” on amputations, the Body Integrity Identity Disorder and the work of surgeons who risk their lives to help those affected. The project founders, meanwhile, say they are satisfied: they are excited by the chance to show their audience the work they had imagined and are proud of the choice and the final result of the first article – “a type of story that is difficult to find elsewhere” they claim. They’re confident regarding the sustainability of the project: “People were very happy to pay for quality news.” Furthermore, the strong funding support would seem to indicate the existence of a fairly large and motivated community of readers which on taking up a subscription will have the chance to suggest topics and comment on those of others on the open-source platform All Our Ideas.

But is the iTunes model applicable to journalism? And more generally, will Matter be able to survive? Felix Salmon of Reuters believes that the project, in this sense, has a good chance. “I think the success of the Kickstarter campaign is proof that there’s huge untapped demand for this type of product – demand which is not being met by competitors … like Scientific American or Popular Mechanics.” More pessimistic, however, is the New York Times science reporter Natalie Angier, when questioned by Mallary Jean Tenore in Poynter: “Will people pay to read long, provocative and beautifully-crafted science stories? And will Matter pay writers a living wage that to meet that desire? Consider me a hopeful sceptic.” As for payments, Johnson himself tried to clarify issues in paidContent: “We pay writers by whatever means we can. At the moment, we’re mainly based around a flat fee, but once we have real sales data we’ll probably experiment with revenue shares and other options.”

Other news of the week from the future of journalism front – or rather, its sustainability – comes from Boston.com, the online version of The Boston Globe, which has decided to “embrace the trend” of native advertising, a buzzword recently on the lips of many in the field, which defines the kind of online advertisement that is paginated and presented as a normal article, but in reality is a “special ad feature.” Advertisers will be free to publish their own insertion-articles in a program called Insight and from there to advertise products or services. The posts will appear later in various sections of the site in a box in order to reach and inform the potential customer in a different way from the classic banner system, now generally considered so annoying as to be overtaken by various browser plug-ins that permit easy ad removal.

But why choose this path? Mainly in order to find a new way of attracting reader interest through new tools, as different as possible from display ads, which have become almost irrelevant and are clicked – according to Forbes – only eight times per ten thousand. Not much to base one’s survival on. What’s necessary – according to Lewis Dvorkin Chief Product Officer of Forbes – is to really grab the reader’s attention rather than just occupying screen space, even though marketers already “want their content read, discussed, shared – just like stories by reporters.” Or, as for readers, the key would be discussion and sharing, social communication between brands and consumers, two actors who “now use the same tools and appear in the same content streams” continues Dvorkin. Or more simply, overcoming “the difference between brands as annoying salesmen, pushing users to pay attention to something they don’t really care about, and content-creating friends, suggesting, recommending, chatting, and generally just hanging out” as Erin Griffith puts it in PandoDaily. It’s much better to propose content – although in reality advertising – in the form of an article which the reader will peruse attentively. “Native ads are digital ads that do not suck. That may be because they weren’t invented by advertising people” he writes in a post entitled “Native advertising will save us all. Maybe.”

The Boston Globe is only the latest to change approach, as reported in Emediavitals: similar tools have been available to advertisers for some time, whether in Forbes – under the name BrandVoice, or inThe Atlantic through the microsite, and its financial offshoot Quartz in the Quartz Bulletin. And from buzzfeed, which integrates its featured partner content in the publishing stream, which during the presidential campaign even granted posts to Obama staffers under the heading paid political advertising. Many newspapers remain sceptical however, an attitude which would appear to find support in the data. According to a study published this week by MediaBrix, the majority of online adults reached by research regards this type of ad as “misleading” (66% for articles, 86% for the videos that don’t seem to be promotional). Much more than sponsored tweets (deemed misleading by 45% of respondents) and Facebook sponsored stories (57%). “It is critically important to us that advertising can be clearly distinguished from editorial and news content by our readers. For that reason, we tend not to accept native advertising,” explained Eileen Murphy, for example, of The New York Times. But in the meantime, Jeff John Roberts in PaidContent.org asks if the Grey Lady can afford much longer the luxury of ignoring this alternative.