The truth: an optional extra? #journalism 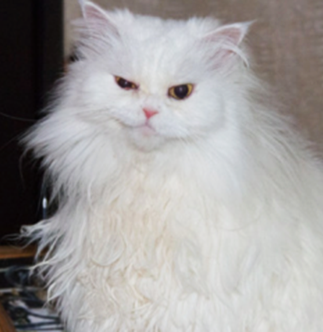 The truth is not enough

@alancross and we have to hear it from playboy

This summer the social networks have been invaded by the photo of Jeremy Meeks, a handsome, young man who, according to the news (published by BuzzFeed, Gawker, Washington Post, NewYorkMag), was arrested and charged for illegal possession of arms and then offered a contract of $30,000 as a model. Though it went viral, the news was not true. This week, Luke O’Neil of Playboy Magazine has returned to this story in an article about news hoaxes, their spread and the ethical standards for digital journalism. According to O’Neil, such operations represent the uncalculated consequences of a precise editorial policy. Online outlets focus “on page views because they’re quantifiable,” explains Jonah Berger, author of “Contagious: Why Things Catch On“, preferring sensationalism and speed to the checking of sources and details. Reporters are required to do the task of optimizing the dissemination of news, pushing readers “to share juicy headlines without reading the story.”

How can such dynamics be explained from the part of the reader? According to the Boston University marketing professor Carey Morewedge, interviewed by O’Neil, the reasons lie in psychology. It is easy for readers to share and be lauded by their friends and followers for publishing interesting news. On the other hand, it is harder to receive criticism (“If you tell a lie in person, you’re more likely to receive the blame”) for sharing hoaxes – for which the responsibility can be easily be assigned to the outlet that spread it and was deemed authoritative. Moreover, it becomes increasingly difficult to notice the non-truth of a hoax. News of this kind, with their virality, spread much faster than their denials, often drowned out by an irreversible process of sharing, without an effective opportunity to tame or correct. [tweetable] “Truth is not a major driver of why stories are shared”[/tweetable], Berger affirms. The fault cannot be attributed to who reads and shares – the article from Playboy continues – but to a class of journalism that is likely to be used to working without too many ethical standards. The real threat – O’Neil says – is living in a world where satire, parodies and news are indistinguishable (the distinction between “authority” and “authenticity” is remarkable, cited this week by Mark Little, founder of Storyful). The way news is consumed and shared has changed (here a post about how digital journalism was imagined in the 1980s) and social networks are the main drivers of this change. Facebook is becoming increasingly important for publishers and readers, considering that (according to data published this week by the Pew Research Center in an article by Monica Anderson and Andrea Caumont) 30% of Americans use it for getting news (against 10% for YouTube and 8% for Twitter), one user in a two shares and discusses it online, and that in the last few months we have witnessed Facebook overtake Google as the main source of views. In the process of approaching news, Facebook becomes more and more significant, although ‘behavioral’ differences between those who get news from a source such as Facebook, compared to others, are quite substantial. As can be seen from the graph below – courtesy of the Pew Research Center – those who have access to the news directly from the homepage of the website have an average permanence time of 4 minutes and 36 seconds (here an analysis by Fastco on how we can adapt content to responsive design), almost four times more than those coming from search engines and Facebook, and is more strongly inclined to read other content.

It is also for this reason that the relationship between Facebook and publishers is getting closer. This week John McDermott of DigiDay analyzes the current – and the future – social network media strategy, a plan that would take the company of Palo Alto to be an increasingly important tool for all news outlets, forcing them into an inevitable collaboration. With a strong team of journalists and experts, and partnerships with publications such as Time Magazine, the goal of Facebook is becoming more and more essential for readers and writers, challenging the competition of Twitter which has a smaller audience, but is still quite strong for news and media presence – and of the emerging Pinterest (which begins to be a significant source of traffic for some websites and is working a lot from the editorial point of view). It is not a coincidence that the latest tweak to the Facebook’s algorithm provides for a ‘chronological’ order of posts on users’ walls to give priority to breaking news, “so you can immediately know what your friends or favorite pages are saying about the stories of the day.” According to Stuart Dredge of the Guardian, it is a reaction due to the recent events in Ferguson which were “lived”on social networks – with Twitter as protagonist through narrative, organization and updates, against an almost irrelevant Facebook presence.

Advertising or news, the reader decides Whether it is active participation or simply reading updates from a dashboard, it seems increasingly clear how the sectarian distinction between recognized outlets (the authority, as we said previously) and other news sources (properly or less journalistic) is becoming more and more nuanced for the users. It is not surprising, in a context able to guarantee that everyone the chance to ‘be media’, that companies without any journalistic ambitions – but with the aim of advertising products and services – want to do it on their own, using journalism tools applied to advertising. [tweetable]“For every working journalist in America, there are now 4.6 PR people, up from 3.2 a decade ago”[/tweetable], says a long article by Andrew Edgecliffe-Jonhson of the Financial Times about the invasion by “corporate news” (in other words, the advertorials). While medium-sized communities see their referential newspapers disappear, mowed down by an unsustainable crisis, the field of native advertising continues to enjoy good health, ready to represent the interests of the clients and discolor the distinction – that the writer considers historically clean – between journalistic and advertising content. The issue goes back and forth in a global media debate continually tending to seek a way between sustainability and professional considerations. If for many in the newsrooms native advertising is an ethical problem, why does it continue to achieve so much market?

In the same article, Tomas Kellner, a former student at Columbia J-School and former journalist of Forbes, who currently works in communications at General Electric, tries to give an answer: [tweetable] “People these days don’t care as much about where the story comes from as long as it tells them something”[/tweetable]. In a context that provides free access, gratuitous production and loss of authority by the old ‘cathedrals,’ the reader is the sole judge of what is worth considering relevant, regardless of the source. It is necessary to think about the reader – regardless of whether you are a journalist or in PR. Mathew Ingram puts it in economic terms: “It’s a demand-based market now,” it is the consumer that shapes the supply, not the producer, and if the content is worthwhile, useful, “or meets a need of some kind, then it will work.” It goes for all content, advertising or editorial. In other words, as Jeff Jarvis says, if the product of a company that seeks publicity works better than a journalistic product, it is not the fault of the reader but of whoever has failed to meet his interests.