The war on journalism 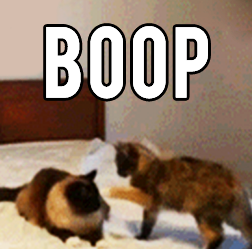 Journalism is awaiting a transformation which will not just invest its most “instrumental”, professional or economic side. The confrontation between paper and digital, which still animates the old newsrooms and commits publishers and advertisers to find a profitable path, is only the first step to the stage of profound and structural uncertainty that really dominates. These are the elements of a historic transition where it is necessary to understand who the real protagonists are to know how to distinguish the actor from the medium, the platform from the profession (which is doing fine, according to Mathew Ingram).

“Journalism is coping with two crises which are wrapped together”, explains George Brock, Head of Journalism at City University London. The crisis of the business model, in which advertising as a means of economic support no longer works, and a more widespread crisis of confidence in the media as shown by more than a few symptoms: the Leveson Inquiry issue and the wiretapping scandal in Britain, the difficult relationship between Obama and the press in the U.S., the pressure on journalists – and those around them – involved in the NSA affair, the very low levels of credibility of the industry in Italy.

In many cases there is a distortion of different (productive or not) values in an ecosystem almost indifferent to journalism, undermining its historical construction. A sort of “war on journalism” fought on several fronts, which threatens the cathedrals built in the course of time which are in inexorable disintegration, from the role of journalism in society and its reproducibility (and therefore its survival) to its market penetration.

The war on journalism

The story, the analysis and the divulgation of news from the American source Snowden for the NSA case, for example, forced the Guardian to ask the help of the New York Times. Such was the pressure of the British government on the newspaper of London to accept the proposal of ProPublica, which has offered to provide its services to defend the valuable work of connection with sources, verification and narrative put to use by Greenwald. In a way, newspapers and journalists “grouped together” against a system that was hindering the process of news disclosure and divulgation, and that prompted the directors of several worldwide newspapers and the World Association of Newspapers and News Publishers to officially protest to the UK government about the detention of David Miranda, Glenn Greenwald’s partner. It was a united reaction in response to an unusual action, as if they had thrown down a gauntlet in the face of information.

The sharing of sources between newsrooms, in response to such a blatant attack on the freedom of information, is what Jay Rosen said was an action “to make journalism harder, slower, less secure“, to create a network and to share the work in a sort of “state of emergency” as during a time of war, to encircle the system and continue to make journalism in an objectively hostile era. In the New York Times, David Carr pointed out that people like Assange, Snowden and Greenwald are themselves – in a sense – autonomous newsrooms, deciding in a very personal way how and when the news must be published (and in some cases answering to their own “activism” rather than a pure journalistic spirit –  which does not  mean it demeans the practice of the profession).

The other battlefield is the redefinition of the newspaper-scheme, the editorial work, the final product, and the whole process of selection and divulgation of news. While the possibility of a return to the glorious past seems gone for good – especially since, according to some, the unique “golden age” of the paper would have to be traced back to the first half of the 20th century, before the arrival of television – the weapons on display in the field are now certainly completely different. Adapt or perish, Brock warns, admonishing those who apply for work in the industry of the future and those who have to train the new recruits.

On NewsEntrepreneurs, James Breiner, director of the Global Business Journalism program at Tsinghua University in Beijing, lists some of the required new media skills ranging from the multimedia story (audio, video, photos, slides) to the analysis of large amounts of data, the ability to do “marketing” with one’s own signature and work on social networks; in other words, an all-round digital first protagonist who is more focused on the creation of meaning and storytelling with clear and inimitable content – a recent example is the timeline of Joshua Eaton of Al Jazeera America about the Snowden affair – than chasing page-views (numbers that according to Felix Salmon and many others are no longer sufficient to validate the success of an article or an editorial initiative). It’s a way to get new distribution channels and new users accustomed to the consumption of the Internet and to different “rituals”.

The war of business

This summer the thesis “the Internet did not kill the newspapers” – and certainly not journalism –  has found the biggest confirmation with the purchase of the Washington Post by Jeff Bezos, CEO of Amazon (which has been talked about extensively for weeks – here you will find a number of useful links to get an idea of the debate). The passage of the newspaper has become emblematic, not as much for what it apparently represents – new media which buys old media, or the infamous “iceberg that rescued the Titanic” – as for the future of a headline (or simply a brand) such as the Washington Post in the hands of a man who comes from a different and successful professional experience. It’s about who on the Internet, unlike traditional publishers, has managed to find a business model, but also the one who, in a sense, has opened yet another new battlefield of this “war on traditional journalism”. There is a trend towards the purchase of headlines by new actors and “outsiders” (only this summer, as well as  Bezos, Buffet bought his ‘new’ 28 newspapers and businessman John Henry took over the Boston Globe) who look at these publications as “companies” for their intrinsic value rather than for their “historic” product.

One of the interpretations is the transformation of the newspaper-product (or news-product) to commercial content adaptable to the Internet market, in an environment that has already seen the opening of heterogeneous affiliation models such as Amazon Prime. This is the sense of the Bezos acquisition, and that of his first address to the newsroom: put consumers – and not “readers” – at the center of the work. With a circulation that within a few years has fallen to an average of just over 400,000 copies per day, the fate of the Post, according to some like Ken Doctor, could be that of an assimilation to the Prime model, the privileged subscription offered by Amazon which guarantees the almost immediate delivery of the purchased products and a range of other exclusive services for only $79 a year. Pay a little but consume more, as noted by Frédéric Filloux on MondayNote. Prime customers spend an average of about $1,200 per year compared to $524 of regular users. An incentive to buy, with a strong editorial brand, a capillary system of delivery and a widespread and low-cost reading tool (Kindle) that could open up a whole new phase for the Washington Post and probably for the entire market.

The war of data

There is more. Companies like Amazon hold huge amounts of data about their users, so as to know the tastes, the way they purchase and use the products purchased, and be able to somehow “listen to the readers” to offer them the product that best fits the expectations of a specific market. Answering a few questions, and simply meet them: “Why did people read a story? How did they find it? What did they think of it?” is the thesis of Thomas Owen on ReadWrite, who, however, speaks of “tips” of the public to listen carefully but to not fully follow, to avoid a “desire to analytics” cynically painted in recent weeks by The Onion with the fake letter of  the CNN .com managing editor for the article on Miley Cyrus at the MTV VMAs. The same “packaging” of news may become subject to significant changes in this race towards new readers. And the models on the net, aside from Amazon, are many.

Another success story – as well as another company rich in data about its users – is Netflix, which this week Markham Nolan, managing editor of Storyful, looks at with a specific interest from the editorial point of view. It may not be far off when news will be redrawn to please the tastes, the economic capacities, the availability of readers’ time. As it works right now for the TV series – for which Netflix offers to buy episodes individually – very soon the need to buy an “unpacked” purchase could establish itself in the world of the media market, article by article, in mediaspheres in which one could aggregate in a virtual shopping cart products of different origin as already happens for video content of the portal. There is an ample choice of Netflix original titles and shows of several production companies. In fact, Netflix has begun to produce, using big data available on its almost 40 million users, thus making itself both producer and multi-channel platform.

The war of format

In the world of news, in its small way, the news aggregator TechMeme has begun in recent days to rewrite the titles of external items proposed, adopting a more “editorial” and less mechanical vision when much of the work of filtering and selection of the news was left to the algorithms. Digg, another experiment we have already written about, has been traveling for weeks on this ground, finding the consent of a loyal and growing community that recognizes the capacity to collect, with a visibly editorial hand, news from different sources with a consistent style. Circa does the same. These days, the app that breaks the news into bite-sized pieces is “expanding” beyond the iPhone to bring its products to the “browser” public beginning to enter into serious competition with other media. With its micro-posts Quartz, the economic arm of Atlantic Media, since this summer has become a serious competitor to industry blue-bloods such as The Economist and the Financial Times. It is just one of the weapons of this war, which in the end – perhaps – will see as losers only the paper as technical support and those who intended to enter the profession expecting a certain kind of scenario which is on the way to extinction.