Trust me. He’s a journalist 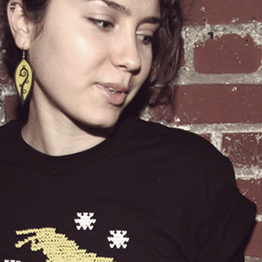 This week Harvey Morris, on the blog RendezVous of the International Herald Tribune, analyzed trust in journalism, taking a cue from an Ipsos MORI survey which questioned 1,018 British citizens on their level of respect for the press. The results show a very bleak picture: only one in five interviewed (exactly 21%) declared  trust in the journalistic class, on a par with bankers, just a little above politicians (18%) and even under real estate agents (24%). A rather meager result, says Morris, considering the ‘bizarre’ percentage of TV hosts who are accredited with 70%, nearly four times more than journalists. Journalists are probably judged too close to the political establishment to be considered worthy of trust.

Journalism and political parties are evaluated at a similar level. According to the author, such a low level corresponds to a substantial discrediting of the political class in Britain, combined with events which have certainly helped to undermine the credibility of the journalistic profession, such as the phone hacking scandal at The News of the World and the subsequent difficulties arising from the Leveson Inquiry. Without forgetting – recalls David Carr, quoted by Morris – the constant ‘race to the bottom’ of content, driven by a growing tendency to overproduction and the rapidity of publication with lower disposable income and gradually reduced ranks. “The trend in a lot of the media is toward more scandal, more controversy and more opining”, says John Lloyd, contributing editor of The Financial Times, complaining about the lack of  journalism based on endangered features such as “objective reporting, investigation and rational analysis”.

In the last few days, an interesting case of an author’s credibility and the ‘betrayed’ trust of the reader has surfaced in the US. The debate was focused on the blogger Maria Popova, writer for websites such as The Atlantic and the popular editor of Brain Pickings. The blog, followed by 500 thousand unique monthly visitors, is a source of pride for Popova both for the quality of content and their totally free and ad-free consultation. On Brain Pickings there are no banners or posts for promotional purposes, only donations of faithful readers, who have allowed it to survive exclusively on those donations, as Popova has always proudly claimed, similar to the situation of The Dish of Andrew Sullivan.

This week, an anonymous blogger whose name (Tom Bleymaier) was revealed later, did the math of Popova’s earnings and the Brain Pickings financing, analyzing the so-called affiliate links. These are links inserted into articles, books and other products on e-commerce sites – primarily Amazon – that would have provided her with a payment from each of her readers’ clicks. According to Bleymaier it is a turnover which could generate up to $400,000 per year.

The case has raised more than one issue. Above all, the refocusing of the classic debate on native advertising and sponsored content (including the most striking episode of the article about Scientology in The Atlantic), which was a kind of editorial content of an advertising nature – unlike the case in question. Secondly, this could represent the collapse of the hopes of economic sustainability for blogging, especially high-quality blogging, of which Brain Pickings seemed to be an example. And last but not least the ethics issue, which would refer to the use of so-called disclosures, explaining in simple terms to the readers that revenue is generated through the inclusion of certain content. Even more so if the economic independence and ‘authenticity’ are a flag, a source of survival and a trust ‘pact’ between reader and author – says Felix Salmon of Reuters. Prompted by Mathew Ingram on Twitter, Maria Popova admitted that she didn’t think her readers cared about the necessary disclosures and promised to add a note in her donation page to make clear the affiliation to funding programs.

Fact-checking: the dispute between The New York Times and Tesla

The Tesla vs The New York Times case also aroused interest this week. It started with a review by John Broder for the NYT of the ‘S Model’ Tesla electric car, made available by the company for a test ride from Washington to New York. The article, published on 10 February painted the car in an unfavourable light, stating that there was energy unreliability even in favorable conditions (low heating, speed limits), long charging times and bad performance. The production company didn’t just dismiss the criticism. In a post on the company blog, Tesla CEO Elon Musk published and analyzed the logs of the on-board computer which provides usage data of the car. This data contradicted the NYT article, which was defined in no uncertain terms as “false”. The reporter must have used the car improperly, traveling far beyond the limits, with the heating on and without following the directions on how to refuel.

This is another episode which has led to new ideas in the journalistic debate. Journalistic reporting can be contradicted, or at least questioned, through the easy checking of  sources. Consequently, the role of the journalist risks losing its former function of the unique depositary of and spokesperson for previously inacessible events and products, now analyzed and refuted by other players (citizens, companies) putting at risk once again the trust between author and reader. Dan Frommer writes that it is interesting to note how the company itself challenged the data. In previous times it would have simply replied with a paid advertisement or by contacting a rival newspaper. Nowadays, Frommer continues, every company is a media company, and in this case Tesla could argue independently, through a blog, becoming the source of news – as emphasized by Dave Winer – showing how the power of the press is continually on the wane. This doesn’t  mean that anyone with a hundred followers on Twitter automatically possesses ‘firepower’ like The New York Times, adds Ingram in PaidContent, but certainly for better or for worse it allows us to revise the meaning and method of journalistic work.

This week Frédéric Filloux, in MondayNote, discussed the future of the profession and the creation of a new digital journalism. The French general manager has invited journalists to find a new approach to the profession, which doesn’t follow the same processes of postwar methods and forms, using the same text structure aimed at suppressing the author’s thought and ‘color’ elements behind objective scenes and quotes of others. Those are twentieth century patterns, reproduced on websites that still adapt their articles to the standard ‘paper’, which should be revised to meet the changing tastes of readers respecting their ‘time’ commitment dedicated to reading (defined as “readers’ time budget”) .“Readers no longer demand validating quotes that weigh the narrative down. They want to be taken from A to B, with the best possible arguments, and no distraction or wasted time”.

Other key elements for the new profession, according to Filloux, would be the trust in the author and brand, which should lead the reader to trust in the veracity of the product. It would be a synthesis of a work ten times longer and which should lead – in this exchange – to a streamlining of the story and to taking on new stylistic tracks that are immediately recognizable (see “Some shift in power visible in journalism today” by Jay Rosen, about the value of the visibility and the relationship between author and publisher). Probably something more like blogs – another point analyzed by the author –  which paradoxically end up being the most interesting articles of the newspaper. However, unlike the articles, they are free and kept out of the paywalls, with the result that original content worthy of breaking free from the label of “secondary genre” is not monetized and the producers of the content are not adequately compensated.

The moral of the tale is that digital media needs to invent new genres, a call to new journalism through which the future of the profession will pass. If Paul Smalera of Reuters, in Medium, says it is a process that should see the journalist at the center, for Filloux it should invest the entire publishing industry. “While the blogosphere has yet to find its Tom Wolfe – Filloux concludes – the newspaper industry still has a critical role to play. It could be at the forefront of this essential evolution in journalism. Failure to do so will only accelerate its decline”.