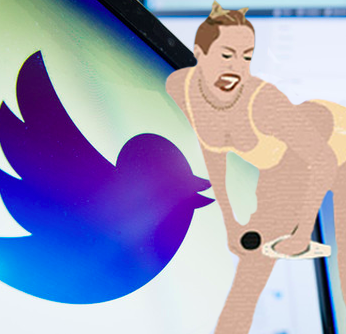 This week, many of the comments on the world of online media have focused on Twitter, its future as a social platform, as a distributor of news and advertising content and as a financial player. After launching the IPO, the San Francisco company intends to radically change the interface. According to Mike Isaac of AllThingsD and Matt Buchanan of The New Yorker, the goal of Dorsey and his partners would be to orient the core business of Twitter to the mobile universe, trying to establish itself as a major second screen application, the most natural «social soundtrack for TV» and the newest platform to test new advertising models. An evolution that may seem just commercial or aesthetic, which invests more than one level starting from what Twitter is in the media universe, and how it has earned this position over fierce competition.

In an article published on the website of the Harvard Business Review, Maxwell Wessel says it has become obvious how Twitter has now become anything but a simple social company. It is an open platform, optimized for public content, able to survive in the changing media marketplace thanks to the simplicity of a service that over time has established itself as “essential”. Whether you are a millionaire film producer or a YouTube user – says Wessel – you both need to involve the public in the same way and ensure that your product is shared: «There is a job to be done, and Twitter handles it quite thoroughly». John Naughton, on the Guardian’s Comment is free, goes further. He talks about Twitter as a service that «has the power to control the expression of public opinion in the political debate». According to the author, it generates a different impact compared to Facebook but  – most of all – it has the ability to make any user a news agency, transforming «ordinary people into broadcasters». Twitter, essentially, is a systemic innovation that invades both media and citizens, despite being created – like any company on the market – to make profit and monetize to the penny everything it offers.

The reason for the imminent Twitter restyling is to enhance multimedia content and conversations focusing on a stream much more similar to Facebook, Instagram or Pinterest for convenience and visual impact – applications where the photos, which have the highest rates of engagement, appear directly in the timeline. One of the major recent innovations has not been missed; the blue vertical line that reconstructs conversations between different users, disrupting the chronological order of the tweets and removing one of the pillars that the whole system of Twitter has been based on for years: the simple chronological sequence of tweets. These are substantial innovations for users but a change in strategy mainly for reasons of advertising, pieces of a larger mosaic that indicate the real goal of the company: to go straight to the TV market.

Since the summer Twitter has been testing the so-called “TV Trending Box”, a section of the site – and the app – focused on the most commented shows. It is an autonomous stream for television, which should be at the center of the new Twitter and its future business strategy. A bet that focuses on the potential traffic generated by real-time events, which are increasingly commented on within social networks, and new territory for mobile advertising, which on such a medium would find a whole new market in which to invest, and on a parallel platform that ‘completes’ – rather than competes with – TV advertising. A new course, completely ads oriented, says John Herrman on BuzzFeed, the direct consequence of the future IPO: more ads, but more «familiar», more similar to the «tweets from the people you follow, and (…) the subjects they’re tweeting about».

“Native advertising, a peril for journalism”

For a long time now, the real challenge of online advertising has been to look like editorial content (as shown here) and create what David Carr, on the New York Times this week, defines as the «storytelling» effect. Native advertising, which has already found widespread use on websites such as Forbes, The Atlantic, BuzzFeed, and (most recently) The New Yorker, is nothing more than advertising «wearing the uniform of journalism, mimicking the storytelling aesthetic of the host site». Carr reports the words of Joe McCambley, the inventor of banner ads – «the guy who ruined the Internet» – who expressed himself rather skeptically: when you accept ads of this type, although duly labeled, «you are gambling with the contract you have with your readers». «When you go to Forbes – which was among the first publications to adopt the native model in the section BrandVoice – you expect sound business advice and news (…). But what you get instead is a mix of staff content, contributor content and sponsored content. It’s hard to know where you are». The search for a model of sustainability, based on the ‘sale’ of journalistic values, risks devaluing the whole news apparatus – it is a «peril for journalism».

From the purely economic point of view, however, the model offers a glimmer of hope. This is the case of Quartz, the economic and financial news portal of The Atlantic (which we talked about last week) that, according to publisher Jay Lauf interviewed by TheMediaBriefing, should achieve its first profits in 2015 (just three years after its launch) thanks to the help of a strategy focusing on native advertising. A tough task, made up of experiments and analysis of feedback on advertising content, that seems natural to Lauf: «Advertisers are killing off print faster than it might die naturally» and a way «in a world that does not include people paying for your content online, or at least for a large chunk of it» must necessarily be found. At the moment, both for Quartz and The Atlantic, the revenue from digital advertising rose from 10% to more than 60% in five years.

Journalism for the rich

The editorial scenario of the future is yet to be written and the search for sustainable models is obviously still open. This week on Le Monde, Bernard Poulet analyzes worldwide publishing in the light of the purchase of the Washington Post by Jeff Bezos, his relationship with the newspaper-product and the future of print media. Poulet reflects on Bezos’ notion of newspapers as «luxury goods», where news travels «at two speeds»; on the one hand a kind of expensive, elite news for rich, well-informed, influential readers, on the other free news of low quality, following another agenda, which bases its survival on lower production costs and probably large amounts of advertising.

Newspapers for rich and poor, essentially, where the social role of journalism, the guarantee of horizontal information in the service of the people and an informed democracy, is likely to suffer significantly. The same journalistic profession is becoming increasingly inaccessible on a purely economic level. This week, the subject was addressed by Sarah Kendzior on AlJazeera. In the last few days, the U.S. Senate has tried to encode the journalistic profession by giving an exact definition of it and the protections it should enjoy. The bill talks about staff or the self-employed who have worked for a year in the last twenty years or three months in the past five years. This sparked criticism from those who called the  guarantees insufficient for those who practice journalism as independent bloggers and do not have a real profession (we have already written about this here). «Journalism is increasingly a profession only the wealthy can enter», Kendzior explains. People who have at their disposal a «financial parachute» that makes their freelance career possible are at an advantage, adds the Canadian author Alexandra Kimball. Journalism schools, which are often a prerequisite in many countries to enter the profession, have an average cost that is quite high (with fees ranging from 30 to 80 thousand dollars in the U.S.) making journalism, in countries such as Great Britain, the third most ‘exclusive’ profession to enter and the one with the least social mobility. «The result – Kendzior concludes – is that journalism is a profession which most Americans cannot afford to formally enter», beyond the actual definitions.