Two brothers convicted of murdering Daphne Caruana Galizia, how to change the way disasters are covered, and dealing with the emotional toll of investigative journalism 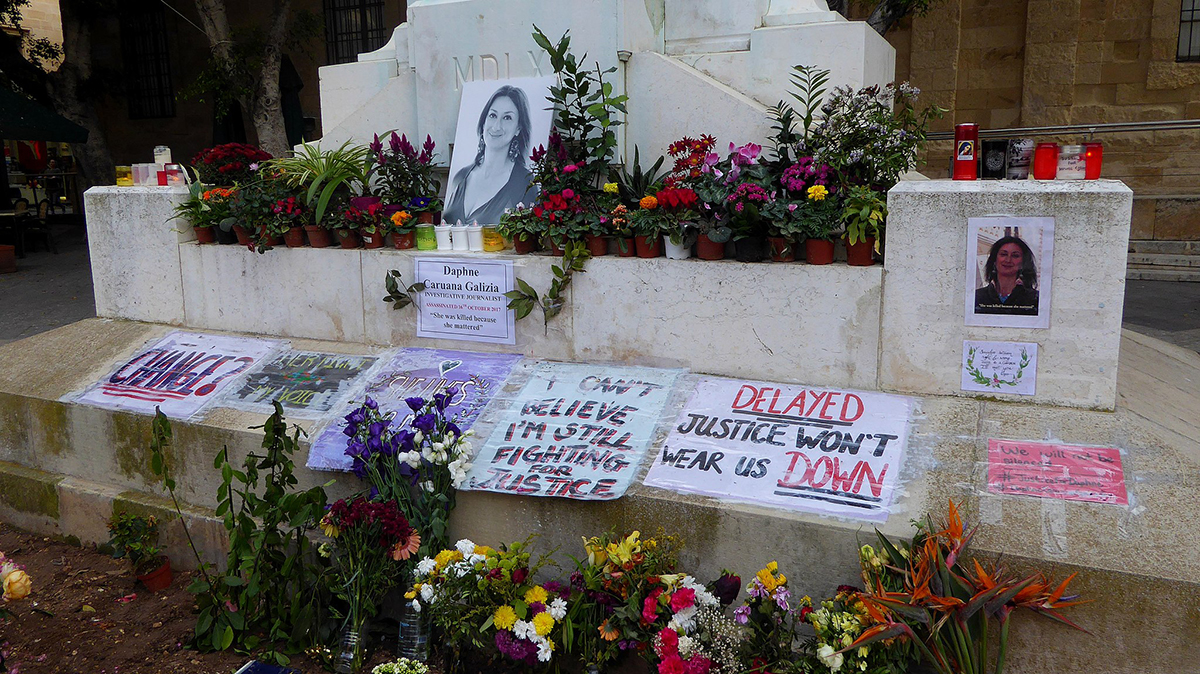 Two brothers convicted of murdering Daphne Caruana Galizia, sentenced to 40 years in prison. The 2017 assassination of the Maltese anti-corruption journalist rocked the island country and led to government’s fall.

As journalists, we need to change the way we cover disasters. Fewer tragic narratives about survivors, more stories about the causes of coastal disasters and who benefits from government rebuilding grants.

Dealing with the emotional toll of investigative journalism. After his contribution to the blockbuster Pandora Papers investigation was published, Kenyan investigative journalist John-Allan Namu hastily rented an apartment. He moved his family out of their home, pulled his children from school, and lay low for a month. It was then that he started to wonder if the job is really worth it.

In India’s hardest-hit newsroom, surveilled reporters fear for their families and future journalists. M.K. Venu, a founding editor at India’s independent non-profit news site The Wire, says he has become used to having his phone tapped in the course of his career. But that didn’t diminish his shock last year when he learned that he, along with at least five others from The Wire, were among those listed as possible targets of surveillance by Pegasus.

Hungarian journalists targeted by spyware have little hope EU can help. A reporter said that his phone now “stays outside” whenever he sees friends and family and he uses a special anti-tracking case when he attends professional meetings.

What AI image generators can do for newsrooms. The AI revolution in journalism is not just about text generation, but also creating new visuals via automatic image generation.

This Australian publication wanted to redefine journalism. Then everything went wrong. Staff are waiting on a big cash injection sometime this month. They’ve been told any legal action should be delayed until then. Some are unconvinced. As one employee put it: “Everyone has been duped.”

Meet the Facts Man: BBC’s Ros Atkins on the rise of explainer journalism. Over the past 11 months, Ros Atkins has been transformed from a semi-recognisable BBC presenter into a Twitter sensation. His explanatory, fact-heavy videos, delivered drily and with little emotion, are an unlikely social media success story.

How we know journalism is good for democracy. Local news strengthens democracy. People rely on local news to figure out who to vote for, how to speak up at school board meetings, how to run for local office, where to find vaccines, when to organize for change, and more. From daily reporting that equips people to act, to huge investigations that reveal corruption, the health of local news is bound up with the health of our democracy.