Unprecedented attacks on press freedom, Bellingcat’s investigation into the Navalny poisoning, and how to respond to falsehoods and conspiracy theories 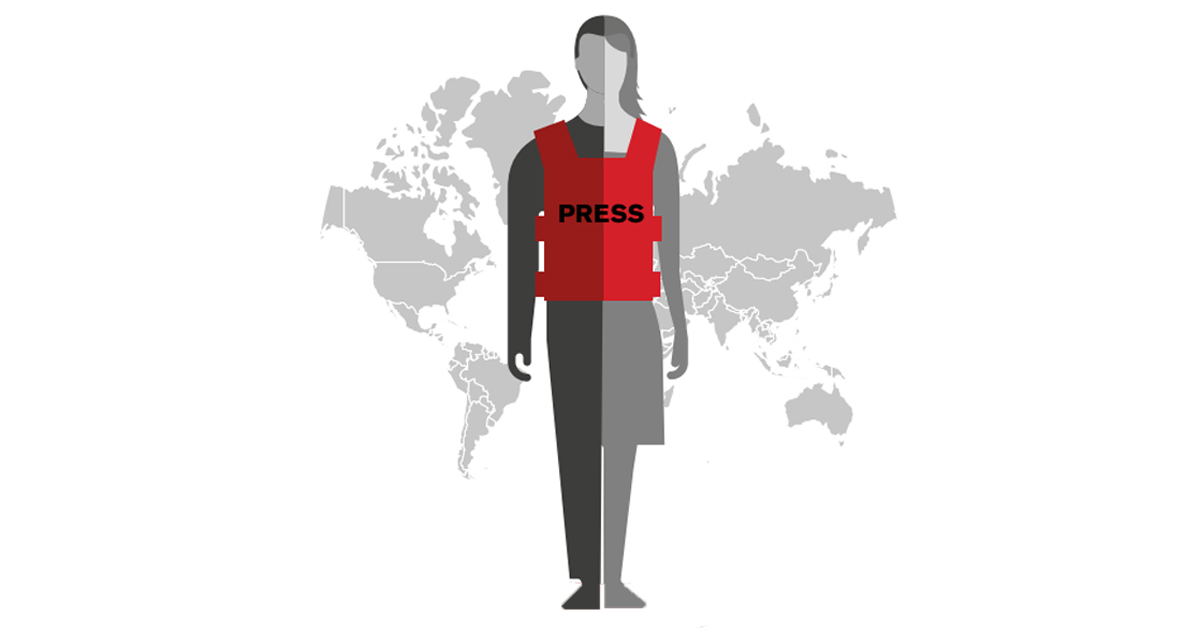 Press freedom: Journalists end up in jail for reporting on coronavirus crisis. Hundreds of journalists are in prison worldwide for not giving in to government censorship, according to the German chapter of Reporters Without Borders. The findings were published in its annual report on press freedom.

In 2020, U.S. journalists faced unprecedented attacks. As the Committee to Protect Journalists publishes its annual tally of journalists imprisoned around the world, not a single U.S. reporter is behind bars for their work. But that statistic belies the country’s marred press freedom landscape following the summer’s Black Lives Matter protests in which journalists were handcuffed, shoved, and shot at with less-lethal ammunition.

Ruhollah Zam: Iran executes blogger who inspired protests. Authorities say journalist Ruhollah Zam, who was convicted of fomenting violence during the anti-government protests, has been executed. Human rights groups have expressed outrage at his death.

Murder in Malta. In this week’s issue of The New Yorker, Ben Taub writes about the murder of Daphne Caruana Galizia, whose reporting exposed corruption within Malta’s governing class—and whose sons led a campaign for the truth that eventually brought down the government.

Polish reporters worry about newspapers turning into ‘hard-line propaganda’ outlets. Reporters and editors at dozens of Poland’s regional newspapers are worried that they’ll be fired or placed under political pressure after state-controlled refiner PKN Orlen earlier announced the acquisition of Polska Press Group — a major publisher of local media. They have good reason to be scared.

FSB team of chemical weapon experts implicated in Alexey Navalny Novichok poisoning. A joint investigation between Bellingcat and The Insider, in cooperation with Der Spiegel and CNN, has discovered telecom and travel data that implicates Russia’s Federal Security Service (FSB) in the poisoning of the prominent Russian opposition politician Alexey Navalny.

The COVID-19 vaccine is here. What journalists need to know. The vaccine is not a single silver bullet — we will still need to wear masks, wash hands and social distance to reduce the spread for some time. Along with medical experts and community leaders, journalists will play an important role in educating the public about the vaccines.

Twitter to remove tweets that spread lies about Covid vaccines. Twitter will remove tweets that spread harmful misinformation, starting with the Covid-19 vaccine, the company has announced – and from 2021 it will begin to label tweets that push conspiracy theories. The move sees the company follow Facebook and YouTube in tightening up policies around the coronavirus vaccination as the rollout of the jab begins across the world.

PolitiFact’s 2020 Lie of the Year: Coronavirus downplay and denial. Lies infected the world in 2020. The very worst were not just damaging, but deadly. President Donald J. Trump fueled confusion and conspiracies from the earliest days of the coronavirus pandemic. He embraced theories that COVID-19 accounted for only a small fraction of the thousands upon thousands of deaths. He undermined public health guidance for wearing masks and cast Dr. Anthony Fauci as an unreliable flip-flopper. But the infodemic was not the work of a single person.

The 2020 rabbit hole: Why conspiracy theories draw people in. Baseless beliefs have become more popular globally, promising orderly answers to those experiencing confusion, isolation and grief in an upside-down world.

Facts are an insufficient response to falsehoods. “When confronted by falsehood, we need to tell the truth, of course, but we need to focus on truths bigger than a fact check: truths about network dynamics, the history of polarization, and the formation of political identity,” writes Whitney Phillips. “The people who love and live with falsehood-believers, on the other hand — they have a much better shot at explaining things in frame-sensitive ways that might pull believers back from the edge of the rabbit hole, or at least throw a rope down for those already gone. The best stories in 2021 will provide the kind of context, and the kind of rhetorical models, that can help everyday people have better — more informed, more strategic, more identity-minded — conversations with the believers in their lives.”

Failure to understand Black and Latinx communities will result in a critical misunderstanding of the impact of disinformation. That most newsrooms do not represent the audiences they are meant to serve is well known. As awareness grows about the impact of disinformation on communities of color, the absence of reporters, social media staff and funders from those same communities is becoming an increasingly urgent issue. This year, First Draft partnered with the Disinformation Defense League (DDL), a collective established by the Media Democracy Fund that is composed of over 200 grassroots organizations across the US tackling disinformation and voter suppression campaigns targeting Black, Afro-Latinx, and Latinx communities. Inquiries First Draft received from newsrooms showed an obsession with the impact of a small number of issues, such as birtherism claims about Kamala Harris and niche voting demographics in South Florida, rather than attempts to understand the much more fundamental impact of the pandemic and of systematic voter suppression campaigns against Black and Latinx communities.

‘I tried to become part of Wuhan’: Hector Retamal – agency photographer of 2020. There was one unavoidable story of 2020, which touched everyone around the world: the coronavirus pandemic. What is fascinating about Hector Retamal’s work is that he has covered the crisis almost exclusively in China, which bore the initial impact and led the events that followed around the globe in the months to come. Images that came to dominate our consciousness were first seen in Wuhan as the virus struck. Retamal’s photojournalism follows a narrative arc, from the initial discovery and spread of the virus, through the treatment and containment efforts, and towards a more hopeful exit on the other side. The Guardian spoke to Retamal about his experience covering the story.

Americans may answer survey questions “aspirationally,” leading to overestimates about their news consumption. A new, yearlong analysis from the Pew Research Center indicates there is “strong evidence” self-reported numbers — low as they may seem — may be inflated. This is apparently especially true for Americans.

(Image via Reporters Without Borders)