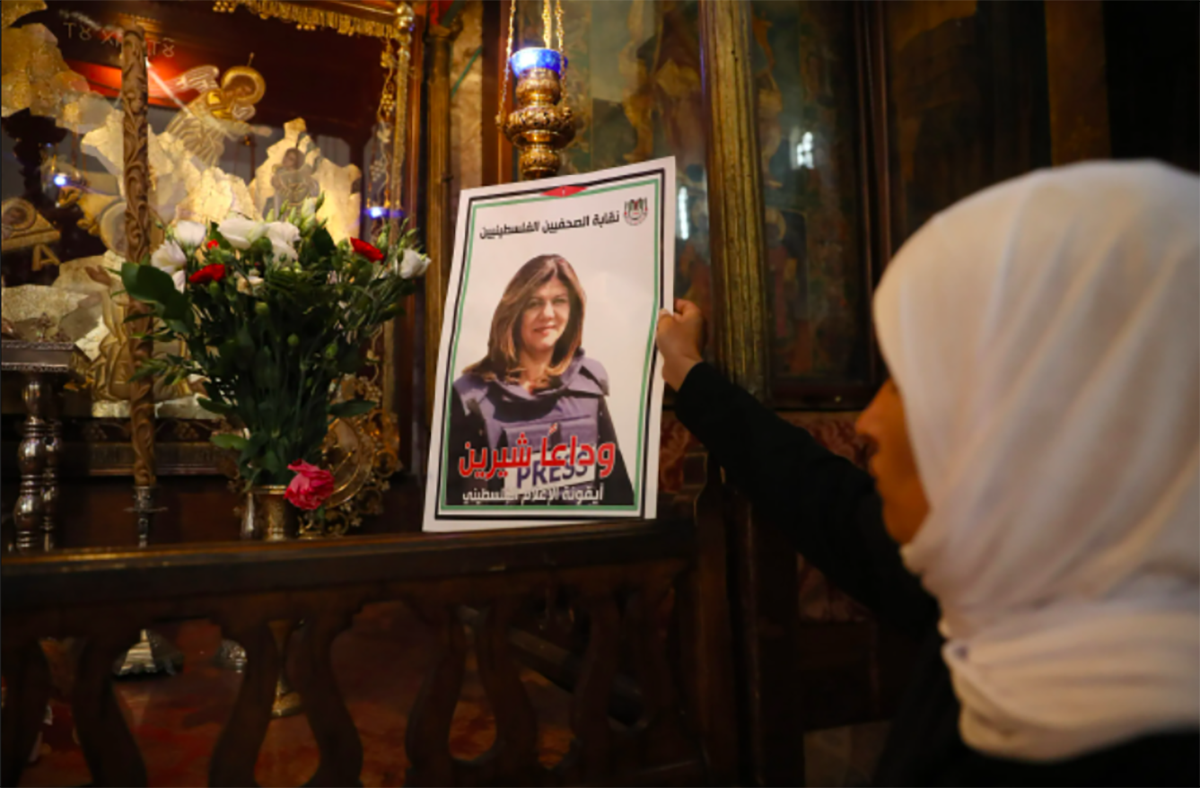 Two slain in Mexico are the latest in unrelenting slaughter of journalists. Yesenia Mollinedo Falconi, the director of a weekly publication El Veraz, and Sheila Johana García Olivera, a reporter, were shot dead inside their Ford Ikon outside a roadside convenience store in the town of Cosoleacaque about 350 miles east of the capital Mexico City on Monday.

Chilean journalist dies after being shot while covering Workers’ Day marches. Francisca Sandoval, 29, is the first journalist to be killed in the line of duty in Chile since the Pinochet dictatorship.

‘The Killing of a Journalist’ director on taking a broader look at corruption. Conflict hot spots, war frontlines, and violent protests may seem the most obvious places for journalists to die in the line of duty, but “The Killing of a Journalist,” which recently premiered at Toronto’s Hot Docs, compellingly illustrates how investigative journalism—particular the kind that crunches numbers and sticks its nose in the shady corners where politics and organized crime intersect—is more insidiously deadly.

This year’s Pulitzer Prizes. Once again, the Pulitzers recognize The New York Times and The Washington Post in what seems like an annual rite of passage.

Elena Kostyuchenko: ‘The Russian secret services somehow knew’. Elena Kostyuchenko reported atrocities as they unfolded inside Ukraine until Russian censors forced Novaya Gazeta—her employer and Russia’s oldest independent newspaper—to halt publication. How did she gain access to the country her homeland was invading? What did she see there? And how does she view Russia’s future?

The “Festival dei Due Mondi” is an authentic flagship of Italian culture and art, on which, for the 65th edition, the curtain will rise in Spoleto, from 24 June to 10 July 2022. In the splendid theaters, open spaces and unconventional places, the Festival returns to offer as a showcase and catalyst for the best artistic expressions at an international level, from music to dance, to theater, with meetings and special events that contribute to making it unique. A concentration of art and beauty in a city, and in a region, all to be known and admired.

Reporting from the outside: lessons from investigative journalists in exile. Ever since Russia attacked Ukraine in February, almost all remaining independent Russian media outlets and at least 150 journalists have been forced into exile, following a brutal crackdown on free expression and journalism by the Kremlin. Some are operating from rented homes or donated office space in Eastern European capitals like Riga, Vilnius, and Prague, while reporters struggle with residency permits, housing, blocked Russian credit cards, and anxiety.

In Ukraine, investigative journalists are now on the frontlines of covering the carnage and chaos of war. ICIJ speaks to our Ukrainian reporting partners about how their lives and work have changed since Russia’s invasion.

Why diversity and representation in your newsroom matter for its revenue and long-term development. It might seem that newsroom diversity largely lies in the ethical realm and has little influence on revenue, readership, or engagement. That’s not true. Here are the main reasons why media managers should think about the diversity in their newsroom, besides obvious moral arguments.

Ukrainian press steadfast despite wartime challenges. A new report by the Media Development Foundation outlines how local news in Ukraine has operated since the Russian invasion. Unsurprisingly the study, which surveyed thirty-nine regional, independent news publishers, shows a radical transformation in many operations, but also the enormous resiliency of the local press.

Another language, another alphabet: Polish media adds Ukrainian sections amid war. Poland, which has taken in more Ukrainian refugees than any other country, is launching news products for them.

About the Amazon Mining Watch. The Amazon Mining Watch is a partnership between the Pulitzer Center’s Rainforest Investigations Network and Earthrise Media. These two nonprofit organizations have joined forces to bring together the power of machine learning and investigative journalism to shed light on large-scale environmental problems in the Amazon.