Engaging the reader in every corner of the web. The @Buzzfeed lesson 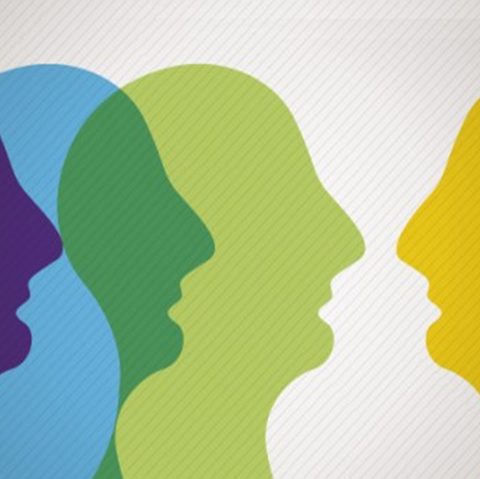 South by SouthWest (SXSW) is always an event where you can learn something, without necessarily taking a plane and attending in person. Via live streaming, Jonah Peretti reported on the future of news from the point of view of BuzzFeed, which he founded and developed and now boasts up to 200 million visitors per month and one billion videos viewed per month (a year ago there were 60 million). From referrals to views on the social web On a global scale, BuzzFeed is one of the most visited news websites, largely due to its popularity amongst Millennials (those under 30), starting from social networks. Peretti talked about links, views and long-term strategy. On a monthly basis, considering only clicks on links amplified on Facebook, Twitter and Pinterest, the numbers of BuzzFeed are impressive (respectively 349 million, 12.5 million and 60 million).

The dimensions of the phenomenon increase dramatically if, instead of taking into account the clicks on the links, we count the views of the content disseminated and published on the three platforms. 11.3 billion views on Facebook, 6.4 billion on Pinterest, 847 million on Twitter. It is immediately clear how Pinterest raises interest (and clicks) far superior to Twitter. What Peretti tells us is that what really counts are not the clicks but the views, and that this is what needs to be driven for the development of BuzzFeed. … the idea is to move to a model where native content is published on distribution platforms. No more hooks to attract traffic and sell banners, but content published directly on Facebook, Twitter, YouTube and Pinterest in the form of text, video and images. How to monetize it? At this stage, the focus of BuzzFeed is on attracting the largest number of users, not on its own profile that will be monetized in a second phase, probably with sponsored content. One example is the video series “Dear kitten” which is a big success on YouTube with 22 million views, sponsored by Purina.

The idea will certainly make the platforms happy because they will have their users spending more time on them. It is very possible that Facebook, Google and Twitter will do anything to promote this phenomenon which is already used in different forms. Who controls the algorithm through which content is evaluated has the power to penalize or encourage, in the (not very) long term. If an editor publishes just links, they will take less and less direct traffic. If videos or anything else are posted directly, it is very likely that Facebook, Google et al. will allow the cake to be shared with them. The extra step that Buzzfeed has developed and is still developing is to check all the publishing tools, from content creation to the graphical interface up to data collection that creates the understanding of what works and what does not, when and where, and much more. It may seem banal at first glance, but it is strategic in the long term and it is necessary to invest now, because this is the real competitive advantage over any competitor. The development of Buzzfeed is based on a vision that has three main pillars: its website, the world of apps and distributed content. The web is one of the three pillars, but not the only or even the most important one. The example given is #thedress, the article that in a week generated a total of over 50 million views on the website. The inspiration came from a post published on Tumblr, to show how the relationship between user-generated content is essential to gather ideas, experience and… become explosively noticed! The second pillar is represented by apps and mobile. Being aware that mobile web means apps for more than 80% of people, BuzzFeed is proposing a set of various apps for content and interactivity. From the BuzzFeed app, with content focused on entertainment, to the BuzzFeed News app and the Cute or not app. A third of users uploaded a photo and the app has been used over 70 million times in a few days, with the content posted by users. Give users a well designed platform and everything is already done. What would be the value of an advertisement for cat or dog food that is published in that context? Much, much more than a banner on any website, mobile or not. Got the message?

The third pillar is native content. The video of Obama having fun making a selfie was posted directly on Facebook, where it has received 50 million views. The idea is the same. To inform or entertain users directly where they spend their time, without forcing them to come on our website. Today it may seem crazy, but what if this were actually the advantage of tomorrow? I am not convinced that being bound to the managers of the platforms is a good strategy, but for BuzzFeed this is one pillar out of three, not the only one. The final message of Peretti is that what matters to BuzzFeed is to measure how content is shared on the web, not how many clicks it has generated or how many page views it had. If the business model is not selling banners that are progressively losing their value, the argument is flawless. What matters, if not to monetize distributed content, however, is to learn – TO LEARN – through data collection and feedback given through users’ behavior. The idea is that the more you learn, improve, grow, progress at an international level, become important, count, the better you will monetize at the right time.