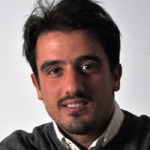 "The video has assumed a strategic importance for political campaigns in the last few years, I'd say since 2008. However, it is surely destined to become the main method of communication to persuade undecided voters" [Tedd Goff, the Obama campaign's digital director].

If on the web a picture is worth a thousand words, a video is worth at least a million. Companies have noticed it, as has the largest company in Italy, namely politics. Young Americans between 12 and 17 dedicate a third of their time spent online watching video in streaming. This means that in a world of connected devices CONTENT IS STILL KING. If elsewhere the debate on  techniques of viral-oriented web video editing has already been going for a long time, in Italy the issue has only begun to be addressed recently. Experts, spin doctors and media agencies have analyzed the internet memes in an attempt to come up with the secret formula.

This workshop will start with video marketing and then move on to a discussion of concrete issues related to production, with the dual aims of stimulating reflection on the importance of audiovisual content in Italian political communication, understanding the causes and analyzing the effects, and of providing concrete tools to those who need to create and produce a web-oriented video.