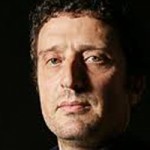 Buttanissima Sicilia is a panegyric of satire and pride, courage and omissions. The interpretive reading is inspired by the book of the same name of the writer Pietrangelo Buttafuoco, who in just over 200 pages tells the uncomfortable truth of a wicked and destructive political system of a Sicily as a needy beggar. A theater of the absurd that is based on rhyming couplets, vastasate (a type of popular farce in vogue in Palermo in the second half of the eighteenth century), verbal duels and defeatist ballads. It tells of the exploits of the farcical puppets which describe the Sicilian Parliament as an imaginary carousel of picturesque Giufàs with flamboyant and contradictory careers, who always make the same false promises. (In Sicilian Literary tradition, a Giufa is a defenseless innocent who is vulnerable to every form of trickery). Actor and interpreter Salvo Piparo imagines a mysterious Wax Museum, populated by some of the most representative characters of the Sicilian defeat. Mastro Don Gesualdo, the famously bad Totò Vasa Vasa and the very evil il Vantone (the Braggart), splendid as a brilliant idea, Monsieur Pappagone, surrounded by good little nuns who make a political fast. There is also a small window open to the pititto world, the needy  hunger that brings us back to material things and the pride of being able to survive despite everything.

Buttanissima Sicilia is a female clown with incredible talents, inspired by bad faith. Moving on a precarious wire, she tells the story of a Sicily which falls into ridiculousness, through a series of misleading pantomime and lies. Costanza Licata and Rosamaria Enea are the traveling companions during the entire show, reading out loud the text of Buttafuoco with music and songs. To intersect all the stories, there is a retelling of the poetic and extraordinary figure of Peppe Schiera, who draws his little verses from the play of the same name written by Salvo Licata. The end of the show is a tribute to a Sicily that doesn't exist anymore, written by the duo Ficarra&Picone. On stage, there will be the spirito di patate, a playful carousel by the strolling players that recounts the "things of Sicily." This is the real retaliation.