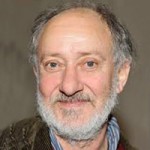 The headquarters of the Abruzzo Experimental Center of Cinematography - National Film School presents the multimedia installation L'Aquila, frammenti di memoria (exhibition of photos and texts + dark room for listening to radio reportage and video projections), made by the students of the beginners course of Audiovisual Reportage (2014) led by Daniele Segre. "Memory" as intellectual and emotional tension of those who, having experienced the earthquake and being daily witness of its inheritance, want to maintain a link with an identity, fragmented by the spatial and relational "explosion" triggered by the 6 April 2009 earthquake.

To be followed by a discussion with Daniele Segre and the students of the CSC in Abruzzo.