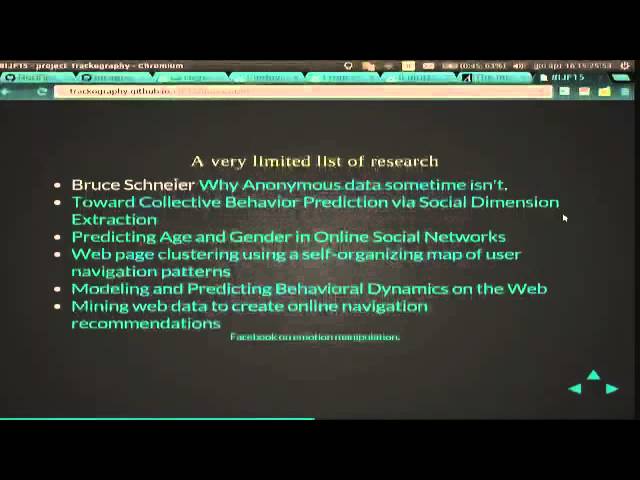 Trackography - the flow of data from a geopolitical point of view

The business model of online media, which appears during user navigation as a seemingly innocent banner between intelligence and legal gaps, is causing a flow of data towards foreign nations. This data, apparently justified by advertising, is forming the basis of of a new geopolitical relationship between nations and companies. Through simple navigation data, a  profile can be easily defined. With many profiles that can be localized, a nation or a company knows in real time what the interests, perceived needs and preferences of a group are. This group can be extended to a state, to a linguistic affiliation, a religious identity, a very specific area, and lead up to zooming into a person. In other words, the infrastructure of online news is in the hands of other states and companies. If one of them does not respect the rules, or creates new rules or compromises itself, the users of a particular news media are exposed. The project was presented in its embryonic version at ijf14, and later sponsored by the Tactical Tech Collective.