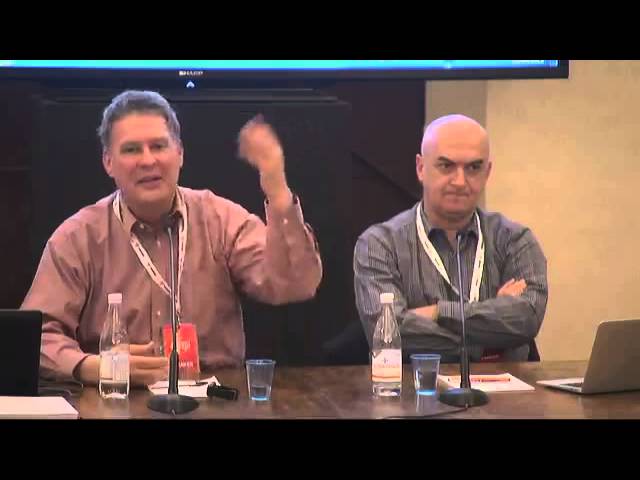 Turkey: a media under siege

International organisations whose brief it is to defend journalists from oppressive regimes have long focused on Turkey as a country which imprisons individuals for the expression of unwelcome news and challenging ideas. However, in recent years the pressures on the Turkish media have been largely financial. Free and independent media are forced to compete against large press organisations who finance loss making operations from other businesses that benefit from government grace and favour. Prison has been replaced with the threat of dismissal and an even more insidious  culture of self-censorship. Yet even this critical situation has deteriorated, with government showing new determination to control the flow of news, firewall dissent and exert pressure on social media.

Yavuz Baydar is the winner of last year’s special European Press Prize and the Umbria Journalism Award. Andrew Finkel has been a correspondent in Turkey for over 25 years and writes for the international and Turkish language press. Together, they helped found P24 – a platform to defend editorial independence in Turkey. In this panel, they discuss the problems facing Turkish media and the strategies Turkish journalist use for fighting back.