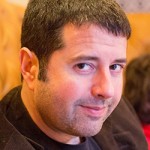 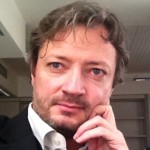 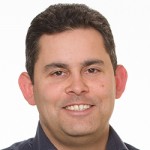 Virtual reality, once the stuff of science fiction, is now poised to go mainstream through consumer devices like the Oculus Rift, Samsung GearVR and Google's Cardboard headsets for Android phones. Even the Viewmaster is making a comeback with a VR add-on for smartphones. What does this mean for journalists? Now instead of just telling or showing people what happened, we can go one step further and virtually transport people into scenes using 360-degree films and 3D-modeled recreations.

Join Dan Pacheco, the Peter A. Horvitz Chair of Journalism Innovation at Syracuse University's S.I. Newhouse School of Public Communications, for an overview of how you can begin creating your own story experiences for VR headsets using freely available software and inexpensive hardware. In addition to teaching the first Virtual Reality Storytelling class in a journalism school, Pacheco served as a consultant to Gannett Digital and The Des Moines Register on Harvest of Change, the first large-scale use of VR for explanatory journalism. After the talk, sign up to give VR journalism a try in the Oculus Rift DK2.