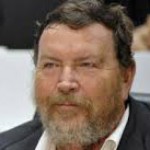 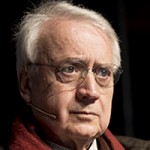 To defend our identity. But which identity? The Christian West or the Enlightenment West? Liberal democracy or egalitarian democracy?

Paolo Flores d'Arcais vs Giuliano Ferrara. Two well-known Italian intellectuals - one on the left, the other on the right - will discuss "our identity." They will also refer to the recent book by Flores d'Arcais entitled La guerra del Sacro-terrorismo, laicità e democrazia radicale (The sacred-terrorism war, secularism and radical democracy).

Isis has declared war on the world of civil liberties created from the Enlightenment. Moderate Islam is often invoked to defeat fundamentalism but how many contradictions are there behind this term? According to Flores, to respect the "diversity" of cultures when it implies subjugation of women and clerical obscurantism should not be countenanced because at root it is only a wretched betrayal of our values. Justice and freedom and mass enlightenment are the basis from which to start. For many years, Giuliano Ferrara has been one of the most consistent champions for re-establishing the idea that every political and cultural choice should be based on Christian values and that believers and non-believers alike must follow "sicut Deus daretur," as requested by Pope Ratzinger.