In defence of Julian Assange and Wikileaks 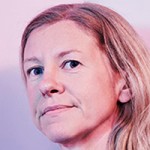 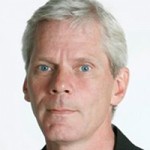 Julian Assange is currently in Belmarsh, a high-security prison in London, awaiting a UK court decision on the extradition request by the US government. If extradited to the US, and if convicted there on the Espionage Act charges against him, he will likely spend the rest of his life in prison for revealing war crimes and torture.

Julian Assange and WikiLeaks have published important information in the public interest and they have pioneered a model so effective that it has been copied by many. They started a platform for the anonymous submission of secret or otherwise restricted documents, a concept which has since been adopted by almost all major media outlets. They also established cross-jurisdictional collaborative reporting, now a model for major organizations like the ICIJ which published the Panama Papers. Today leaks are everywhere, but how many media organisations would be willing to publish the next Cablegate, as WikiLeaks did ten years ago? And how many would be willing to help the next Edward Snowden, as Sarah Harrison and WikiLeaks did?

The panel will consider the current charges against Julian Assange by the US government, the implications for press freedom, and the role of whistleblowing in modern society.