#ijf20talks   | with simultaneous translation in English and Italian 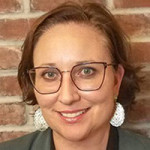 Why does a 26-year-old journalist decide to go undercover with six cameras on her body, living an isolated life as a Hindu nationalist, undertaking one of the riskiest undercover operations? What happens when the contents of the investigation are censored? How does the world's largest democracy threaten, intimidate and stifle a journalist who has been exposing Narendra Modi's majoritarian regime?