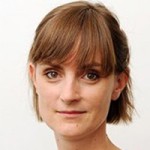 Amelia Gentleman is a reporter for The Guardian and author of The Windrush Betrayal, Exposing the Hostile Environment (Guardian Faber Publishing, 2019). She won the Paul Foot award, Cudlipp award, an Amnesty award, journalist of the year British journalism awards and London press club print journalist of the year for her Windrush investigations. She has also won the Orwell prize, feature and specialist writer of the year. Previously she reported from Delhi, Paris and Moscow.