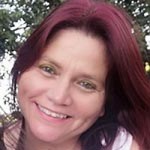 Award-winning Colombian investigative journalist Claudia Julieta Duque has been the target of intimidation, harassment, threats and surveillance since 2001, when she began investigating into the murder of fellow journalist Jaime Garzón and she found out that agents of the Administrative Department of Security (DAS) were involved in a cover-up. For security reasons, she has been forced to leave Colombia on several occasions.